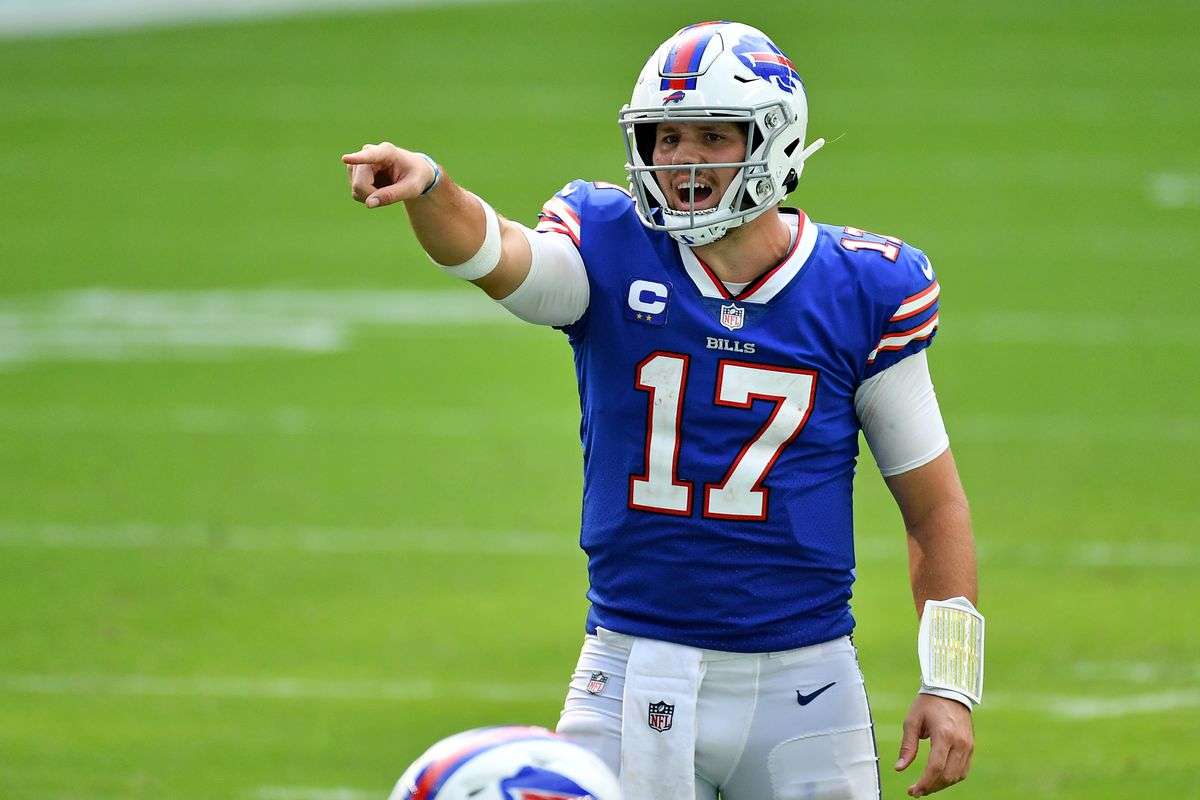 The latest DraftKings showdown slate for 2020 brings us the divisional matchup between Buffalo @New England. Monday Night Football! Buffalo has finally dethroned Bill Belichick and his Patriots from the top of the AFC East, winning their first divisional title since 1995. Whilst the Chiefs have already locked in the No. 1 Seed and home-field advantage in the playoffs, I don’t envisage Buffalo coming into this game at anything other than full-speed. They’re out to prove to the rest of the league just how good they are – and what better way to do it, than against a divisional rival on prime-time national TV, who also happen to have won 11 straight division titles? Buffalo have leapt out to 7.5 point favourites, with the O/U currently at 47. Keep an eye on injury updates on this one, as there could be some real value slots opening up closer to kick-off.

Josh Allen has received his fair share of criticism since being taken seventh overall in 2018. This season, however, he’s had a Pro Bowl-calibre season, currently at 4000 yards passing, with a 30-9 TD-INT ratio. Combine that with 383 rushing yards, and 8 rushing TDs, and you have a DFS player with serious upside. He comes in with a hefty price tag in the captain spot, but with his rushing upside, he could be the optimal choice. However, one thing to be wary of is that Allen actually had his worst DraftKings score this season in Week 8, when these two teams faced off, managing 13.46 DKPTS. Despite this, his upside and rushing potential is simply too scarily high to ignore.

For more of a middle-ground Captain I really like Meyers in this matchup. He’s New England’s clear WR1 and figures to see a fair number of targets with tonight’s predicted game script. Whilst he had a quiet spell Weeks 11 through 14, he went off last week against a solid Miami secondary, catching 7 of 11 targets for 111 yards and 20.1 DKPTS. He had a solid Week 8 in Buffalo, scoring 13.8 DKPTS and I don’t hate him in this matchup. Whilst Cam has been very poor in the passing game, Meyers’ price is low enough here for me to consider him in the Captain spot, to be able to pay up for a couple of other studs in the Flex spots.

In Week 8, Moss went 14-81-2 rushing against this poor New England run-defence, and I like his chances again tonight. Over the last 2 games Moss has seen 26 carries to Singletary’s 15, so I prefer Moss in this matchup. The Patriots rank dead-last in rush defence DVOA, whilst allowing 4.6 yards per carry (24th). Coming in as 7.5 point favourites, Buffalo could opt to run the ball a fair amount to run down the clock by the fourth quarter. If it reaches this point, Moss could put up some big numbers, similar to Week 8.

Michel has definitely been a fantasy-disappointment this season. Despite that, I quite like his value here, should Damien Harris end up missing this like he did last week. Against Miami, Michel went 10-74-0 in the run game, acting as New England’s RB1. Whilst Cam takes away a lot of his rushing TD potential, $7,000 is quite cheap for an RB1 facing a Bills side ranked 18th in rush defence DVOA. The potential is certainly there, however if Harris is active, he becomes a lot more difficult to trust.

I normally try to stay away from DSTs on showdown slates, but they do have a very favourable matchup here, and are on a roll with a TD 2 games running. They come in at a hefty price tag, and will likely need a TD again tonight to hit value. However, that certainly is a possibility when facing this Cam Newton-led Pats offence.

If John Brown ends up sitting, Davis is probably the next best alternative for those downfield throws from Allen, and has 4 TDs across his last 6 games. If Brown is back, I will probably end up fading Davis.

As Buffalo enter with highest implied-points total, Bass is my favourite Kicker. He should get plenty of opportunities here.

My GPP dart-throw on this slate is New England TE Dalton Keene. He saw the field on 52.7% of offensive snaps last week, compared to fellow TE Devin Asiasi’s 49%. He saw 2 targets last week, catching 1 for 2 yards. With New England out of play-off contention, we could get to see a bit more of their younger guys in action, and Buffalo have surrendered 16.1 DKPPG to opposing TEs this year, 2nd worst in the league. He also sports an impressive moustache in his DK picture.

So, there are our DraftKings selections for the 2020 Showdown of Buffalo @New England! Remember any DFS questions, you can check out our articles here. Or you can find us on Twitter, Facebook, or Instagram.