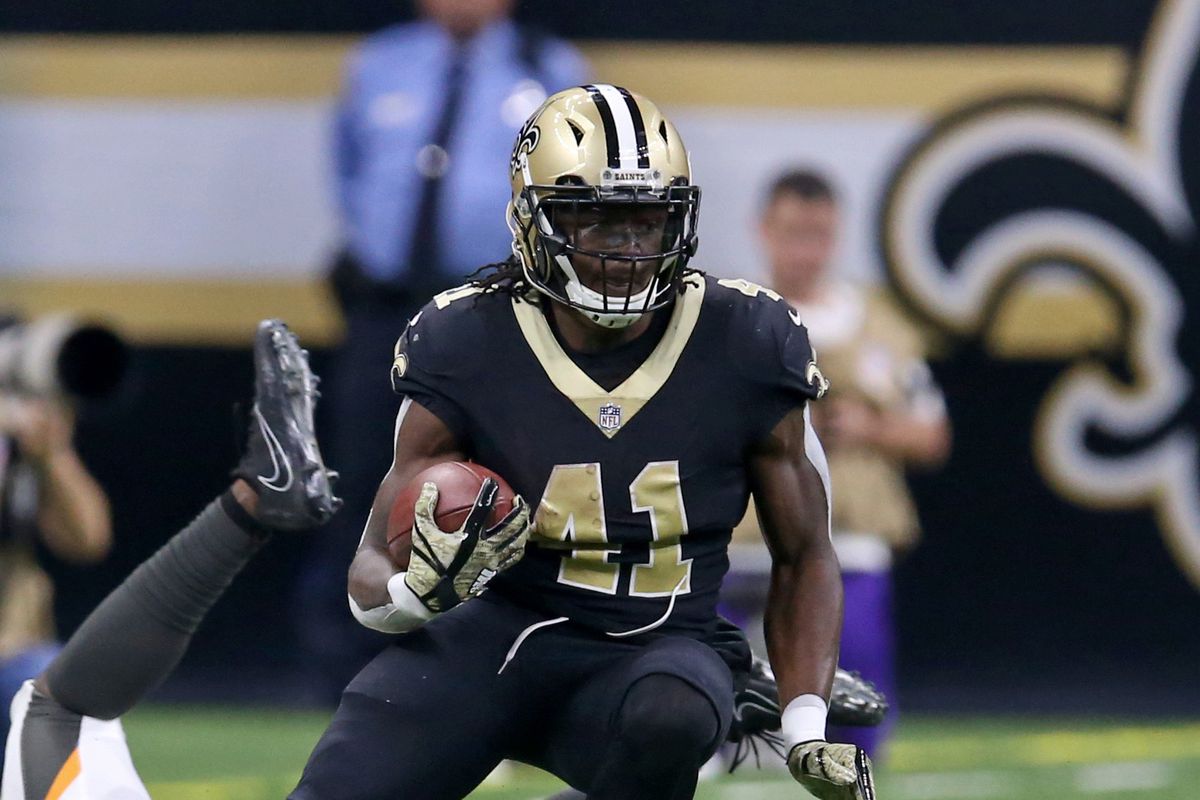 It’s time for an extra special DraftKings Showdown 2020 slate- it’s Christmas NFL action Minnesota @New Orleans! One of the many things I love about watching US sports from across the pond is the plethora of NBA action we get on Christmas Day. This year we also get an NFL game, as we are treated to a matchup between two elite RBs in Dalvin Cook and Alvin Kamara. New Orleans is currently 7-point favorites, whilst the O/U sits at 50.5, 2 points down on the opening figure. Let’s take a dive into some of my favorite picks for this Christmas Day Showdown!

Whilst Kamara didn’t exactly explode with Brees back under centre last week, he did have another solid fantasy outing. He caught his first TD pass since Week 10, but failed to reach 100 scrimmage yards for the seventh straight game. However, last week the Vikings defence gave up 162 yards and 2 TDs to David Montgomery, so I’m expecting big things from the Saints’ dual-threat RB. He comes in at a hefty price, but I think he is definitely worth it in this matchup, and should definitely be considered in the Captain spot, whilst practically being a lock in at least the Flex position.

Jefferson has the highest O/U receiving yards on the slate at 65.5, and is priced accordingly. This Saints Defence is no pushover; however Jefferson comes in with a somewhat favourable matchup, as he should be shadowed by Marshon Lattimore. The Saints CB has surrendered 41 receptions on 66 targets this year, at an average of 14.1 YPC, and 7 total TDs. I expect the Vikings to be playing from behind for a large proportion of this game, so the Viking receiver could see a fair number of targets – he’s seen double-digit targets in 4 of his last 6.

With so many viable high-priced studs on this slate, I think the best approach for this matchup is to fit in a value-play at Captain. My favourite is currently Johnson, who looks to be slotting in at WR2 for the Saints against a somewhat vulnerable Viking’s defence after Tre’Quan Smith was placed on IR. He saw the field on 76% of offensive snaps last week, more than any other Saints WR (including Sanders). Despite not catching a pass last week, I have every confidence in him stepping up his game on Christmas Day, and prefer him to Lil’Jordan Humphrey based on their price difference.

It’s no secret Dalvin Cook has been unstoppable this year. New Orleans ranks 2nd in rushing defence by DVOA, however Cook looks threatening regardless of who he faces. Over the last two weeks, the Saints defence have conceded 267 rushing yards, and 3 TDs, so are certainly vulnerable. Meanwhile Cook ran for 132 yards on 24 attempts, to go with 27 yards on 5 catches. His capabilities in the passing game mean he is certainly in play even with a predicted game-script of a Saints lead. If you go with a value-pick at Captain, it certainly gives you enough salary space to fit in both RB studs here.

Given that I expect New Orleans to have more success in the passing game, Brees is probably the safer QB play on the slate. He looked below-par early on against Kansas City, however grew back into the game and threw for 3 TDs and 234 yards. Despite a depleted receiver corps in this matchup, I think Brees is certainly capable of another big game against a poor Vikings Defence.

Sanders comes into this matchup as WR1 for the Saints, and will likely be Brees’ go-to receiver with Michael Thomas and Tre’Quan Smith on IR. He led the Saints in catches and receiving yards last week, and figures for a similar outing again this week.

Jared Cook had a disappointing outing last week, managing 2 catches for 29 yards, and 4.9 DKPTS. Despite this, he comes into this matchup against a Vikings Defence surrendering 51.5 yards per game to opposing TEs. Jared Cook is currently +175 to find paydirt on Christmas Day, with only Kamara and Sanders on the Saints with shorter odds, and if he does should be a good value play.

Conklin has a stat-line of 8-97-1 over the past 2 weeks in the absence of Kyle Rudolph. With Rudolph ruled out of Friday’s game, Conklin should see some action again. Priced $2,200 cheaper than Irv Smith Jr., I definitely prefer Conklin here. The Saints defence has surrendered 44.7 YPG to opposing TE, to go with 7 TDs on the season.

If you want a real punt on a value play on this slate, Callaway is your guy. Minimum priced, Callaway was activated off IR on Thursday, and with a depleted Saints WR corps, could see the field on a fair number of snaps. In Week 7 against Carolina, Callaway caught 8 catches for 75 yards, so the potential is there. At $200, he allows you to fit in plenty of studs in your line-ups.

So, there are our DraftKings selections for the 2020 Showdown of Minnesota @New Orleans! Remember any DFS questions, you can check out our articles here. Or you can find us on Twitter, Facebook, or Instagram.