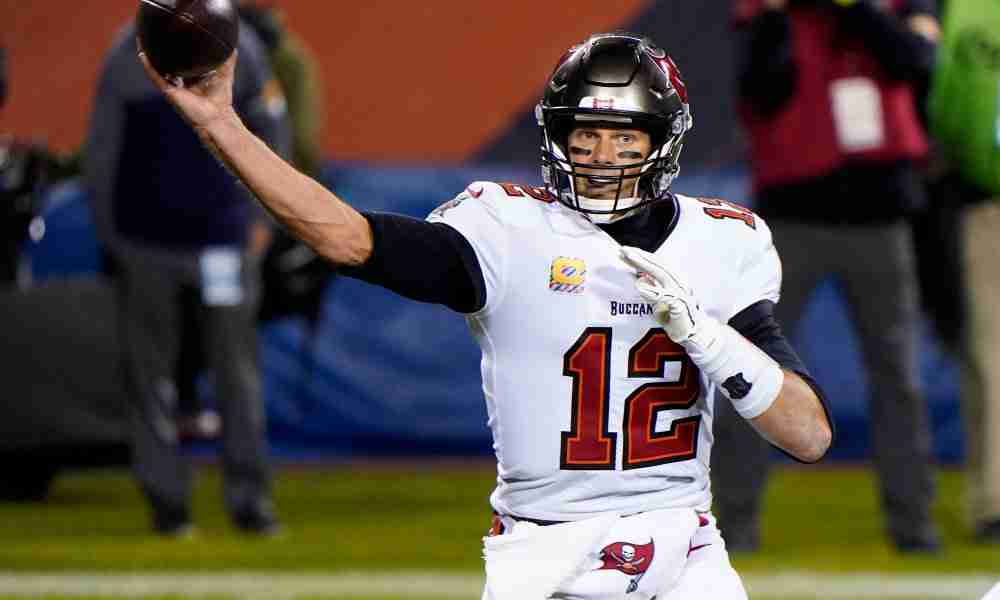 The 2020 playoffs are here, and we continue with our DraftKings Showdown coverage with Tampa Bay @Washington, my favourite of the 3 games we get on Saturday. The Saturday Night Football clash sees Tampa Bay travel to Washington to face the NFC East winners. As I’m sure you’ve all heard hundreds of times this week, Tom Brady has never played a wild-card game as a road team in his 21-year NFL career. On Saturday however, he travels to FedEx Field and faces an interesting matchup with the Washington Football Team. Tampa are currently 8-point favorites, with the O/U sitting at 44.5.

TB12 will probably be the highest owned Captain on this slate, and for good reason. Despite his somewhat slow start adjusting to this Tampa Bay offense, he has shown why he’s been the league’s MVP 3 times in his career. He’s put up 26+ DKPTS in 3 of his last 4, with a 12-1 TD-INT ratio. The WFT defense does present a sturdy opponent, however, as they currently rank 6th-best in the league in pressure percentage. Despite this, I think Brady’s playoff experience should pay dividends here, especially against this young Washington side. I expect another clutch playoff performance from Brady on Saturday.

With Evans leaving last week’s game with a knee injury, and drawing a questionable tag leading into this weekend’s matchup, I love Godwin on this slate. Even if Evans plays, I think his role will be limited, meaning Godwin has the potential for a huge game. Whilst Antonio Brown led the team in targets last week, I wouldn’t read into it too much; as I believe this was done to help Brown reach a contractual incentive. Brown needed 11 catches in the final week to pocket a cool $250,000. Coming in as the most expensive Tampa Bay receiver on this slate, I think he could potentially be overlooked by some. But he is definitely my favourite, and is a perfectly viable option in the Captain spot.

With so many expensive pieces on this showdown slate, a route I may be taking in roster construction is to pick a value guy at Captain. McKissic is my favourite of these cheaper guys. Last week he struggled, with 2 rushing attempts for 0 yards, and 5 catches for 30 yards (8 DKPTS). This week, he now faces a defense who have surrendered the least yards on the ground this year (60.25 per game). Despite all this, I think McKissic should still do well. WFT will likely be playing a large proportion of the game from behind. Meaning McKissic should see a solid amount of usage in the passing game. As I said last week, although Tampa Bay has been elite versus RBs on the ground, they’ve actually surrendered the most receptions to opposing RBs. He’s my favourite contrarian captain, and should be somewhat low-owned in the Captain spot.

Like I said earlier, I imagine if Evans does suit up for this one, he should be limited in some capacity, which opens up a really nice opportunity for Brown. He’s finally priced up to reflect his usage in this offence, and he should certainly do well on Saturday. In the last 4 games of the regular season, Brown averaged 8 targets, 6.25 catches and 78.75 yards. He could see even more work on Saturday, and should soak up a large percentage of Evans’ workload, even if Evans ends up playing.

I was sceptical of playing McLaurin last week, but his ankle injury didn’t seem to hold him back against Philly. He may have only hit 40 receiving yards, but he hauled in 7 catches and found the end zone as well. Again, in a game WFT could be behind in, they may be forced to air it out, especially considering the strength of Tampa Bay’s run defence. He’s pricey, but certainly has upside, and is the clear top receiving option in this WFT offence.

Again, this choice comes down mostly to the predicted game script. After coming back into the team last week following two games out on the reserve/COVID-19 list, he put up some solid numbers against a decent Atlanta run defense. He went 12-78-1 on the ground, and out-snapped fellow RB Fournette too. In 3 of his last 5, he’s scored at least 15 DKPTS, and whilst WFT’s run defense is no pushover, they have allowed an opposing RB to score in 3 of their last 4 games. In a matchup Tampa Bay should be playing with a lead, Jones could put up some decent numbers.

Tampa Bay love to rush the QB, and currently post the 5th-highest blitz percentage amongst NFL defenses. Washington’s pass protection has been solid, but not so much against the blitz. In their previous 3 games this season against top-10 blitzing defenses, they turned the ball over 5 times, allowed 11 sacks, and scored just 4 TDs across 34 drives. Alex Smith had a poor outing last week versus Philly, and I think Tampa Bay will look to make the most of this matchup and should do well.

Besides the two kickers, Sims is probably the cheapest guy I will be playing on a very top-heavy slate (in cash games anyway). He’s seen 22 targets in his last 3, to go with 13 catches and 132 yards. Despite this, he’s actually priced at his lowest point since Week 12. Tampa Bay has been average versus opponent WRs fantasy-wise this season, giving up 39.9 DKPTS per game to opposing wideouts, 12th-worst in the league, to go with 17 TDs. Sims is definitely viable, and allows you to roster in more of the higher priced players available.

So, there are our DraftKings selections for the 2020 Showdown of Tampa Bay @Washington! Remember any DFS questions, you can check out our articles here. Or you can find us on Twitter, Facebook, or Instagram.