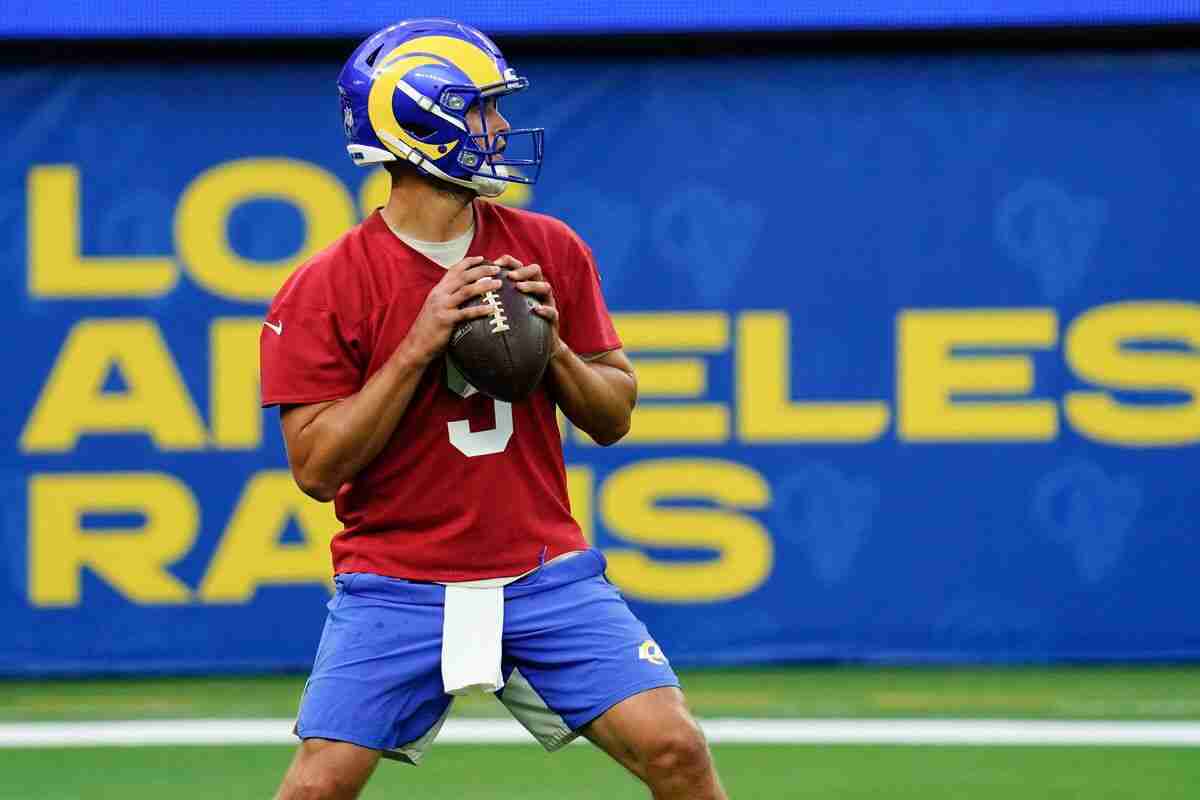 This season, as with last, we are here to cover the DraftKings Showdown slates for the 2021 season, starting with Chicago @Los Angeles. But let’s jump straight into it! The moment we’ve all been waiting for Sunday Night Football. Unfortunately, this game will be one-sided as the Los Angeles Rams are heavy favorites. Vegas has the O/U at 46.5, one of the lower scoring games of the weekend. The Rams are expected to win by 8 points, the third-highest spread of the weekend. Before we dive in, let’s talk about showdown lineup strategy. The best way to approach any showdown is to pick a game script and find as much correlation as you can. For Sunday Night Football we expect the Rams to blow out the Bears, so we should aim to have at least 3 or more Rams players. The Rams are mostly likely to go up early and then run the ball to the ground until the game ends. With this perspective in mind, we are ready to jump into our picks.

When Cam Akers went down, Sean McVay quickly told ESPN “[He’s] intrigued about seeing how [the young backs] handle this opportunity] Well, the young back Darrell Henderson is poised to lead the Rams at the RB position. Expect him to get a ton of touches as the Rams quickly take control of the game. The Rams offensive line is one of the best in the league and the new veteran quarterback should have everyone in the right place. Following the game script outlined above, the Rams could elect to run for most of the second half.

The former Detroit Lions QB is in a new city on a new team and with an opportunity to go far in the playoffs. The Rams spent a pretty penny to bring in the veteran signal-caller and every cent worth. Stafford is ranked 4th in all-time passing yards and has a career average of 1.95 TD/int. For most of his career, he’s played on a subpar team but now he has a line, receivers, and a decent rushing attack. On Thursday Night Football, Chris Collinsworth kept raving about Stafford’s touch, especially on the tough, heavily guarded, deep throws. Expect him to be the reason the Rams take over this game early.

This guy has a knack for finding holes in the zone, especially during crucial downs. No wonder his nickname is “Third and Kupp”. If this game was projected to be competitive Kupp would easily be a captain. However, with the blowout risk on our radar, he rounds out to be a nice filler piece in our lineup. Expect Stafford to use Kupp on 3rd down to keep the chains moving. Last year Kupp ran 82% of the routes and was targeted 8.3 times a game. With Stafford under center, we should expect nothing to change.

The 29-year-old WR can do it all. He can beat his man with precision route running, jump up and win 50/50 balls, and separate from his defender after the catch. Robert will have more opportunities to make plays with Stafford on the team. Last year he made 90 catches but only accumulated 936 receiving yards- lower than his past two seasons. Look for that fuel him this season, starting against the Bears.

The Bears will most likely use David Montgomery as a bell-cow. Andy Dalton is in trouble, and won’t have much time to get the ball out of his hands. The times he can sit comfortably in the pocket, there is a low probability one of his WRs will be open. The most reliable way for the Bears to move the ball up the field is with Montgomery. The linebacking core of the Rams is pretty soft so they should try to run the offense through him.

The Rams defense Achilles heel is their linebacker core, but that shouldn’t be a problem as the Bears offense is nothing impressive. Aaron Donald should create enough pressure to keep Dalton unbalance. Also, their defensive backs are elite- Jalen Ramsey, Darious Williams, Taylor Rapp, etc, etc… The Rams D should be able to capitalize on any forced mistakes. Hence the Vegas odds and the game script.

Andy Dalton is not a decent quarterback and then add a holey offensive line, we get a one-way ticket to sack city. This is a great spot to fade Dalton, save the cash, and use it on Henderson or Stafford. Instead, we should consider Cole Kmet. The young tight end should see plenty of targets against the Ram’s linebacker core. If you think the Bears find a way to score or even keep it close, it will be due to TE play…but who is thinking that other than hardcore bears fans.

So, there are our DraftKings selections for the 2021 Showdown of Chicago @Los Angeles! Remember any DFS questions, you can check out our articles here. Or you can find us on Twitter, Facebook, or Instagram.