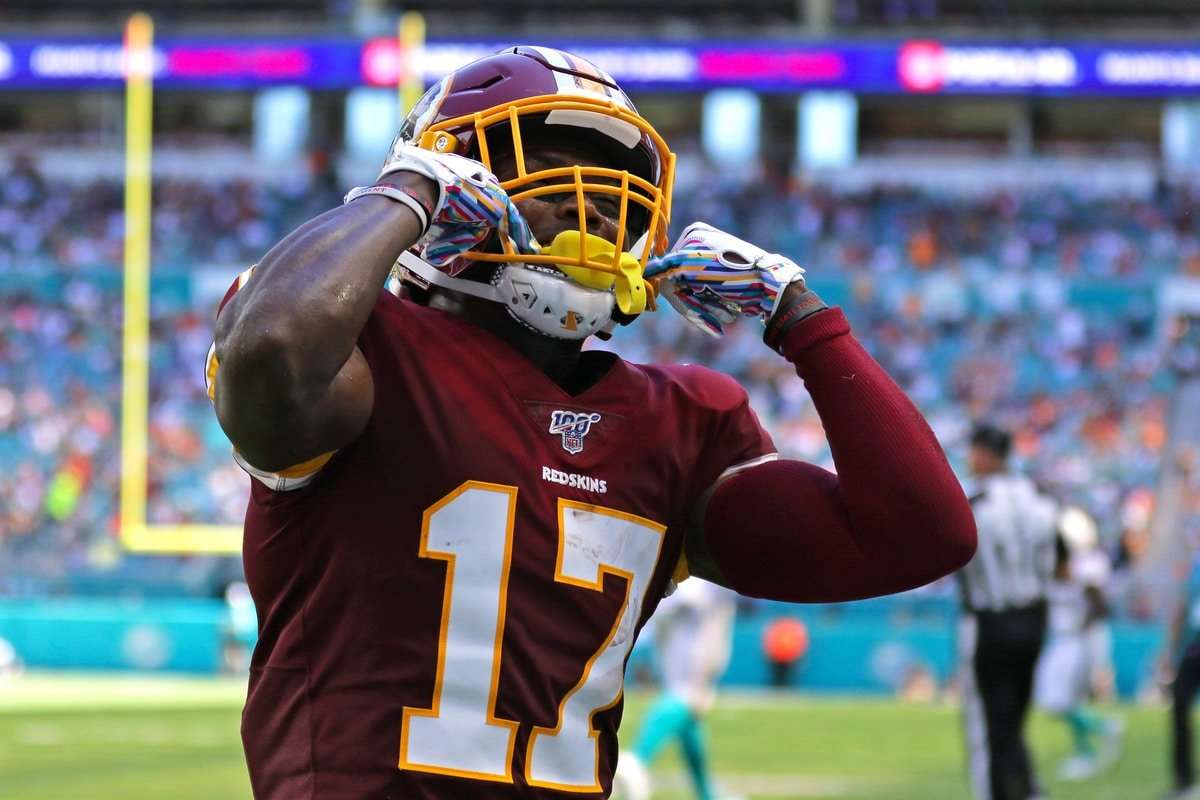 Finishing off another Sunday of the 2022 season- the DraftKings showdown, New York @Washington. These two met just two weeks ago, finishing in a 20-20 tie with a decent amount of production all over the field. The defenses in this one are likely to be the ones to dominate the overall outcome, with the defensive lines of both strong units. The O/U here is set at around 40 points, with Washington a 5-point favorite.

Jones has been decent this season, even with the Giants being forced to put third-string receivers out constantly. A big reason for his success though, is running the ball. He has run the ball 30 more times than his previous career-high. If he connects with his receivers, and breaks off a decent run he has a good shot at being the highest scorer on the slate.

I’m going against everything that I normally say with showdown slates. Don’t put QBs in at CPT outside of a handful….and now I’m saying there are two options. Heinicke throws the ball plenty of times in this offense, 41 times when these teams met in Week 13. More likely a flex option, but I’ll have some CPT shares of him.

McLaurin had a great game when these two met in Week 13, with 8 receptions for 105 yards and a score. Washington are more than happy to air the ball out with Heinicke. McLaurin is going to be my main CPT play on this slate.

I could get burned here, but I’m not convinced on having Barkley as a CPT on the slate. He was saved with a TD when these teams met two weeks ago, as he struggled to get much going against this Washington defensive line. With the volume he is getting in the offense he could definitely burn me here, but I prefer him in the flex.

Robinson is getting the carries, Gibson is getting the targets. As a result, it’s really hard to put either of them in a lineup with much confidence. They are likely both to end as ‘meh’ plays, unless one of them scores two TDs. If I had to choose between them I’d go for Robinson, who has been getting plenty of carries in the offense and looking good with them. But, I’m not crazy about either of them.

Slayton being one of the most consistent receiving options on the Giants roster says alot about this receiving room. Had a great time against this secondary two weeks ago, with six receptions for 90 yards. With his deep threat, really only needs one long reception to go for a TD and he smashes value.

Samuel is the WR2 for Washington, but there is next to nothing between him and Dotson. Samuel had a nice start to the season, but ended up struggling to keep that up. With his role in the offense as a gadget player, he could absolutely smash this slate. Just as Taysom Hill has the chance to for the Saints. Like Hill, needs a TD if he is going to hit value- normal production won’t do it.

Dotson is similar to Samuel, with the targets not really being there to rely on week to week. Two weeks ago against the Giants, he finished with 9 targets for 5 receptions, 54 yards and a TD. If he repeated that, he would be a very nice low-owned option.

Bellinger seems massively over-priced here. He has only caught 24 passes for 195 yards and 2 scores on the season! He is on the field a decent amount, and had 5 receptions for 24 yards in the game two weeks ago, but I just can’t understand the price. I can’t put him into lineups and feel too good about it. I’d rather take a shot elsewhere.

For example, I’d prefer either of these receivers, who are a decent bit cheaper! Hodgins has had two similar games back to back, with a few receptions for next to no yards, but both games falling into the endzone. Not a floor here to speak of, but has the ability to hit value if he keeps his scoring streak going.

James is my favorite play of this mid-tier, and I don’t mind him as a real dice-throw CPT to save salary. James has been getting a decent number of targets, and been falling in the endzone. The issue is that with his inefficiency this season he really does need that score to hit value here. If he manages to bring the performance he had last week against a tough Eagles defense, he is going to smash the slate.

Thomas brings back some nice memories of PPR value as he was the check-down king at a time. But that’s not really happening now. Since returning from injury mid-season he has had a total of 20 targets in six games. Much like Bellinger, I don’t really get the pricing here, and I’m not going to have many (if any) shares on the slate.

Different positions but similar outlook here. Bates is the backup to Thomas and only really is going to have value if injury puts him on the field. Brown equally just isn’t getting on the field enough to feel good enough to play him and needs an injury to free him up to get on the field. As a result, these are really gambles that could easily give you a zero.

The kickers are both very much in play here. Two offenses that can move the ball, but stall at times, two effective defenses. We should see plenty of attempts at goal. Graham Gano ($4,200) has had more attempts this season but has also missed three kicks at varying ranges. Joey Slye ($4,000) has been a really important part of the Washington offense, keeping the scoreboard moving with his boot. Has missed 3 of his 23 attempts this season, but they have generally been longer-range kicks.

The defenses here are both going to have a huge impact on how this game goes. The Giants DST ($4,800) are going to give up plenty of yards, but their pass rush is mean and should be able to get after the QB, tallying up sacks and forcing turnovers. The Commanders DST ($3,800) is another unit that has a decent pass-rush and are set to welcome back Chase Young to the lineup. Daniel Jones hasn’t turned the ball over as much this season as in previous seasons, but he is still getting sacked alot- 41 times this season. I’ll have both DSTs in my pool on the slate.