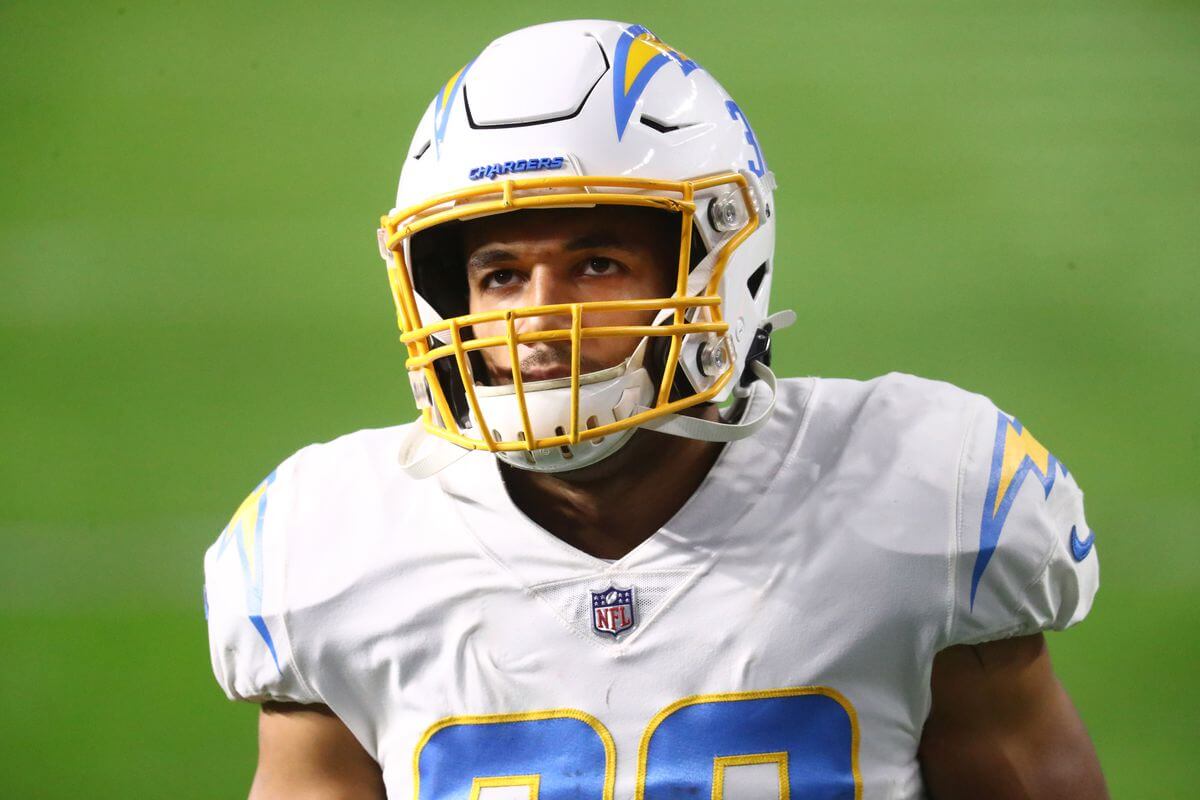 Kicking off Wildcard weekend for the 2022 season- the DraftKings showdown, Los Angeles @Jacksonville. These two teams met right at the start of the season, Week 3, but the version of Herbert the Jaguars was one that was suffering with injury. Vegas have set the Chargers as a FG favorite, with the O/U set at 47.

Ekeler is the majority of the Chargers offense, with his involvement on the ground and through the air. With his work in the receiving game in particular, on DK’s PPR scoring he has a rock solid floor and a ceiling pretty much higher than anyone on the slate. Solid CPT choice on the slate, albeit very obvious.

Allen has a huge matchup here, the Jaguars have struggled all season to stop receivers having big games (especially in the slot), and with Williams out is going to get more looks here. Should be able to get double-digit targets in this one, and could get 100+ yards here. A nice pivot from Ekeler as CPT.

The Chargers defense has struggled to limit RBs on the ground this season, giving up an average of 27.5 DKPts. In an ideal world, Etienne would get more targets in the offense, with only 45 during the regular season. But, his volume on the ground can’t be understated. At some point, his TD numbers should catch up with the volume he is getting in the offense. Ultimately, think I’ll use him in the flex more than the CPT spot, but worth considering.

Kirk popped last week against the Titans, but I’m not sure he repeats here. The Chargers have been better at defending the slot receiving position, but their secondary overall isn’t all that strong. Jones is moved around the field, and has shown his ability to have big games this season. Infact, when these teams met all the way back in Week 3, he caught 10 passes for 85 yards and a score. At this price too, gives you alot of room to create some nice builds.

Herbert is an elite fantasy QB, and after suffering a few weeks where he struggled to do much, has put together back-to-back performances with good numbers. The way the Chargers find success here is through the air, even without Mike Williams, which should give him plenty of ceiling on the slate against a Jaguars secondary that has given up an average of 19.5 DKPts in the regular season.

Lawrence has been great in his second year, looking more and more like the player he was drafted to be. With him leading the offense, they made a playoff run, and have an opportunity here. The Chargers defense are a tough unit though, but Lawrence has at least shown that he isn’t shy to get into the endzone with 5 TDs on the season.

Kirk seems to have changed his receiving type since moving to the Jaguars. He used to be a low-end receiver who was pretty consistent in PPR leagues, now he is very hit-or-miss, despite getting 133 targets in the regular season. The Chargers secondary aren’t a strong unit, but they have been able to limit production to slot receivers this season. With the pricing too, there feel like better options on the slate.

Palmer is going to be highly owned, with Williams ruled out of the game. Palmer has been an effective ‘next man up’ for the Chargers this season as both Allen and Williams missed time this season. His involvement actually put him second on the team in targets, behind only Ekeler. The pricing allows you to get alot of the top options in your lineup, and Palmer could easily top 100 yards against this secondary.

Engram looks like the version that entered the league with the Giants. Has a great ceiling with his involvement in the redzone, as he could score multiple TDs. But he could equally flame out, with the Chargers being an effective unit at limiting TE production. I prefer him to Kirk as a Jaguars receiver, but you need to be aware his floor is pretty low here.

Ekeler is the clear RB for the Chargers, but

Everett should be inline for a few more targets with Williams ruled out of the game. Everett has been on a bit of a scoring streak, with back to back games with a score. The Jaguars have given up a chunk of scores to the TE position recently too, so there is every opportunity that he continues his streak. At the price, he is a great play on the slate.

Hasty is the backup RB for the Jaguars, and only getting a handful of touches in the offense, but has shown he has big-play ability. I’m not looking to have many shares of Hasty, but given the struggles the Chargers have had defending RBs this season, he is worth a long-shot in GPPs.

Carter is likely to be on the field alot more this week with Williams ruled out. Carter is a deep-threat with his speed, meaning he wouldn’t need to have that many targets to really hit value at the price. The issue is that he is yet to top 73 yards on the season, despite having multiple games where he has been on the field for more than 70% of the snaps in the offense.

Jones wasn’t really involved in the offense this season, until the past two weeks where he has totalled 13 targets. Hasn’t shown the big-play ability that he had in earlier seasons, but if Kirk struggles here, Jones could continue to see more targets in the offense. The pricing is great too. A nice punt play on the slate.

I love Parham’s ability in the redzone, where he is pretty much impossible to limit due to his size. Has pretty much no floor, with only 12 targets this season. A definite long-shot, but if you need to save on the slate this is pretty much the end of the line.

I love the kickers on the slate, with both teams having effective options to put out on the field. Cameron Dicker ($4,000) has missed just one kick this season, which was a long-range (50+ yard) attempt. The Chargers have relied on him in plenty of games too, for FGs and PATs. However, I prefer Riley Patterson ($3,800) on the slate. The Jaguars have looked to him in plenty of their games to keep the scoreboard ticking. Has shown his ability to convert from deep, and been accurate. If the Chargers do manage to stall the Jaguars offense, Patterson should see plenty of volume here.

Not sure I’m really sold on either DST here. The Chargers DST ($4,200) have shown the ability to get after the QB with 40 sacks this season but those have really come in bunches. The Jaguars offensive line has managed to keep Lawrence clean to end the season too, with 4 sacks in his last 5 games. In playing the Jaguars DST ($3,400) you are really hoping to get a big play, with 4 turnovers converted into TDs this season. The Chargers offensive line have struggled plenty of times this season to protect their QB, with 27 sacks since Week 11. They could have a big-game here if Hebert struggles, and would be massively underowned, but it’s hard to trust this unit against the Chargers offense.