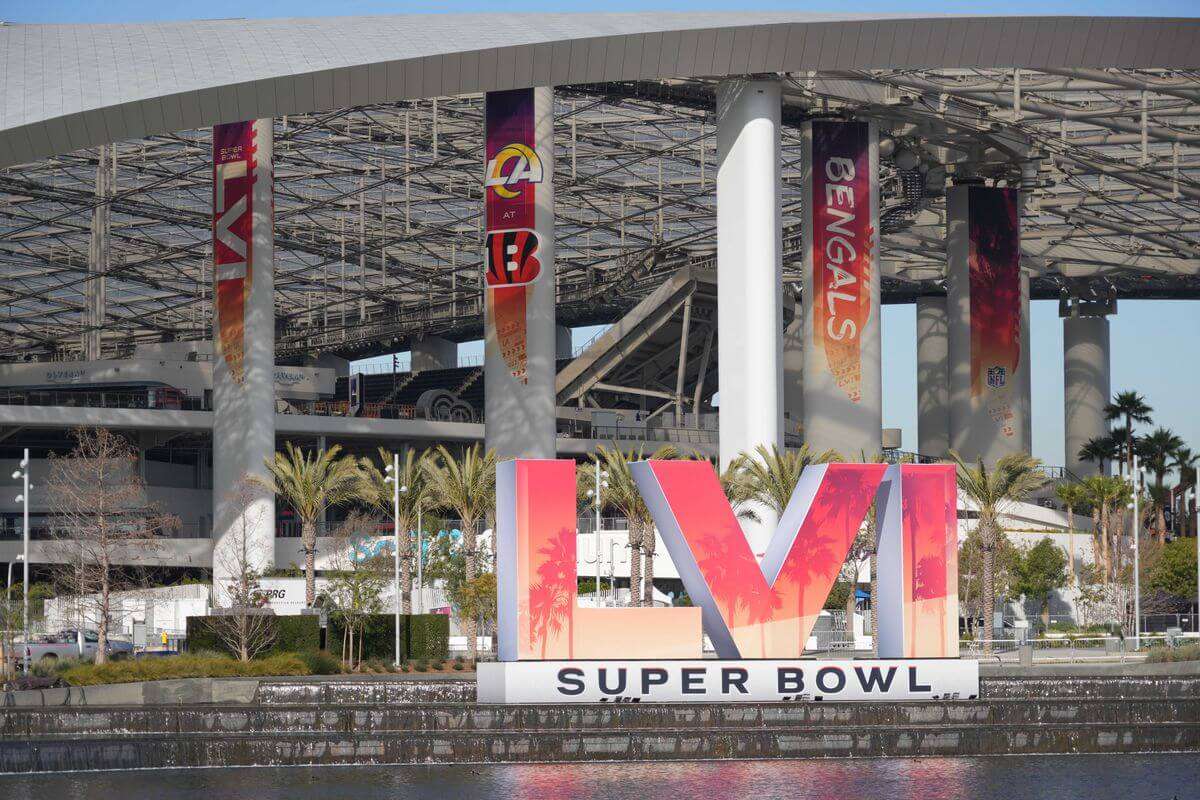 This week the playoff action of the 2021 season brings the last DraftKings showdown slate- the Super Bowl game of Los Angeles @Cincinnati. Five months and 284 games later from the opening game, Super Bowl LVI is finally here, and it looks set to be a great matchup. The Cincinnati Bengals appear in their third Super Bowl, aiming to lift the Lombardi Trophy for the first time in their history. The LA Rams are appearing in their fourth Super Bowl, with one victory to their name already – a 23-16 victory over the Titans in 2000. Both side’s offenses have been on fire this year, and hopefully, Sunday night brings more of the same. Vegas currently has the Rams as 4-point ‘road’ favorites (the game is being played at their very own SoFi Stadium, although they are technically the away side), with the O/U at 49.

Kupp again had a massive game two weeks ago versus San Francisco, putting up 40 DKPTS in the NFC Conference Championship. He has a 31.7% target share, and has seen 25 targets over his last two games. He’s fresh off the back of winning Offensive Player of the Year on Thursday, and is completely matchup-proof. He’s expensive but don’t be surprised to see him repeat his performances from the last two weeks.

I’ve faded OBJ far too many time in recent weeks, and I’m not making that mistake again this week. With Higbee ruled out on Sunday, Stafford loses one of his primary pass-catchers, and OBJ should add to his already solid workload. It turns out it was actually Baker Mayfield who wasn’t very good at football, and Beckham Jr. has balled out in these playoffs, with 113 yards on 9 catches in the Conference Championship. He makes for a great captain in Rams passing stacks, especially given the pricing of the other pieces.

Higgins provides a similar ceiling Ja’Marr Chase, but comes at a huge discount. I never usually trust the narrative that comes with a corner shadowing the opposition’s WR1, but I think that with Ramsey on Chase, Higgins stands out as a brilliant value option at the captain spot. He’s had 19 targets in his last two, with 13 catches for 199 yards. If Cincy plays this one from behind like the spread suggests, their pass catchers could have big games.

Both QBs are in fairly similar situations in this one, leading pass-heavy offenses and with the ability to put up some big yardage totals. I think it’s perfectly viable to play either, or both depending on your line-up constructions. If Cincy ends up playing from behind, Burrow can put up massive numbers as he’s done in recent weeks, and if this turns into the shootout we’re all hoping for, both signal callers should do well.

Despite LA’s elite run defense, Mixon still has a viable path to a nice game on Sunday, given his recent boost in the passing game. He’s seen 15 targets through the air in the playoffs so far, catching 13 of those for 106 yards. Whilst Perine scored last week, he’s only had seven touches combined for the Bengals in the playoffs, as Mixon has truly solidified his role as the lead back in this offense. Despite the game script possibly indicating playing this one from behind, his workload makes him perfectly viable.

Van Jefferson was a full participant at practice on Thursday, so looks fit to suit up under the lights of SoFi Stadium on Sunday night. Again, Stafford has lost a key pass-catcher in Higbee, meaning Van Jefferson may see his workload start to pick back up again. However, his slight bump in price, and general pricing on this slate as a whole, means he’s probably more suited to Rams passing stacks, rather than as a one-off piece.

The guys who benefits most from the Higbee news is Blanton, who steps up into the TE1 role in this Rams offense. With Higbee off the field last week, Blanton put up 5 catches for 57 yards (10.7DKPTS) in a solid outing. Whilst his price has understandably sky-rocketed with the uncertainty around Higbee to start the week, as the TE1 he now justifies this price. The Bengals actually surrendered the 6th-most DKPTS to opposition TEs during the regular season, and 63.7 yards per game to the position.

On slates like this you have to be ready to go a little bit crazy. Henderson was activated off IR on Friday, and should be ready to go on Sunday night. With Akers and Michel having limited success on the ground so far in the playoffs, don’t be surprised to see Henderson see a few snaps here and there. If he sneaks one into the end zone at this price, he’s likely part of the optimal lineup.

I have no idea if Hopkins will even see the field on Sunday, but as he’s the only other available TE on this Rams roster, we might see him for a few snaps. Hopkins made First-team All-Big Ten in 2019 at Purdue, as well as winning the Kwalick-Clark Tight End of the Year (best TE in the Big Ten) that year too. Showdown slates and random TEs are a match made in heaven.

This Rams D should have a field day versus this Bengals O-line. They’re likely to put up plenty of points on the front, but I think Burrow leads the Bengals on multiple TD drives, so I don’t have too much interest. Again, Bengals D doesn’t really stand out a great deal, but both are decent GPP plays. Both kickers have been in terrific form, especially in the postseason, and with Super Bowl LVI taking place indoor, there won’t be any weather concerns.