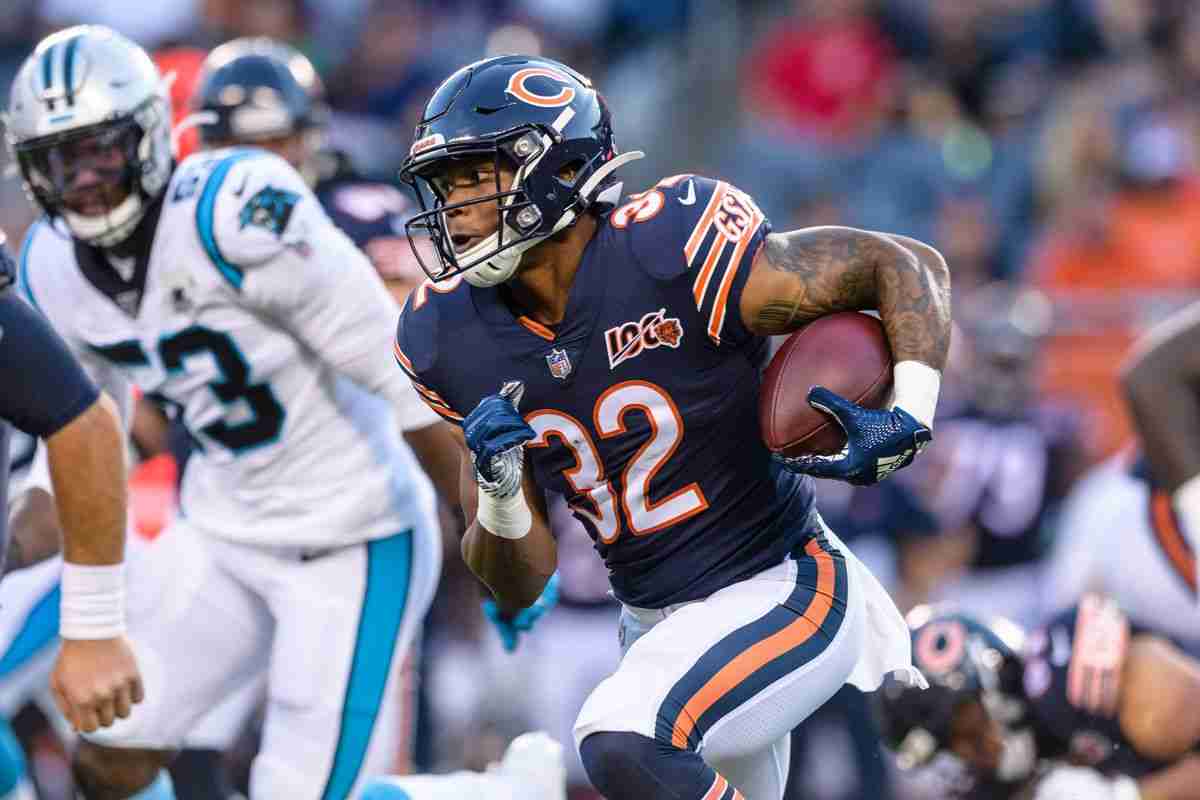 Detroit’s offense isn’t the most potent in the league, far from it infact, but one bright spot is Swift. He has had over 130 yards on the ground in each of his past two games, scoring a TD last week. As well as that he has been involved in the passing game throughout the season. Chicago’s defense is a tough unit, and without the threat of a downfield game Swift might not have any big gains, but the volume should see him through.

Montgomery returned to action from injury, and picked up his previous role as the team’s lead back. The Bears offense flows through Montgomery, with the number of rush attempts that he gets. Sure, the production hasn’t really followed too much, but he ran for over 100 yards against Detroit in Week 4. Volume and production make him most likely the chalkiest captain choice, but with good reason.

If Chicago do choose to pass the ball, then Mooney is going to be the guy to be getting the ball. Allen Robinson is doubtful for this game, which would make Mooney the lead receiver for the team. In recent weeks, Mooney has been taking a huge lead in targets anyway. He leads the team in all receiving metrics and should cause the Detroit secondary problems if Dalton can get him the ball.

Hockenson is Detroit’s leading receiver and seems to be QB-proof given his dominance as part of the offense. His target share makes him an attractive option, given that Detroit are likely to be under pressure from Chicago’s pass rush and need a release valve. The thing that could hurt, is if the team are under so much pressure that they are forced to use him in pass-blocking.

Goodwin popped up out of nowhere last week to catch a long TD. I’m not saying that happens again, but Dalton’s pocket presence allows him to take more downfield shots. The risk makes Goodwin more of a GPP play than cash, but with Robinson looking set to miss the game, Goodwin will be on the field more often than not (he was on the field for 71% of offensive snaps last time round).

Don’t like the risk of Goodwin at the price? You could instead opt for Kmet who is a decent amount cheaper. Kmet is yet to score a TD this season, which seems crazy given the number of targets that he has seen. At some point that is going to change, this matchup, against this defense, this could well be the game.

Jefferson could miss the game due to injury, but if he does suit up he is a good low-cost option. The rookie has been involved in what the team has manged to achieve in recent weeks, scoring a TD in each of the team’s past two games. You need to be aware that it’s a dice-throw, given his low snap count, but as Jamaal Williams hasn’t impressed since coming back from injury, Jefferson could be used as a change of pace back.

Reynolds recently moved to Detroit, after being released by Tennessee. Last week he had three targets, but didn’t manage to bring any of them in. But really last week was an odd one with Tim Boyle struggling to do too much. The Detroit pass catchers don’t really give me much optimism, so I’d rather pay down, leaving salary to bring in another top option.

This is an option that you can’t just set and forget, as it’s going to need one of the Detroit RBs ahead of him to miss the game. If that does happen then his salary makes it a really cheap option to put into your lineup. You literally only need him to catch a few passes and he has hit value.

Given the way this game is likely to go, there is only one option- Chicago’s defense ($5,800). Regardless of who suits up for Detroit, they are going to be feeling the pressure in the pocket. You could go for a kicker, expecting both offenses to struggle- but I don’t feel confident in either. If I really was forced to go with one, go with Cairo Santos ($4,000).

So, there are our DraftKings selections for the 2021 Thanksgiving Showdown of Chicago @Detroit! Remember any DFS questions, you can check out our articles here. Or you can find us on Twitter, Facebook, or Instagram.