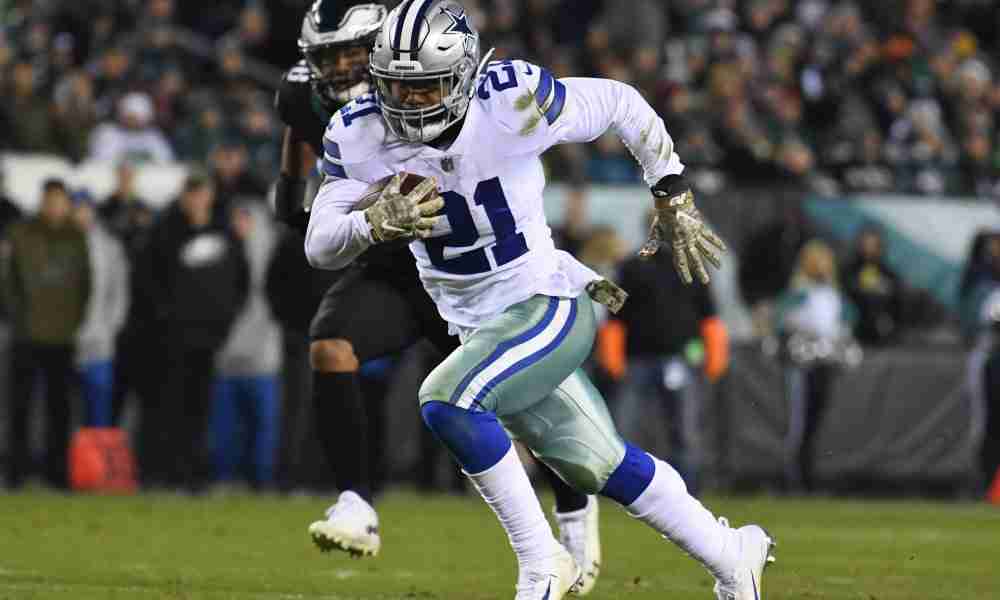 It’s Thanksgiving, meaning NFL, and more importantly the 2021 DraftKings showdown slate for Las Vegas @Dallas. This game should still be a great contest, despite some of the bigger parts of the Dallas offense set to miss the game. Dallas will be looking to make a statement after struggling against Kansas City last time out and get their season back on track. Vegas on the other hand, are a team that can make plays and move the ball. Both defenses equally have made some big plays, but also allowed some too. After a slow-paced game to start Thanksgiving, this should have you going for your holiday entertainment!

Prescott is definitely in play as a captain, but has lost some of the true upside value with Ceedee Lamb set to miss the game. Prescott should still be able to lead the team through the air, as well as having the rushing ability we know he has. Last week he broke a streak going back to Week 2 or throwing multiple TDs, and he should be able to start a new streak in this game.

Elliott is always in play as a captain in any showdown slate, such is his importance in the offense. Leading the team in carries (151), and fourth on the team in targets (38), he is going to be the heartbeat of this offense today. With Dallas missing their top two receiving weapons, we could see more targets going to Elliott, or more carries. Elliott is going to be the captain in the vast majority of my lineups for this game.

When you think of the Vegas offense, you think of Waller and for good reason. Waller is the offensive leader for targets and receiving yards, and there is no reason to doubt that won’t continue against Dallas. This season Dallas have struggled to limit production to the TE position, and only recently played against one of the more elite talents at TE.

Gallup is the primary receiver for Dallas, with Cooper and Lamb missing the game. He didn’t hav ea good time against the Chiefs last time out, but the target share was encouraging. There is no reason to doubt that he won’t see a similar number of targets in the offense against a Vegas secondary that has been inconsistent this season.

If the offense doesn’t go through Waller today, it’ll be going towards Renfrow. The receiver has established himself as the release valve for Derek Carr when he feels pressured in the pocket, and has a great talent at finding space. The thing is that could limit him, is that he could face coverage from Trevon Diggs, who has limited production to the position all season.

Schultz is an important part of the Dallas offense as a receiver and with the depth being what it is heading into the game, there are going to be more targets available for Schultz. He hasn’t scored a TD since week 4, but is set to face a Raiders unit that has given up an average of just over 17 DK points to the position.

Wilson has been used when one of the team’s leading receivers have been sidelined, which is the case in this game. In this game, Wilson is likely to face secondary coverage from the Vegas defense which should therefore give him the opportunity to get free.

Edwards is the dice throw in this game. He hasn’t been consistent with his opportunities week to week, but he has the ability to get downfield and convert any pass to a long score. He is likely to be overlooked on some coverages too, as Dallas look to take care of Waller and Renfrow.

One of these receivers is going to be on the field alot, given the fact that Cooper and Lamb are out of the game. Given the price tag, you don’t need much from either of them for them to hit value- although they are tough to trust in for cash games. I’d prefer Brown to Turner, as he is yet to score which should change given his usage so far this season.

I don’t think I want to play either defense in this game, as both teams are able to protect the ball and their QB (as well as score points). If I had to select one, I’d go with the Dallas ($3,800) unit as they have playmakers at each level of defense, and have an outside opportunity at returning an INT to the house with Diggs. The kickers are both interesting, with Greg Zuerlein ($4,000) hitting his kicks after returning to the field after injury. Daniel Carlson ($3,600) is also in play, considering the game is in a dome and he has again shown himself to be on of the more effective kickers in the league.

So, there are our DraftKings selections for the 2021 Thanksgiving Showdown of Las Vegas @Dallas! Remember any DFS questions, you can check out our articles here. Or you can find us on Twitter, Facebook, or Instagram.