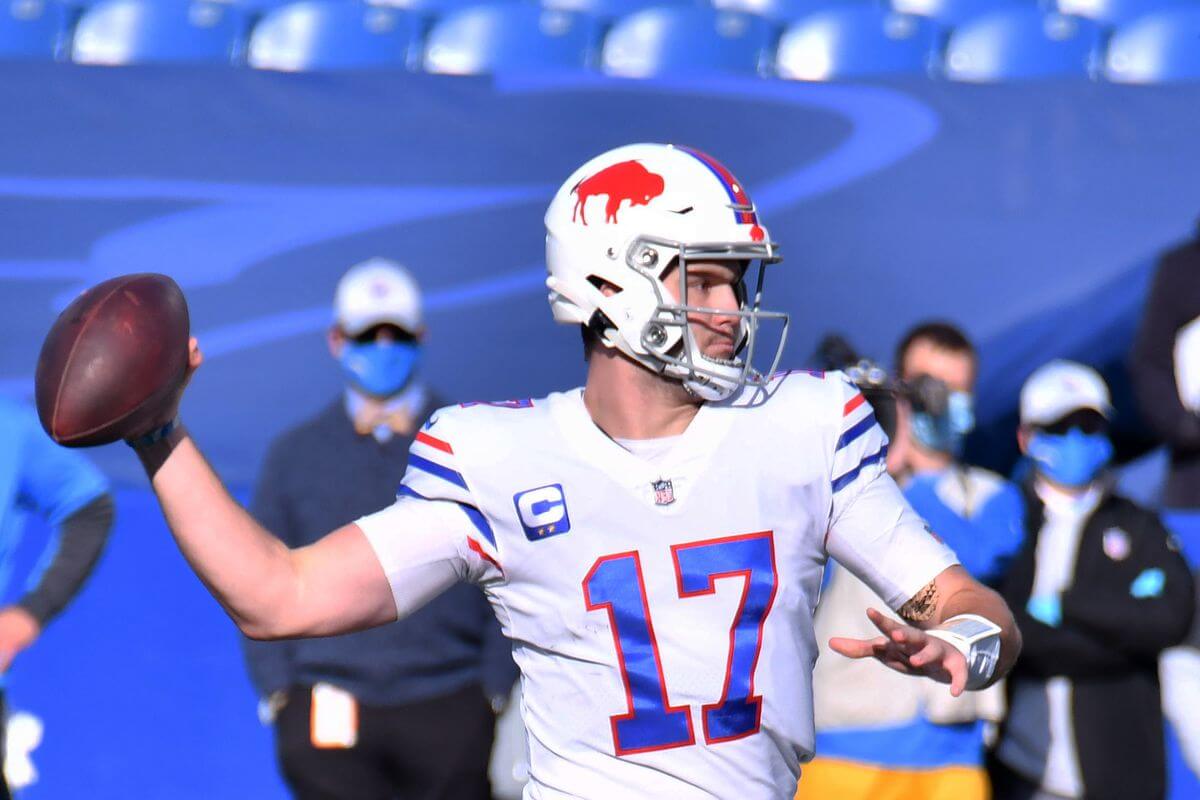 Kicking off the 2022 season with a perfect curtain raiser, we cover the DraftKings showdown slate of Buffalo @Los Angeles. Seven long months later, and the NFL is back, kicking off on Thursday night as Josh Allen and the Buffalo Bills travel west to LA to face Matthew Stafford and the Rams. Los Angeles will be hoping to build on last year’s Super Bowl victory, whilst Buffalo will be hoping to forget the painful memories of their Divisional Round loss to Kansas City last January. Buffalo are 2.5-point favourites for this one, with the total sitting at a high-scoring 52 points.

The leading candidate for MVP this year heads into his fifth season in the league, and only seems to be getting better. Allen averaged 27.6 DKPTS last year, throwing for 5,044 yards and 45 touchdowns (including the playoffs). This Rams defense are no push-overs however, allowing the 4th-fewest DKPTS to opposing QBs last year. That being said, Allen’s upside is almost unmatched in this league, especially due to his arm strength and rushing ability. He’s pricy but you’re going to want to pay up for him in your cash line-ups.

Diggs had 1,225 receiving yards in the regular season last year, unsurprisingly finishing as the team’s leading receiver. Buffalo’s second and third-highest receivers (Sanders and Beasley) combined for 1,319 yards – and neither of them are on the team anymore. Gabriel Davis figures to have a much larger role this year, but it’s safe to say Diggs will remain the alpha receiver in this pass-heavy offense. Despite the reputation held by the Rams’ defense last season, they actually allowed the 7th-most DKPTS to opposing wideouts last year – fade Diggs at your own risk.

After two 1,000+ yard receiving seasons in Chicago, Robinson’s 2021 season saw a big decline in production, not helped by injuries and a rookie QB. However, he now lands on an offense firing on all cylinders, and with an elite QB. He’s relatively cheap on this slate, especially given his potential role in this offense, and is currently 2.50 to find the endzone on Thursday night. His O/U of 63.5 yards is beaten only by Kupp’s 90.5 and Diggs’ 68.5, yet he comes in priced as the 5th-most expensive receiver.

This guy needs no introduction. Last year’s Super Bowl MVP and Triple Crown winner looks poised for another incredible season, as long as Stafford remains healthy under centre. The only thing holding me back from playing him in the captain spot is his price, as it really limits your flex options with such a huge salary.

In his first season out of Detroit, Stafford inevitably finally found success, winning his first ring, in his 13th season in the league. Look for that success to continue again this year, despite this high-powered Rams offense going into 2022 after some significant off-season moves. OBJ remains a free injury as he recovers from his ACL surgery, whilst Bobby Trees was shipped out to Tennessee. Allen Robinson isn’t a bad replacement though, and they should have a fully-healthy Cam Akers in the backfield as well. Stafford’s floor is one of the highest of any QB in the NFL, and I fully expect a respectable score on Thursday night, even against this daunting Bills defense.

Vegas seems to think that only Kupp and Diggs are more likely to find the endzone on Thursday night than Singletary, priced at 2.37 to score anytime. Despite a somewhat crowded backfield, the Florida Atlantic product should still receive the bulk of the touches, and I think he’s being overlooked by a lot of the field for this one, especially being priced in the range of Gabe Davies and Dawson Knox. Whilst Buffalo does appear to be a primarily pass-based offense, Singletary did manage 2.4 receptions per game last year, and should still see some work here, despite the emergence of rookie James Cook.

Despite the above, Cook still interests me – mainly due to his hugely discounted price. On a slate with studs like Kupp, Allen, and Diggs, you need to look for some salary savings wherever you can. Cook has been heavily touted in dynasty circles, and whilst he may not produce right away, I’m willing to take the risk on him at this price tag, if it means I can afford to pay up for one of the top guys on this slate.

After Diggs, all eyes are on Gabe Davies as he looks to have solidified his place as WR2 in this Bills offense. Despite that, word from training camp is that McKenzie will be the team’s primary slot receiver in 2022, yet is priced way down below the kickers and DSTs. His receiving yard prop line sits at 32.5 – just 3 yards shy of Dawson Knox, priced over $4,000 higher than him. He may also see some work in the kick-return game, and with no Beasley or Sanders this year, could have a good season ahead of him.

With a projected total of 52 points, I have little interest in either defense. However, it is the first game of the year, so who knows what could happen on Thursday, but I’m staying away from both of these, due to the high-powered offenses they’re coming up against. Both Tyler Bass ($4,000) and Matt Gay ($3,800) are reliable kickers, making either viable – especially with the team totals so high. Bass is likely to be higher owned, as the Bills are the favorites in this one.