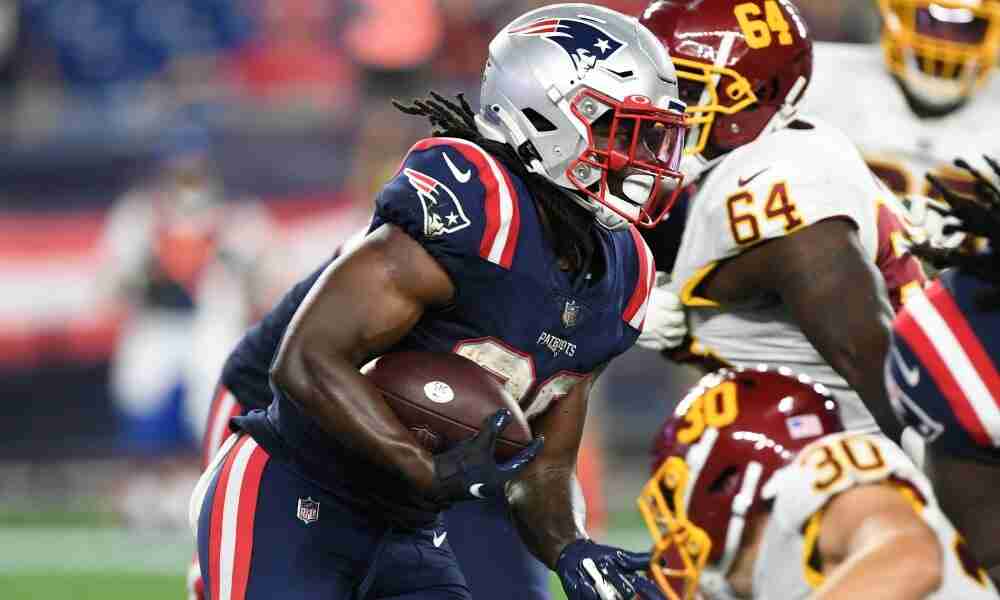 We are here to cover the 2022 DraftKings showdown slate for Thursday Night Football Week 13, Buffalo @New England. Both teams come into this one after playing on Thanksgiving. The O/U for this game is set at 43.5 points, with Buffalo around an FG favorite.

Allen looked alot more like himself last week. You could see at times that he was carrying an injury, but generally, he looked effective. Able to distribute the ball through the air, or tuck it and run. He is expensive on the slate, so you are going to need to build the rest of your lineup carefully. The Patriots defense is a tough unit, but it’s not unbreakable. Strangely, I think given the pricing and the matchup he is going to have reduced CPT ownership.

Getting Allen and Diggs into your lineup is going to be tough. There are some cheap plays on the slate, but you are going to need to compromise alot. Diggs is a nice pivot from Allen as CPT as he is around $1k cheaper, but has a similar upside. The Patriots secondary are one of the better units in the league, but they aren’t unbeatable. I’ll probably opt for Stevenson though if I move away from Allen as CPT.

Stevenson is going to see work in the offense in this week, with Damien Harris ruled out. He was already pretty much getting the workload of a primary running back anyway, but this news gives him nearly everything in the offense. Buffalo have been a good unit against RBs this season, but you can still have success against them. With the workload Stevenson is going to get, this is a nice spot.

Jones had the best game of the season last week against the Vikings, so he has it in him, but I wouldn’t expect a repeat performance against the Buffalo defense. The Bills secondary is missing some pieces, but this run-first offense isn’t going to look to air it out too much.

Davis is a boom or bust option week to week. As a result, you need to have some lineups with him in. You don’t want to miss out on one of those boom weeks, as they can be truly slate-breaking. I’ll have some shares of Davis as CPT too, to make some different builds. As I said the Patriots secondary is a good unit, so there really is not much of a floor here.

There aren’t alot of reliable receiving options in this offense, Meyers is pretty much the only one you can rely on. He has a good target share in the offense, with a decent receptions total. There isn’t a huge ceiling in this offense, with the lack of TDs through the air, but his floor is pretty solid. At the price, he is my favorite flex option.

Singletary has had some good performances this season, but he is definitely getting squeezed in the offense. The Bills have alot of receiving targets, and volume to match, but with Josh Allen running the ball and James Cook getting spotty usage too, he doesn’t have a great floor against this defensive line.

McKenzie had a great game last week, with 10 targets for 6 receptions, 96 yards, and a single score. He has inconsistent usage in the offense though, working as some type of hybrid between a slot and gadget player. He is a bit of a boom/ bust player, similar to Davis, but has a lower floor and ceiling here. Could be a nice leverage option though on the slate.

Knox surely has to have one of those big, multiple-score weeks he has had in previous seasons. Looked like he might have kicked started his season after his performance in Week 11, building on a decent Week 10, but fell back to type against the Lions. Where he only caught two passes for 17 yards. Doesn’t feel cheap enough to take the punt on the slate.

The Patriots receivers are in tiers, you’ve got Meyers as the leading play, then Parker and Agholor. The issue is that the Patriots offense outside of Meyers is really hit or miss. Both of these guys can have big games, but it feels like you are going to need to mix these guys in your lineups. If I was forced to choose between the two, I’ll take the cheaper play in Agholor. The price difference feels too high for two players with a similar outlook.

Henry was a miss for me last week, as I had identified Jonnu Smith as being more involved in the passing game, as Henry finished with 3 catches for 63 yards and a score. But, the analysis still stands from last week. Smith has been more involved in the passing offense this season. Henry could have a good game here, but with alot of high-priced plays on the slate, I’ll save some salary by playing Smith instead.

Last week I hoped that Cook was going to continue his usage trend and get more work in the offense after getting a decent number of carries in Week 11, but he returned to the usage he was getting previously in the season. Minimal carries, but some receiving work. I’m off of Cook here- I’d only recommend having him if you are entering a huge amount of lineups. Hines equally isn’t a player that I want too much of, he hasn’t been involved in the offense, and the price tag takes him out of consideration.

When I was talking about tiers of receivers, this is the next group. If you thought that Parker and Agholor were inconsistent, these two take it to a new level. The Patriots offense is very hit-or-miss outside of Meyers. Thornton is significantly cheaper on the slate, but he hasn’t really done anything of note since his Week 6 performance against the Browns. I don’t think I’ll have too many of either of these. Instead……

……I’ll take a spin on one of these two to perform. Damien Harris is out, and that means that one of these two is going to play as the RB2 in the offense. I’m not really expecting too much from them, and I can only really see one of them performing here, unless the Pats do something gross like share Harris’ role across the three of them. I don’t know, but I’ll have a mix of the three across lineups unless a clear leader emerges before kickoff.

Both defenses are real-life effective units, and have the ability to be effective for fantasy. The Buffalo DST ($5,200) are going to be targetting Jones, with his history of taking sacks and turning the ball over. They have big-play ability with the players they have at each level, so I wouldn’t be surprised if they scored a TD, but I’m not out to roster them. The Patriots DST ($3,200) are significantly cheaper, and Josh Allen isn’t 100%- which could be seen at times last week against the Lions. Playing in the cold, Allen might struggle a little more, and the Patriots pass-rush is a strong unit.

The kickers are in play here, with both defenses able to cause stops. The floor that they provide at the price is great, I mean truly there aren’t alot of reliable options priced lower than them. Of the two, I’d opt for Nick Folk ($4,000) over Tyler Bass ($4,200), as he is cheaper and I can see the Patriots offense stalling out more often than Buffalo.

So, there are our DraftKings selections for the 2022 Showdown of Atlanta @Carolina! Remember any DFS questions, you can check out our articles here. Or you can find us on Twitter, Facebook, or Instagram.