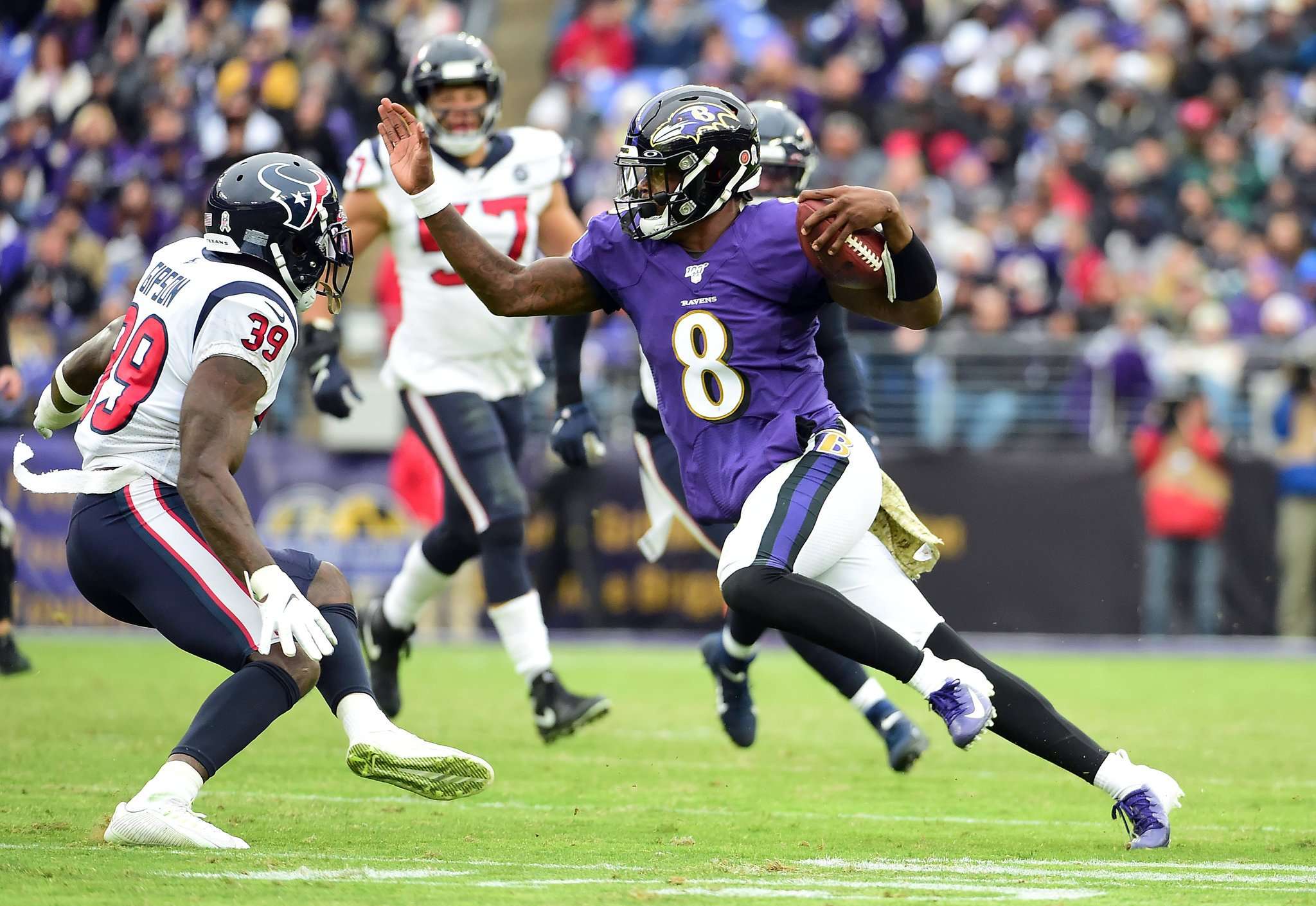 Guest writer Andy Jones writes this article on some players that come with a Fantasy Buyer Beware sticker. Avoid players like this that could bust are a big part of winning your league.

Looking ahead to a potential fantasy season in 2020 I thought I give a brief overview of five players who may under perform. As a keen player of the game for 17 years and the last 10 with NFL.com I have experience may a pitfall in drafts and seen seasons go south fast with poor selections.

Now this may be a shock to many that I would include Jackson in this list. But before you all jump down my throat I am not saying he will have a bad season. Only that from a fantasy perspective I would expect to see a drop off much in the mould of Mahomes between 18 and 19. My logic on this is twofold.

Firstly I expect defenses to have looked at the Titans playoff game and adjust to Jacksons play accordingly. The Ravens will alter their offense in the limited offseason I think it will remain much as it was and teams will become wise to this.

The second reason is the retirement of Marshall Yanda. Yanda was a beast in the run game and a better than average pass protector. The Ravens will find his loss harder to adjust to than anything, his blocking was key to the Ravens setting rushing records last year. As a result, I expect both Jackson and the Ravens RBs to take big steps back on the ground putting more pressure on Jackson’s arm.

McCaffery seems to be the number one pick everywhere.

However, even though the Panthers offense ran through the start RB last year and it didn’t lead to winning football. New head coach Matt Rhule will be looking to move this reliance of one player onto other players like Teddy Bridgewater and newly acquired free agent Robbie Anderson.

This should lead to fewer touches for McCaffery and again he will fall back to the pack of RBs.

My worry with Godwin comes more from the change at QB than anything. The offense are less like to be passing as often with Tom Brady under center, instead of Jameis Winston.

This will lead to fewer targets as a whole, and there is still alot of competition for those. With the returning Mike Evans now joined by Rob Gronkowski (and O.J. Howard, yes he is still on the roster), as well as the running backs that are going to be used on the field. I fear that Godwin will suffer more than Evans on this front and his actual points for the season may fall below 150, not WR1 figures but more of a flex option for good matchups.

I battled with this choice for a while as Cook had burned myself and many other fantasy owners 2 years ago. A combination of poor form and injuries, in the end, my highlighting him on this list came down to 1 question.

When fit and running behind confident line his speed and breakaway runs are tempting to get behind. However, when the offensive line is not on form, or he has niggling injuries his form drops off much worse than other backs.

I would always say Dalvin Cook is a good RB2 if you are picking in late round 2 or early round 3, but with Diggs now gone from the Vikings line up will opposition defenses now key more on stopping the run.

My answer is yes and this will hurt Cook unless he can pick it up in pass game. My feeling is he will return just under 200 points across the season and that other backs with more upside and less injuries may be your way to go.

The beast that is Derrick Henry carried Titans and fantasy owners into happy places late last season and was a key figure in Titans playoff run.

My worry here with Henry has nothing to do with talent, effort or attitude its to do with the “Marion Barber” effect.

Big strong backs like Henry are so physical that at some point the sear number of carries and hits have to take their toll. If he remains healthy I would still see a drop off in his numbers due to the key departure of Jack Conklin at tackle.

Henry has not been used in the passing game to date, which hurts his outlook in PPR leagues.

So there you have it, a few players that could end up being busts this season (based on their ADP). But tell us what you think. You can find us on Twitter, Facebook and Instagram.