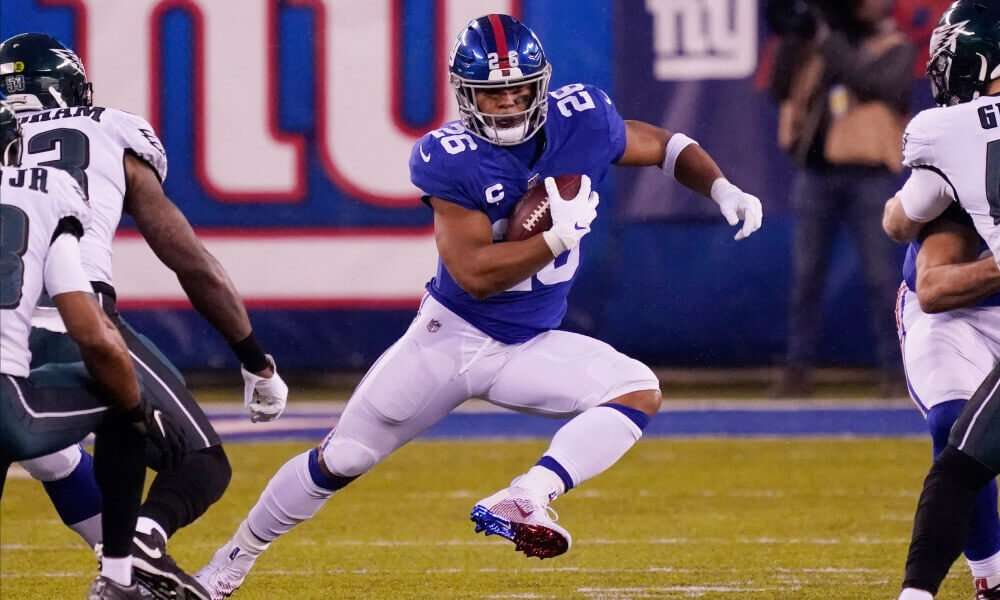 As part of our 2021 Fantasy Preview series, we present the New York Giants.

The New York Giants made it a point this offseason to make sure that Daniel Jones is not lacking anywhere for weapons and giving him every opportunity to succeed. This offseason they brought in Kenny Golladay, John Ross, Kyle Rudolph, and Kadarius Toney either through free agency or via the draft. It feels like a make-or-break season for the potential franchise quarterback who has struggled with turnovers thus far into his early career. Despite the poor record last season, there was a legitimate chance for the Giants to make the playoffs.

The defense was the sole bright spot for the team last year as they performed well above expectations. The defense had minimal turnover and the organization made it a point to focus on that side of the ball during the draft, selecting all defense outside of their first-round pick of Kadarius Toney. If this offense can take the step forward with Daniel Jones that the organization expects to happen, this team could be a real playoff contender for the first time in quite a few years.