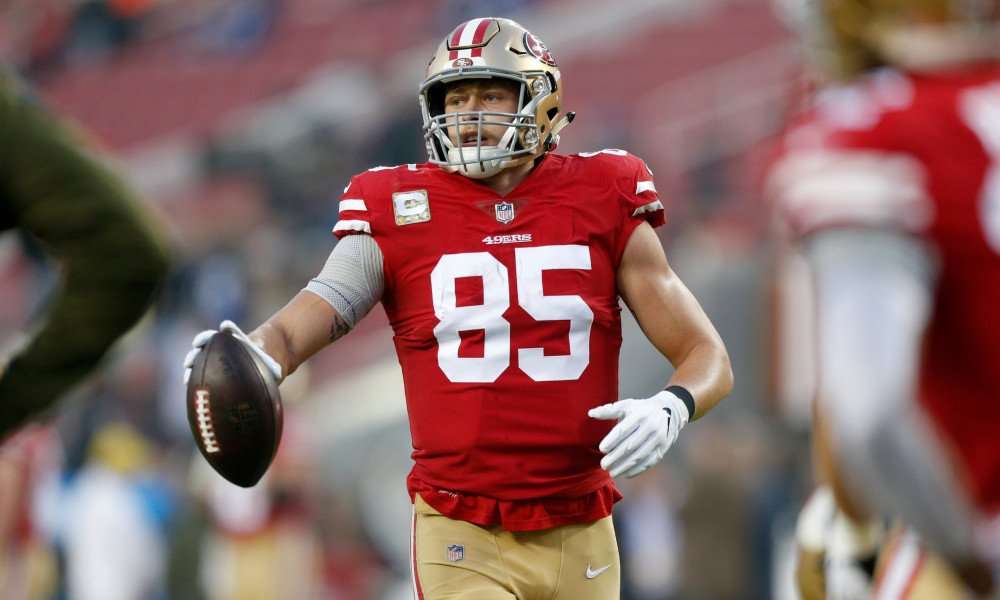 Managing Best Ball Exposures is very much like managing a financial portfolio. But have you ever actually managed a portfolio? No? Let me help. Let’s dive into the complexity of how you can learn to manage exposure risk like a pro, from a pro. I have spent the last 12 years of my career in foreign currency and commodity trading, and I am confident I can help break down what I have learned trading Euros for Yen, into your everyday practice of risk management in Best Ball.

Let’s draw an important thought comparison from hedging in finance to Best Ball. Hedging occurs because you are protecting your underlying from price fluctuations in the market. Take fuel as an example as a commodity risk. If I am an oil producer like Exxon or Shell, I want higher oil prices, if I am a shipping company like FedEx or UPS, I want lower prices at the pump.

In order to smooth the volatility to the raw commodity cost, I can hedge the exposure by placing derivative trades going the opposite way in the market. FedEx can place a long bet on diesel going up to hedge their exposure to higher fuel prices. Fuel goes up, FedEx Treasury department makes money while the underlying actual businesses feels the pain. Fuel goes down, the business benefits while their Treasury department takes a small hit.

That way they are covered on both sides, to an extent, as the goal is not to ‘make money’ in the market, but quantify risk in the future. I want certainty months or years in the future, where I can lock in portions of the fluctuations. We cannot predict wheat prices or USDCAD in 24 months’ time, but I can quantify simulations of what occurs if the rates move in various stress tests. My upside and downside are theoretically capped, and I am able to worry about my actual business, not the commodity or currency market.

Hedging is hitting a curveball because you are forced to trade a certain direction on a certain product. I am not finding my favorite currency to trade. I am trading a particular currency direction out to a certain future date, hedging an exposure my employer has floating risk on the price movements.

Best Ball is similar in which you are being forced to draft a finite group of players at particular positions. You can’t draft 18 Running Backs, and cannot draft 5 third-round WRs. You have to consider roster construction because the rules force you to. Therefore, grasp exposure intimately. Dalvin Cook and Christian McCaffery are the only real players EVERYONE will draft some of, but think of the less extreme of those two and understand you aren’t picking your roster at an auction. You are picking these assets at a randomly assigned draft order in which order greatly matters v. ADP.

If this was an auction, I could balance my exposures like a speculation investment, having 100% chance to bid a roster before the draft starts. Anyone can acquire Alvin Kamara and Dalvin Cook if they want. That is not the case in snake drafted Best Ball, it’s so important to understand you aren’t ‘drafting shares’, rather managing the exposure of short and long risk vs. your league mates. That’s it. No waiver, no start/sit, no trade. Start to think of Best Ball in terms of exposures and risk.

Think of Best Ball from a 30,000ft Macro view of game theory. We are simply choosing a finite supply of chess pieces we hope will turn out to be an asset in points added, not a dud. If everyone smashes or everyone stinks, it gets neutralized. Think of not only your player but the opportunity cost for that ADP. The same players are available every day, we choose the same number of players, and we have the same number of opponents.

Let’s assume for now every top 216 players are drafted every single draft, in a theoretical Best Ball with 12 teams and 18 rounds. You acquired the same number of players as your opponent. You now have 198 players you did not select, and 18 you did. Every time you do not take a player, and somebody else does, you increase your short exposure. Every time you draft a player, he adds to your total long exposure.

Exposures go both ways. Not taking a player, especially earlier, is a bold take loading up on short exposure. Same as currency hedging. If I have risk to the movement of a currency, not taking on a hedge is in itself a type of trade. Say you have zero George Kittle this year. That means you have 0% long exposure, and 100% short exposure. Say, Kittle, unfortunately, gets injured and is out for the year. This is a massive change in your short exposure expectations. Thinking not in terms of which SF players this affects, but rather all the value you accrued accumulating other players around Kittles ADP which you are overweight on.

Kittle not playing doesn’t change your drafted players, however, it greatly affects those who paid up for Kittle. Injuries at high draft capital have a butterfly wing effect and can change the entire season, without you even knowing it.

What do I mean by short exposure? If a player is being 100% drafted in leagues like a Curtis Samuel, and I secure 20% of that player, even though I have a heavier than benchmark positive exposure (~8.3%), I have 80% negative exposure. In context, we need to understand we are playing against 11 other teams, not just 1 other person, that benchmark certainly is not 50%. It may seem pessimistic to think of 20% exposure to a player as 80% negative. Now, let’s think about a player that is not being drafted 100% of the time.

In Underdog, there are 18 rounds. We can assume the last few rounds of a draft has a fairly wide player accumulation. Not every player that gets drafted in Round 18, typically gets drafted. People are topping off stacks, grabbing that late-round WR dart throw, Rookies that have lower draft capital, etc. Players with an ADP of 210 can oscillate back and forth between making the cut line of being drafted, and not.

Someone like Demarcus Robinson, ADP 186, and Travis Fulgham, ADP 210 need to be looked at differently. They are not both late-round dart throws as one would expect. Demarcus Robinson is being drafted 100% of the time, we know if we don’t take Robinson, someone else will.

Fulgham is not being drafted 100% of the time. Let’s assume he is being drafted 50% of the time. Why does that matter, they are both afterthoughts in drafts, right? Wrong. Fulgham doesn’t carry as much short exposure, your opponents aren’t drafting him all the time. Why does that matter? If Travis Fulgham goes off, you may not have carried the benefit, but you also did not get hurt on your short exposure. If I wanted equal Fulgham to Robinson, I actually would not need to take as much Fulgham. In Best Ball, if a deep late player goes nuclear, and none of your league mates drafted that player, you are unaffected.

Of course, their ADP is that late because the crowd-sourced ADP says they have less of a chance to be relevant. A player that is rarely drafted can be viewed as limited or neutral exposure. There are tons of players that go off every year in NFL that go undrafted even in the deepest of drafts. We often think Redraft where we are able to acquire these outliers on a waiver, not in Best Ball, so we have to think of the exposures like a Best Baller, not a Redraft homer league. I can have exposure to a breakout UDFA in Redraft via the waiver and benefit greatly, while at the same time not having any sort of exposure in Best Ball, long or short.

Format of the Draft

Let’s now think of the assets at our disposal. We can completely drill down the format to the draft. We need to grasp this uniqueness in the finite decision points. I can review a Best Ball league from last year in 10 minutes. I can pinpoint the exact rounds of which lost or won a player a league.

Due to the nature of the fixed variables

If we examine redraft, we need to account for the added

That is too many unknowns to quickly pick through a Redraft league and learn how and why the draft played out. It would take a few hours to examine everyone’s individual decision points. I cannot say team A won because they were the best team. It is a multitude of rhymes and reasons that make it difficult to build a cut-and-dry decisions process. That’s why I love Best Ball, is we can repurpose past drafts and learn so much from others’ failures and successes. In Redraft, we don’t exactly manage book-like exposures. If I am in 2 leagues, the point is lost in managing risk on an exposure level. We need a decent clip of leagues to be able to run the numbers with any confidence.

Imagine my goal is to own 20% of a player after 100 drafts. If I anticipate an ADP to rise in the offseason, I should be accumulating that player earlier in drafts. But how does this skew our exposure? We have to view this as a present exposure, and future exposure. If I am drafting 100 drafts, and I have drafted 50 so far, I have to understand that just because I am overweight on a player now, doesn’t mean I will be at the end of the season.

If we examine redraft, we need to account for the added

Take in point, Russell Gage. As soon as the Julio rumors starting swirling, I wanted to meet my August Gage exposure ASAP. In the end, I still have the same exposure, where earlier in the offseason it falsely appears I am overweight Gage vs. my targeted exposure. Wrong. I am simply accumulating my exposure now, hoping I gather as much Gage at his depressed ADP as possible before a potential pop. Falcons aren’t getting another WR, his ADP won’t fall, so I want to attack the ADP when there is a window of opportunity.

You and I can both have 20% Russell Gage exposure, however, if my average exposure has an ADP of 155, and you bought 20% after news broke, your average accumulated cost was an ADP of 120. Those exposures on the surface seem similar, but in reality, they are worlds apart in the Best Ball universe. The more we learn about the nuances of Best Ball, the differences between it and Redraft grow wider. Now go galaxy brain your Best Ball portfolio and win your league.