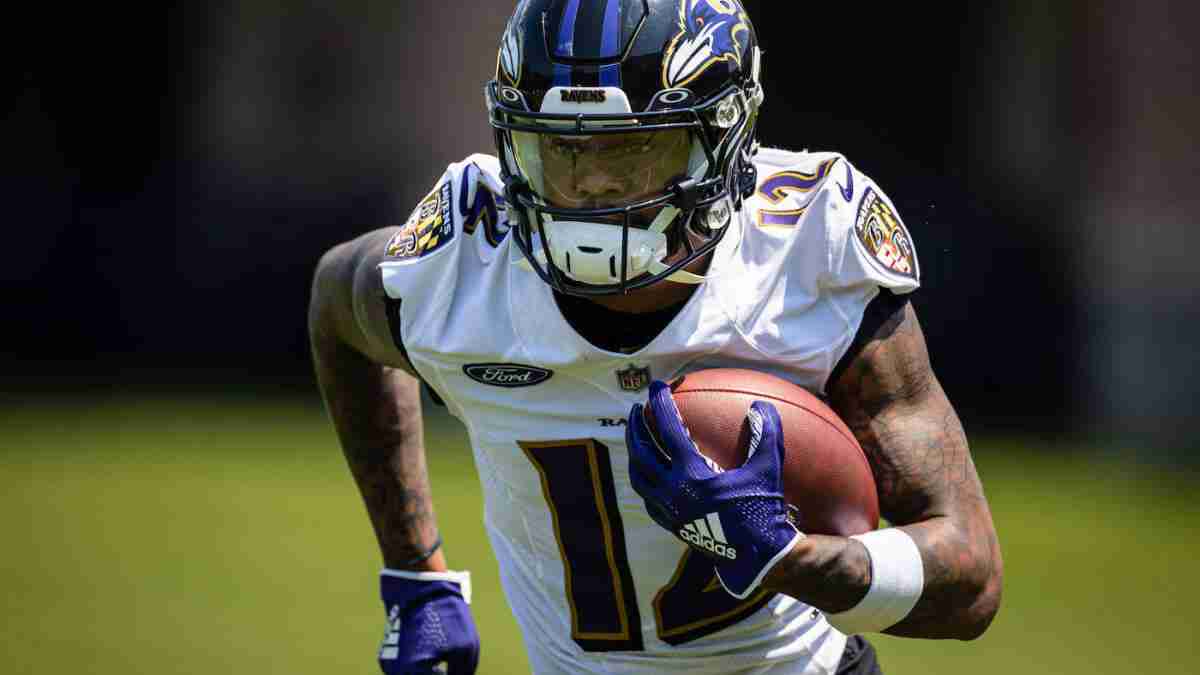 The mid-round WR selections you make in your 2022 drafts are key to having success. The way that I’ve always thought about drafts:

For example, selecting Deebo Samuel last season you got him as the 86th player off the board (based on Sleeper ADP) and picked up a top-level WR for the season. Now, that’s not going to happen with every selection- it can’t. But knowing some names you can look to in those mid-rounds can help come draft time.

For a player to be considered in this list:

Receiver is where you can get a number of finds- just because there are a growing number of them finding their way onto the field. With the lifecycle of the position, you have a number of sophmore and rookie receivers ready to make an impact as well as established veterans

Bateman entered the league with promise, but was derailed when he injured himself in training camp. But, once he did get out on the field he was able to show why the Ravens selected him in the first round.

The team clearly think they have enough in Bateman too, after opting to allow Marquise Brown to be traded away during the draft. I mean, they also let Sammy Watkins go but he wasn’t really a hugely important part of their offense. Between those two players, that is just shy of 200 targets leaving the team.

The issue with Bateman is, of course, the fact that the Ravens are a run-first offense, and that isn’t likely to change. But, Bateman is fantastically talented and should be able to at least match his WR3 ADP spot (WR34)

It looked like Aiyuk was primed to be a fantasy start last season, but after struggling in the opening weeks on the field, he then struggled to get on it. But then, Deebo Samuel took the step up as the gadget player, and Aiyuk only really made an impact at the end of the season.

Fool me twice? Possibly. But the expectation is that new QB Trey Lance is set to take the 49ers offense to a new level with his dual-threat ability. Aiyuk currently may figure to be the third receiving option on the offense behind Deebo Samuel and George Kittle, but I’ll take him where he is going. We have seen his ability, and the way the team is happy to use the position in a variety of ways

Who is the leading receiver for the Packers? Whoever that player ends up being, they are going to be valuable for fantasy. As we know, Rodgers likes to work with receivers he has chemistry with. And outside of Randall Cobb, who isn’t going to be the leading receiver, there isn’t a receiver that he knows. This can clearly be seen below from a few days ago:

He isn’t Davante Adams, but you don’t need him to be when he is the WR47 on PPR redraft ADP. If you loaded up at RB early then Lazard is a fine addition at the back of the 9th round.

Toney is a player that is a blockbuster watch. Get him the ball in his hands and watch him make plays. Last season was really a mix of performances, which is entirely why his ADP is this low (well, that and having Daniel Jones as his QB!).

There were some absolute duds in the his rookie season- Week 3 with two receptions for 16 yards and Week 9 with a single catch for 9 yards spring to mind.

But, there is no doubting that he has big play ability. He performed really well against the Saints in Week 4, before crushing the Cowboys the next week.

Toney has crushed the short and mid-routes shown in his Reception Perception profile- something that suits Daniel Jones, where he has struggled with the deep ball.