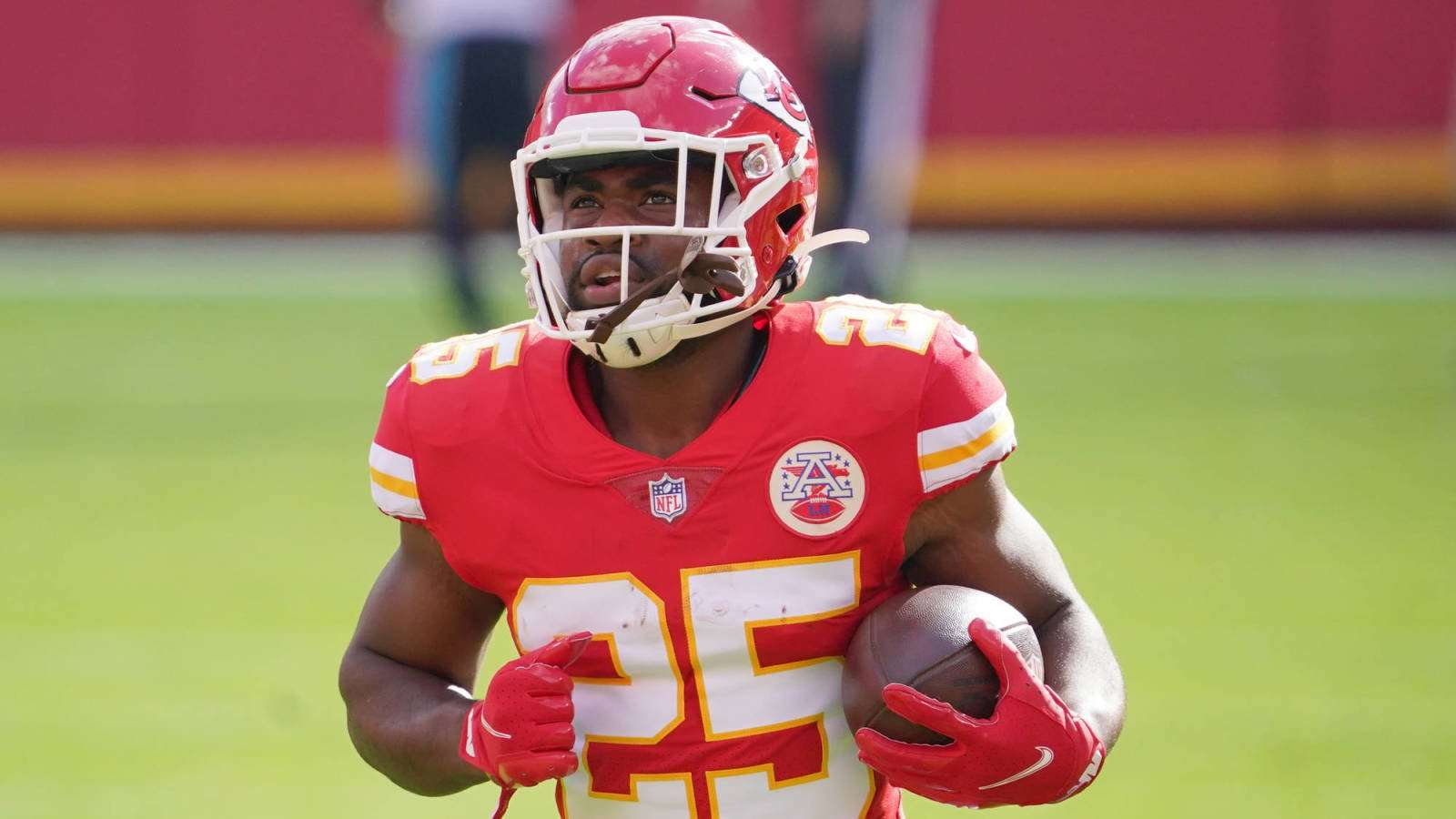 The 2020 regular NFL season is over, but we are still here with some DraftKings selections for the Conference Championship.

Throughout the season, I have been providing players that I feel you should be including in your lineups, with some rationale and this week is no different! So, let’s dig into whom I am thinking of slotting in my lineups! This week with a reduced slate it’s hard to really find too much value in places. However, there if the 2020 NFL season has told us anything, it’s that there will be value DraftKings selections in the Conference Championship. Expect to hear about some unknown players blowing up!

One thing to consider with all of your NFL 2020 DraftKings Conference Championship Selections: Make assumptions with how you think the games will unfold and be ready to adjust last-minute on injury news!

A concussion protocolled Patrick Mahomes ($7,600) tops the list in terms of quarterbacks this week. The collision that ruled him out mid-game against Cleveland has not seemed to alter the Kansas City quarterback’s plans. However, with Mahomes being a limited participant in Wednesday’s practice whilst still under the protocol, Coach Reid stated that the QB ‘feels good’ whilst under centre during walkthroughs. If Mahomes plays, fireworks on the football field are guaranteed, with no less than 20 DK points scored each since Week 7. If Mahomes stays under the protocol, Chad Henne ($5,000) will deputise to take Kansas City to Tampa.

On the other side of the ball, junior talent Josh Allen ($6,900) has shone in the 20/21 season, this continuing in the postseason. Last week’s win over Baltimore was less glamour on offense for Allen and Co, with the defense stepping up but that has been long due for this Buffalo team. Allen’s per game average of 26.9 DK points have carried Buffalo to many wins, and they may have to rely on the QB in this spot once again this week to have any chance of progressing to the Superbowl. As we referred to last week, Kansas City was poor at defending the QB position heading into the postseason, ranking 26th in points allowed (23.4) and 25th in the red zone (15.4). This has been Allen’s lowest price since Week 8, funnily enough, the last time they played Kansas City, and it feels important to take advantage of this.

Aaron Rodgers ($6,500) is another price that falls under the same category as Allen. The Green Bay QB, chasing that MVP season has oozed consistency to close the regular season and now postseason, hitting 25.54 points last week. Despite his struggles against this Tampa Bay defense back in the regular season, I like Rodgers to rise to the occasion this week.

Then finally there is the seemingly ageless Tom Brady ($6,100). Brady’s pricing compared to the QBs is reflected in his scenario here. Travelling to Lambeau Field with some of his weapons banged up is not ideal, alongside the chance that the running game may become optimal in this spot, nullifying Brady’s upside. It could be naive to fade anyone on a four-team slate, but Brady could be one of those exemptions this week.

The running back position is very cloudy right now, and the pricing structure does not help that whatsoever.

The man with the highest price point at the position will be less faded than he has been in past weeks. The main issue with Jones is a lack of ‘boom’ weeks, with only four 20+ DK point performances on the season. This has been mostly thanks to Jamaal Williams ($4,400) getting a healthy amount of touches week-on-week. 12 touches last week empathised that and the cheaper Williams seems an excellent budget option if necessary.

The Tampa Bay backs, Leonard Fournette ($5,300), and Ronald Jones II ($4,600) have attracted plenty of debate this week. The former seems the most attractive of the two with Jones carrying yet more knocks heading into this NFC Championship matchup. Furthermore, Fournette has stamped his authority in the pass-catching duties out of the backfield during the postseason, finishing on 4 and 5 receptions in back-to-back games. The real lack of salary difference here makes the paying up for Fournette a logical decision.

Finally, I want to touch on the Kansas City backfield. Despite not playing since Week 15, Clyde Edwards-Helaire ($5,000) feels like he will be a popular play this week. After recording back-to-back practices at a limited capacity, the rookie seems to be on track to play Sunday. In his absence, Darrel Williams ($4,800) has been serviceable when needed but has failed to make his mark in the offense due to his lack of dual-threat ability. The running back in such a high-powered offense is always an attractive play, and picking between the two could come down to the inactive list on Sunday. Edwards-Helaire, for me, offers much more as a selection than Williams in your lineups if we have the luxury of choosing between the two.

At the top of the wide receiver pool, we have Davante Adams ($8,000), Tyreek Hill ($7,200), and Stefon Diggs ($7,000), three elite talents in which I believe you need two of at least you have a chance of winning some money this weekend. However, picking which two could be extremely difficult.

Adams put in a solid performance last week even under the Jalen Ramsey treatment, totalling 21.6 DK points that not many receivers can say this season and past seasons. Adams and Green Bay now take on Tampa Bay, a secondary which gave up the 30th most points per game to the WR position (45 points per game), plus looked susceptible in both postseason games thus far.

Hill had his worse outing on the season against this same Buffalo side in Week 6, racking up a minuscule 5.5 DK points. However, since then, the Kansas City receiver has hit 20+ DK points on 6 occasions, with many 15-18 point performances mixed there.

Finally, Diggs has been amazing over the last month and a half, averaging an incredible 29.2 DK points. Diggs should continue to hit his average in a high-scoring game where both offenses are expected to be in tip-top form. If I was to pick two of out these three like I suggested you need this week, I would lean Adams and Diggs, but the likelihood is I will own combinations of all doubles and the three of them in my lineups.

The whole Tampa Bay wide receiver room looks a bit of a mess right now. Mike Evans ($5,800) as we know has been dealing with injuries throughout the whole postseason, which has limited his practice time heading into games. As a result, Chris Godwin ($5,400) is seeing his practice reps limited. Then there is Antonio Brown ($4,700), who has not practised on Wednesday or Thursday, which is not a good sign for his participation on Sunday. If Brown a no go, then Scotty Miller ($3,400) could be a great budget option for our lineups.

Another budget option whose viability is not dependent on injuries this week is Marquez Valdes-Scantling ($3,800). Despite him dropping some potentially big chunk plays, there is every chance he catches them this week against this poor Tampa Bay pass defense. Isaiah McKenzie ($3,100) has grown to become an exciting option this week also. With Gabriel Davis ($3,500) missing both Wednesday and Thursday practice and Cole Beasley ($4,100) limited in practice, still dealing with his injuries. McKenzie operated a lot when Beasley was absent, and no Davis as well could see his role expand to a level we saw in Week 17 against Miami.

The tight end position is almost a duplication of the one last week.

There is Travis Kelce ($8,000), and then there is the rest. Like his QB, Kelce has been a consistent source of 20+ DK points, week-in, week-out. This consistency, as mentioned last week, at such a volatile position is so crucial. Hence the joint-high price associated with the Kansas City star. Kelce’s likely matchup in Matt Milano this week the tight end has a considerable size and weight advantage over the linebacker, which can work to Kelce’s advantage. With all the flexibility in salary, Kelce feels like a lock in my lineups this week.

Outside of Kelce, Robert Tonyan ($3,600) and Dawson Knox ($2,800) both look attractive options to either pair with or pivot away from the popular premium option. Both tight ends are apart of offenses with high team totals which could easily hit double-digit points if game scripts fall the right way. Tonyan is much more ingrained into the Green Bay offense than Knox is to Buffalo, despite being on a poor run on recent points scoring.

Every defense this week I feel you could make a case for here to slot into your lineups. Green Bay ($3,600), the most expensive play at the position have a real chance to nullify the Tampa Bay offense completely, whilst you could argue the same on the opposing side with Tampa Bay’s ($2,700) unit.

On the AFC side of things, Buffalo ($2,800) is coming off a 19 point performance that put the sword to Baltimore’s postseason campaign. We saw Kansas City’s ($3,100) defense step up in the playoffs last season and the same will likely be required again without a 100% Mahomes, or potentially no Mahomes at all. As of writing, KC is my favourite play at this position, with Green Bay a close second. Ultimately, I think these two teams will win their games, so picking their defenses comes easy.

That’s it for our NFL 2020 DraftKings Conference Championship Selections. You can find us on Twitter, Facebook, or Instagram. Keep your eyes out for our Showdown slate coverage!