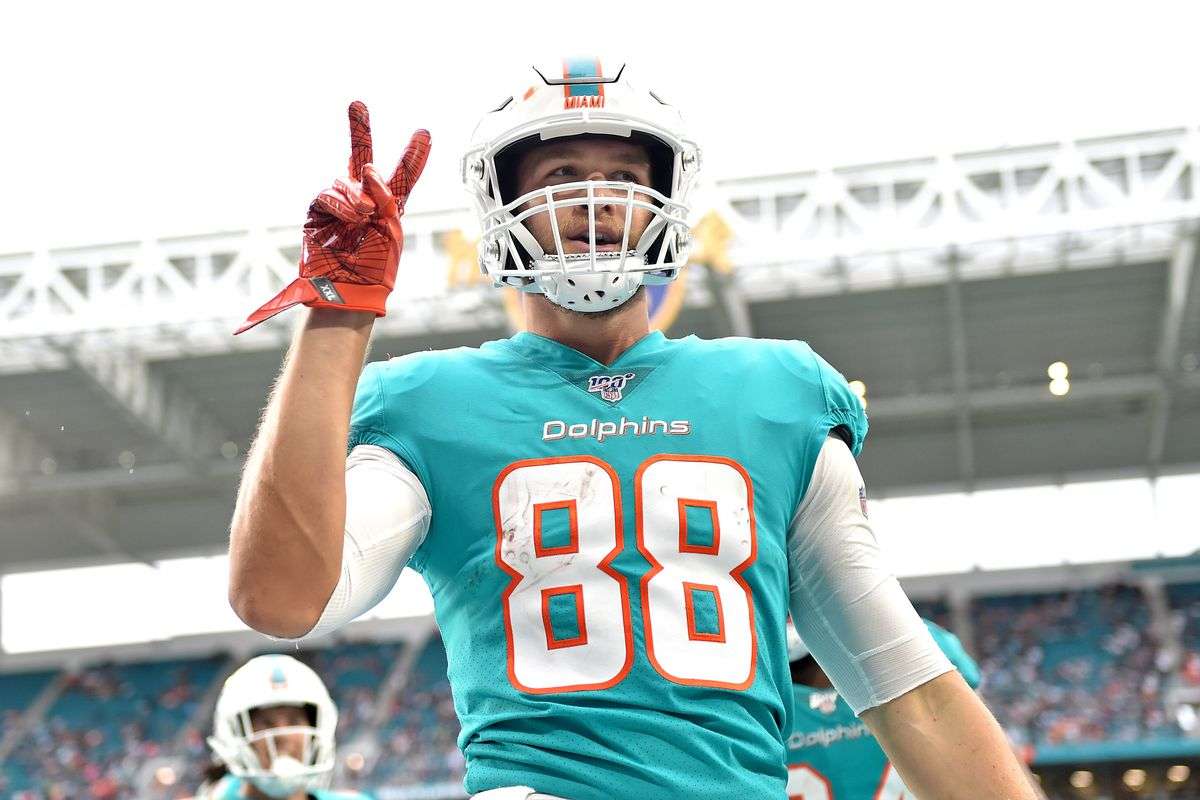 The 2020 NFL season is well and truly underway, meaning time for some DraftKings Week Nine selections! The weeks have seen some great action on the field and some big scoring players. Hopefully, that continues for this week and beyond!

Throughout the season, I shall be providing players that I feel you should include in your lineups, with some rationale. So, let’s dig into whom I am thinking of slotting in my lineups for Week Nine!

No defense has been able to stop this Seattle offense led by Wilson since the season has started. The quarterback has averaged 32 DK points per game this season and is making a strong case for MVP.

Wilson and Seattle take the trip to Buffalo in Week Nine, who has not been the defense they once were last season. Whenever Buffalo have gone up against a competent quarterback (Weeks 2-6 in particular), they have given up 20+ DK points to the quarterback, which is a promising sign if you like the look of Wilson this week like myself.

Since Week Five, Allen has only surpassed the 20+ DK point mark once, and even that was only marginally with 20.38 points against New York. Despite Allen’s struggles the past few weeks, I love him at this price point and in this spot against Seattle to bounce back.

The most significant factor as to why I have this opinion on Allen is the return of a fully healthy John Brown. The receiver since Week Three has had his injury issues and cannot seem to string a set of performances together. We see the best of Allen when both Brown and Diggs are on the field.

As mentioned, Allen and Buffalo take on Seattle, a team which gives the most DK points to the QB position at a per-game average of 29.1. This is in addition to an 8.4 air yards average per pass attempt, where a higher number is needed, purely from an upside point of view.

Notable mention: Derek Carr ($5,700) – Dealt with the terrible wind in Cleveland last week well enough. Now takes on Los Angeles who give up fourth most points to QB position (24.4 DK points per game).

After a 50+ DK point performance last week, it is hard to avoid Cook in this spot the following week. Cook’s Week Eight performance was no flash in the pan either, as Cook has been producing 20+ DK points each week, last week was just a ceiling performance.

Week Nine sees Minnesota take on Detroit, who are on a per-game average give up 32.6 DK points to the running back position. I feel as though a lot of people may fade Cook after last week, but there is every reason as to why Cook can have another 30+ point performance here in this spot and be an excellent addition to your lineups.

With no Drake this week for Arizona (or the likelihood of that anyway!), Edmonds walks himself into a starting back role off of a bye. Edmonds seemed to be gradually getting an uptick on his touches week-on-week, with Week Seven seeing up get twelve touches with seven of those through the air. This led to a 21.5 DK point performance.

Arizona travels to Miami in Week Nine whose kryptonite seems to be the running back position, with the South Beach team giving up a per game average of 26.3 DK points to the position, which ranks joint-eighth worst in the league.

If Edmonds can keep the efficiency he has been showing with a limited touch count; the sky is the limit in Week Nine.

With Austin Ekeler still not having a timetabled return, Jackson becomes a decent value play at a position where value becomes hard to find typically.

The past three games have seen Jackson handle a double-digit workload comfortably, with two of those being twenty touches. Focusing on Week Eight specifically, Jackson had twenty touches and a 17.2 DK performance. Additionally, this performance was all production as zero touchdowns were scored by the Los Angeles running back. Add a touchdown here, and you are looking at a 20+ DK point performance.

Jackson takes on Las Vegas in Week Nine, a team who has been poor all season against Jackson’s position, giving up 29.8 DK points per game.

Notable mentions: Matt Brieda ($4,000) – If he can practise fully this week, becomes an excellent ‘stone min’ play with Gaskin out for the foreseeable future.

It has become standard procedure to plug and play receivers going up against Seattle every week this season and this week is no different.

Diggs, since joining Buffalo has seen a consistent WR1 target share from Allen, averaging out at 9.9 targets per game and Diggs is making the most of this privilege, scoring 18.8 fantasy points per game on average. Seattle is giving up 61.5 DK points per game to the wide receiver so expect Diggs to take full advantage of this matchup.

You are paying a hefty price for the wideout but if you can afford it, he will more than worth it in your lineups.

After a massive week for Metcalf last week, it is only right that Lockett gets his fair share this week on the road in Buffalo. Lockett seems to be a rollercoaster type of player; he will have a ceiling week like Week Seven and Three then fall to irrelevancy the next. Week Eight saw Lockett follow the latter, having just 7.3 DK points compared to the 56 previous.

Following that trend above mean we are on for another big week for Lockett and Buffalo have shown tendencies to be poor versus predominately slot receivers this season (Crowder: 7-115-1, Ford 7-76-0 and Kupp 9-107-1).

We all know who high-powered this Seattle offense is and against a lacklustre Buffalo defense, Lockett will have every chance to produce significantly in our lineups once again.

For the first time this season, Johnson is not on the injury report. For a player of his talent and at this price, the Pittsburgh receiver is hard to ignore.

Johnson, when able to stay on the field is Pittsburgh’s WR1, seeing double-digit targets in all three full games he has finished, averaging 20.9 DK points in those performances.

Pittsburgh travels to the fantasy carnival in Dallas who at the worst team at defending the deep pass this season, which is Johnson’s speciality. With Johnson’s health, there is a risk with this play, but we hit the last time he played him in my lineups and the hope the same happens again here.

This selection may surprise a few of you, but I like Gesicki in this matchup. Yes, his play has been inconsistent, but most weeks he is getting the targets, and you will struggle to find a better matchup than Arizona.

Arizona has given up plenty of big games to slot receivers this season. Two examples of this trend in Crowder (8-116-1) and Lockett (15-200-3). Admittedly they are wide receivers, but with 67.5% of Gesciki’s snaps this season coming in the slot, I would class him as a slot receiver. Additionally, Arizona has given up a per game average of 47 receiving yards to the tight end position.

Everyone will be fading Gesicki this week. When everyone zigs, we zag.

After practising in full for the first time since Week Four, Akins is a great value play at a position which has been a struggle to identify the right play the past few weeks.

The first four weeks Akins was in action saw the tight end have a consistent share of Watson’s passes whilst being efficient with his receptions too, averaging 12 yards per reception this season.

Houston takes on Jacksonville this week, a team that gives up 16.6 DK points per game to Akins’ position as well as defending the short area of the field at the worst rate in the league, an area where the tight end typically gets their production.

Washington should do better than their four-point DK performance in Week Six against this New York side, and I do not want to miss out on another point haul for this defense.

Houston’s defense may not be one that jumps off the page initially but they are more than worth a look this week. Houston takes on Jacksonville in Week Nine, who have rookie Jake Luton marshalling the offense for the first time with Minshew ruled out during their bye week.

Houston netted a decent nine DK point performance the first time they faced Jacksonville in Week Five with Minshew on the field. Therefore, our chances that with Luton at the helm for Jacksonville and the consistent sack rates this Houston defense gets (two-three sacks per game average), the potential is there for a big points haul.

NFL 2020: DraftKings Week Eight Selections – My lineup as it stands

So, there are our DraftKings selections for Week Nine of the NFL 2020 season! Who have we missed out? You can find us on Twitter, Facebook, or Instagram. And remember, if you need some help for your season-long leagues you can find our rankings here.