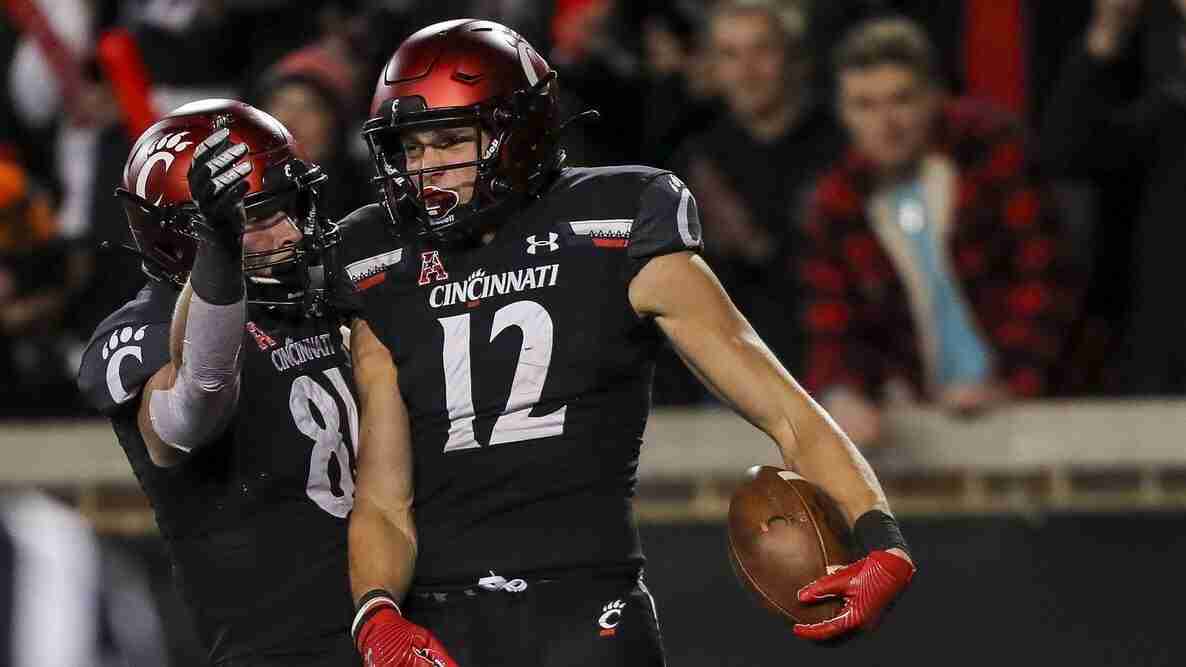 Welcome to the rookie profile for Alec Pierce.  Pierce was a standout performer for a Cincinnati team who got to the College Football Playoff Semifinals, developing as a favorite target of new Atlanta Falcon Desmond Ridder across his four years in college.

Pierce started his college career as a special teams only player, even sometimes shifting to linebacker in practices due to his tackling ability, or in order to develop this for game time. However, shifting into his sophomore year, Pierce was able to showcase his proficiency as an outside receiver.  He led the team with 652 receiving yards this year, but suffered a shoulder injury and was barely able to play into his third year.

However, it was Pierce’s fourth year that he truly broke out.  He was an integral part of a hugely successful Bearcats season and was a second-team All-American Athletic Conference selection in 2021 as Cincinnati’s top receiver.  He led the team with a 21% target share, with a college YPR of 17, putting him in the 79th percentile and a very intriguing prospect for the 2022 NFL draft.

Pierce is a great athlete, profiling as an outside receiver due to his 6’3 frame.  He also ran a 4.41 40-yard dash, putting him in the 90th percentile – truly elite considering his size.  He’s a big wide receiver prospect, who crucially plays to his size as well.  He’s strong through the catch point, with a toughness to his game that should help him develop both in the run game as a blocker and as a potential slot receiver, working the middle of the field where hard hits come with the role.  His strength and size amplify his catch radius, meaning he’s able to body smaller corners, even if he struggles to break away from them during his route.

Pierce’s strength through the catch point shows throughout his tape, but this is perhaps due to his slight lack of proficiency as a route runner.  He doesn’t have the broadest of route trees, and whilst his long speed is impressive, this is let down by a less than ideal release package, and a particular lack of burst through the early parts of his routes.  Pierce played as a deep-ball specialist throughout college, but this issue with route running means he may start his NFL career as a possession threat underneath who can also play a key role in the endzone.

Despite uncertainty around him as a prospect and little first-round hype, Pierce was always going to be drafted relatively high due to the ceiling of a profile like his.  This was the case when he came off the board as the 12th wide receiver selected.  He went in the middle of a run on WRs, with the Steelers selecting George Pickens right before him and the Chiefs taking Skyy Moore the pick after him.  It’s easy to see why the Colts opted for Pierce – with Michael Pittman’s development into a true alpha receiver, it seems the Colts were looking for another outside threat to work opposite him.  With the Colts then trading for Matt Ryan, Pierce has found himself in a strong situation with a very talented quarterback, and a fair amount of vacated targets with the loss of TY Hilton and Zach Pascal.

The Colts are going to run through Jonathan Taylor as long as he’s healthy, and Michael Pittman has developed into a clear WR1 in this offense.  However, I would project an uptick in passing volume for the Colts with Ryan at quarterback, meaning there’s a clear opportunity for Pierce in this offense.  He’s the clear WR2 on the depth chart in Indy.  For fantasy, I think Pierce has WR3 upside as early as his rookie year, purely due to the lack of competition for targets.  It’s worth noting that the Colts have put together a team of monsters, with not only Pierce and Pittman but also Jelani Woods joining Mo-Allie Cox at tight end, so red zone threats aren’t hard to come by.  But with the clear opportunity in front of him, Pierce is an intriguing third-round pick in dynasty this year.