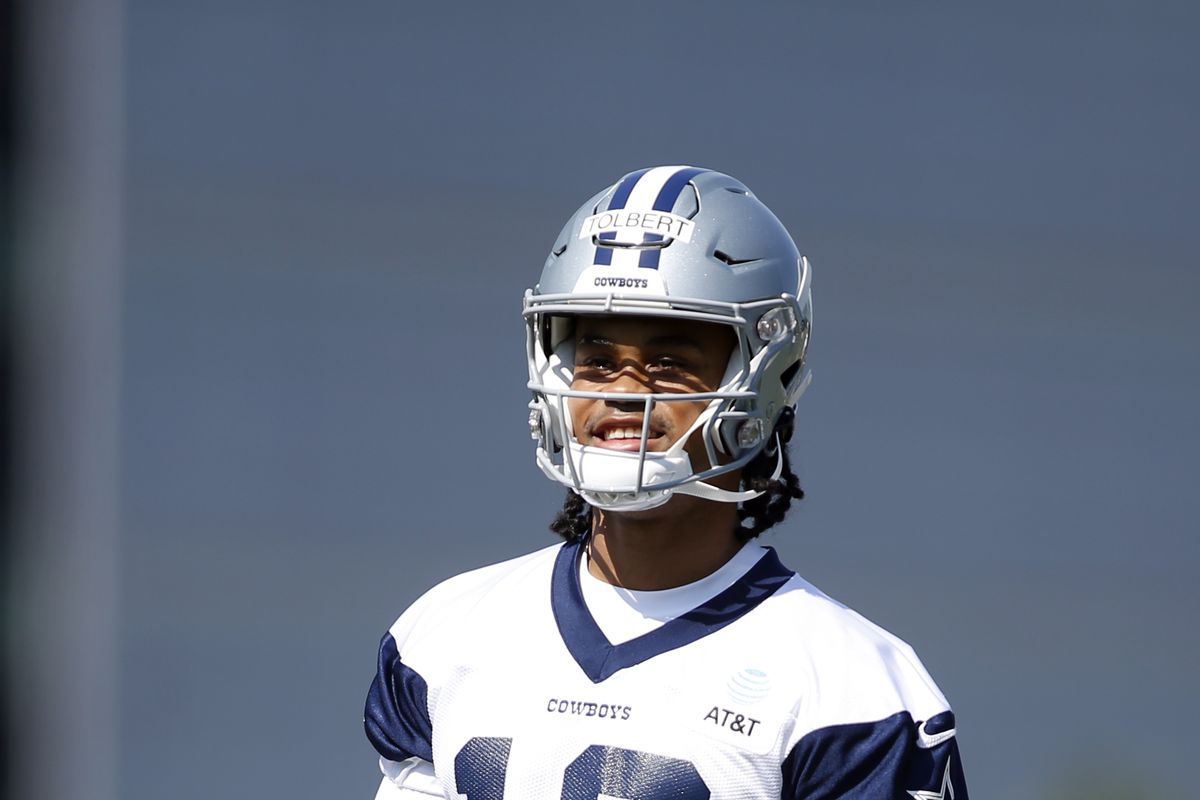 Welcome to the rookie profile for Jalen Tolbert. Tolbert thrived as a deep threat at South Alabama but showed out at the Senior Bowl due to his strong route-running ability paired with his adeptness at contested-catch situations.

Tolbert was a two-star recruit who went to a small school in South Alabama.  He was forced to redshirt his freshman year due to injury, so he didn’t really get a chance to show out until later into his college career.  However, his play in 2020 drew a lot of attention to him as a prospect. This was compounded by his 2021 break-out, where he finished 6th in the FBS in terms of yardage.  He also set school records when deciding to stay into his 2021 season, and thrived as a deep-ball specialist in a not-so-great offense.

Tolbert was one of the stars of the Senior Bowl, which was when the wider fantasy community started to pay attention.  He came in with a fair amount of pressure, as the Senior Bowl is seen as one of the only opportunities for star players outside the Power Five. However, his contested catch ability thrived throughout the workouts, with some analysts even mocking him into the first round after his performance.

Tolbert is a receiver who plays bigger than he actually is, thriving in contested catch situations, whilst also showing a fair amount of shiftiness off the line.  I’m encouraged by the fact that his route running shows a lot of smoothness – I’m often wary of receivers who thrive off contested catches in college.  However, Tolbert has a lot of movement in his hips and shows an ability to change direction quickly.  All of his positive traits are ones that should translate to NFL success.

Tolbert’s main issue as a prospect just comes down to sharpness.  He’s fluid in his hips, but could be more fluid.  He’s a decent route runner in the short to medium game, but not quite precise enough.  He has a tendency to occasionally round his routes at the top.  But these are all things that I think he can work on at the next level.  Tolbert also had a slight drop problem in college, but I wouldn’t be too worried about this continuing into the NFL.

Tolbert slipped slightly later than where he had been mocked, but the landing spot was one of the best ones.  Tolbert joins a Cowboys offense that has just moved on from Amari Cooper and will be missing Michael Gallup for the beginning of the season.  They also lost Cedrick Wilson in free agency this past offseason.  The Cowboys have 205 vacated targets for 2022, which ranks them 11th in the NFL.  Tolbert should be able to immediately compete for the WR2 role in camp, although he’ll likely take a step back once Michael Gallup returns to fitness.

For his long-term outlook, the Cowboys’ offense is a monster in terms of passing volume.  Dak Prescott finished 9th in the NFL in passing attempts last season, having only played 16 games.  Kellen Moore has shown a proclivity toward passing the ball, so Tolbert will have plenty of opportunities to shine.

Tolbert is one of the rookie receivers who has a great opportunity to produce early into his career.  He’s being drafted in the early third round in rookie drafts, which I think is a steal.  I would take him over most of the running backs he’s going later than, including Zamir White and Tyrion Davis-Price.  Even though his upside is slightly limited in an offense that has a lot of mouths to feed, I would definitely be happy to take a chance on a player who has a chance to compete for targets in a very strong offense very early in his career.  If he can show his talent while Gallup is injured, Tolbert might make a case for keeping the WR2 role.