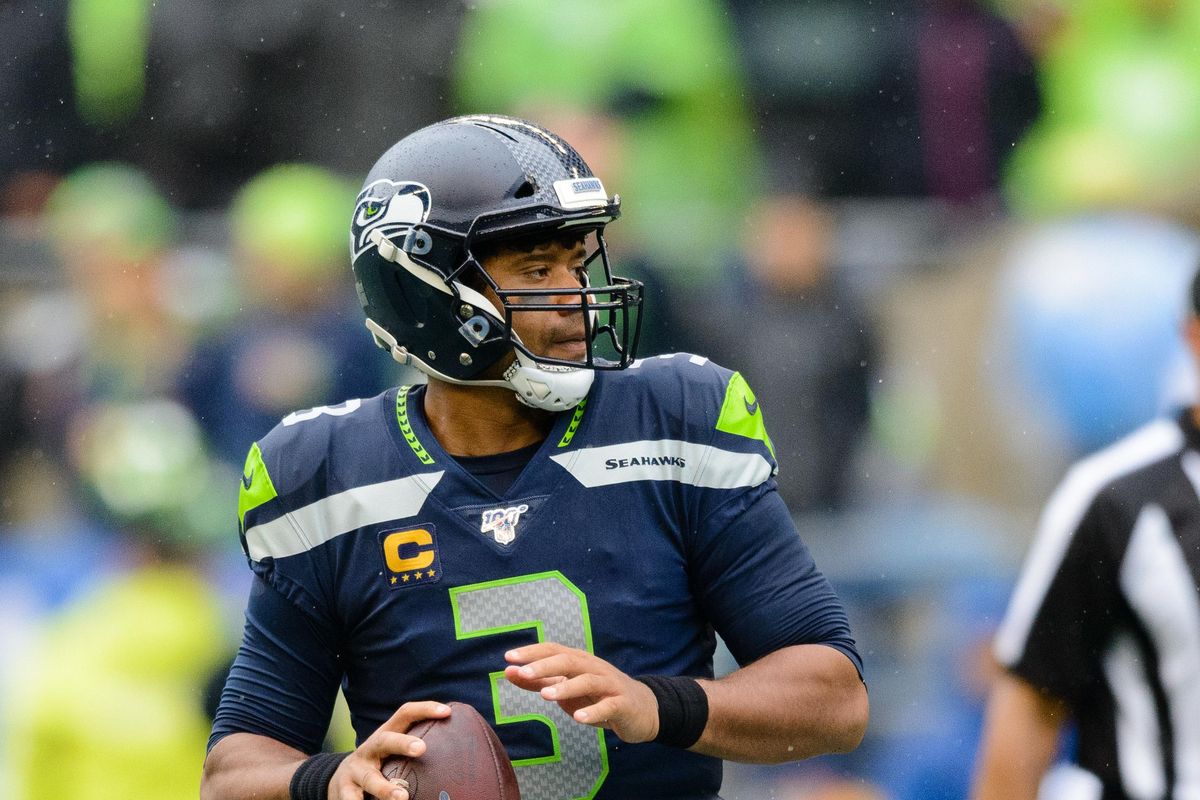 Trade rumors have floated for a few seasons, but finally Russell Wilson was traded to the Denver Broncos, here we look at the impact for fantasy. The trade itself moved on a number of draft picks, as well as Noah Fant and Drew Lock. On the face of it, the impact is clear- uptick for all of the Broncos pieces and waiting to see how the Seahawks approach the offseason.

What it means for Denver

The fact of the matter is that this offense is now very much interesting for fantasy football. As solid as Teddy Bridgewater is in real life, he isn’t aggressive (or effective) enough to really support multiple options week to week.

In Wilson, the team has brought in a reliable option under center. Until last season, he hadn’t been part of a losing season or missed a game. Last season though, Wilson struggled after missing some time with a finger injury. Before that injury, he was a solid option, and towards the end of the season where he had fully recovered.

At 33 years old, Wilson is a veteran, but there shouldn’t be a big concern that he is “old” given the length of QB careers in the NFL now. One question mark around Wilson has been consistency in his performances. There have been some great fantasy finishes, with Wilson finishing as QB4 in 2019 and QB6 the season after.

There is no denying that Denver have a solid offensive core of players. Jerry Jeudy and Courtland Sutton are effective receivers, while the team have an exciting backfield option with Javonte Williams. One area that they aren’t overly effective is along their offensive line, although they did have some good performances last season.

The team still have one of the highest levels of cap space, and some mid-level picks in the draft, despite the capital given up in the trade. So there is the opportunity to improve their offensive line, which would be something that Wilson hasn’t overly had in his career to date.

Jeudy hasn’t managed to live up to the hype that his selection had. In his rookie season, he struggled with drops, last season he struggled to be on the field. An ankle injury forced him to miss Week 2 to Week 7 last season, and he never really looked comfortable. This season, with the best QB of his career we could well see the breakout finally with his raw ability.

Equally, Sutton should be able to build on his performances of previous seasons and be a flex contender this season for your lineup. Sutton had two games early in the season where he eclipsed 100 yards (when Jeudy was out) but from Week 7 onwards he didn’t have more than 70 yards receiving or a TD scored.

With Noah Fant being moved on, Albert Okwuegbunam is getting some hype. But I’d leave it as hype and let someone else deal with him on their roster. If you have him on your roster, now is definitely the time to sell. While he has upside game to game, he isn’t much else than a streaming option to me.

There is alot of fire sales going on at the moment. With some bargain trades seen on Twitter and Reddit since the Wilson trade was announced. If an owner of either Tyler Lockett or DK Metcalf is starting to worry, then make an approach for them. Both of them are likely to have value just through target share. Of the two, Metcalf is the one that has more value. Lockett’s production came from his fantastic chemistry with Wilson, so he is only really a WR3 or flex option. That is, assuming he stays on the roster. There are already rumors circling that he could be on his way out too.

Seattle did acquire Drew Lock in the trade, but he is not going to be leading the Seahawks QB room. He has been far too inconsistent in his career to be trusted to lead an offense surely. Instead, the player that really could make some waves is Noah Fant. Fant has been a decent option for fantasy at times, with some great performances for the Broncos. Whether he can keep that going is going to be largely dependent on who the team bring in at QB.

The QB market is open, with some veterans available to trade for, as well as some temporary options available in free agency. And that is assuming that the Seahawks don’t take a rookie with the 9th pick in the draft. Ideally for Fant, a player like Teddy Bridgewater who takes what is given to him would be good for Fant, especially as they already are familiar with each other. But it’s far more likely that they look to bring in a rookie and build around him, which could mean Fant is used in the middle of the field as that rookie builds in NFL confidence.

So, a big domino falling in the 2022 offseason. This is the type of article that is interesting to look back on a year from now as the true fantasy impact of the Russell Wilson trade to Denver really takes shape. Don’t forget, you can get prepared for your fantasy drafts with our Fantasy Draft Kit. Or you can find us on Twitter, Facebook, or Instagram.