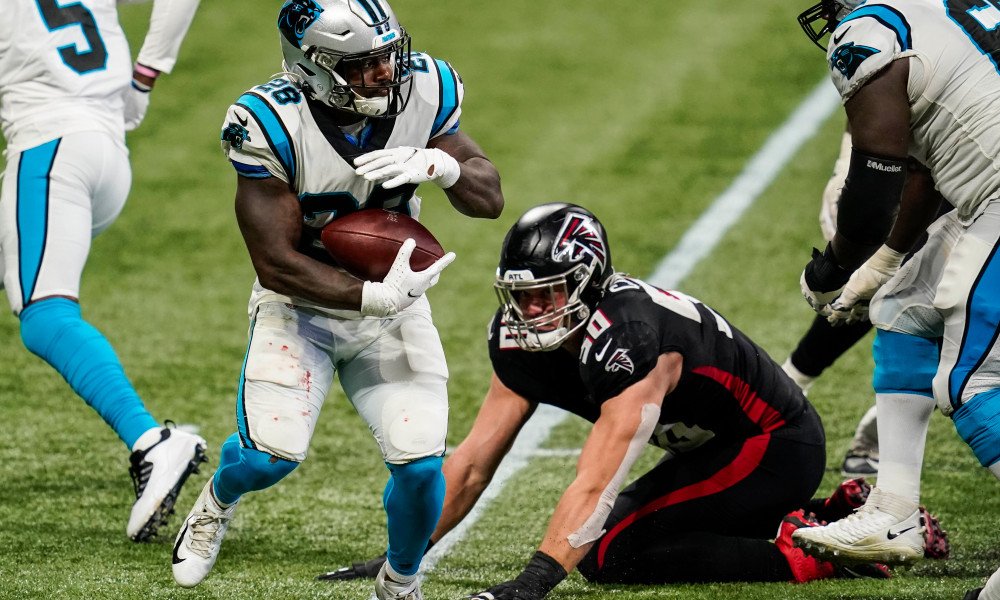 Welcome back to our Start ‘Em Sit ‘Em series for 2020, we are about to enter Week 11! The season seems to be flying along, and more importantly, we haven’t really seen any COVID issues. Hopefully, you are playoff bound- but if you aren’t it’s time to turn that around!

Our Week 11 Start ‘Em and Sit ‘Em selections for 2020 are chosen deliberately for players that I’ve seen people questioning. Slam dunk starts (the likes of Patrick Mahomes) and sits (pretty much anyone in New York) aren’t going to be included. You should always be starting or avoiding those guys.

Each week I keep thinking that the game script will take the ball out of Big Ben’s hands. Each week, the team decides to keep throwing the ball, so maybe that’s just what they want to do now. After spending the majority of last week at home on the COVID list, he suited up and threw 4 TDs. With a matchup against the Jaguars defense this week, one of the worst units in the league, Roethlisberger is a great option.

Winston is back! As my colleague mentioned, he has a great matchup this week against Atlanta. The issue is, is this the Winston of old throwing INTs and TDs for fun? Or have the Saints found a way to reign him in? I like Winston as a pickup and play this week. Mainly due to the matchup.

Edit: Since writing the team have announced that Winston won’t be starting at QB. However, Taysom Hill has never thrown a TD pass in the NFL and we haven’t seen if he can lead an offense. You can’t start Winston, but you could hold him if your bench is deep enough.

Smith returned from his devasting injury last week, nearly winning a comeback victory over Detroit. Sure, he didn’t have a passing TD, but he still had a decent fantasy performance with his passing volume. This week, he faces up against a Bengals unit that has allowed QBs to throw 21 TDs this season (only better than Atlanta).

I know, I know. Dalton hasn’t been great since he was the starting QB for Dallas, but this is the perfect matchup to get back on track. Minnesota can be beaten through the air, and Dalton does have enough weapons around him to cause their defense trouble. Let’s be real- he is likely unowned in your league so could be a perfect bye week replacement for Josh Allen.

Christian McCaffrey has been ruled out this week, meaning Davis will continue in his role of starting running back. Davis struggled last week against Tampa Bay, but they are a tough unit. This week, he matches up against the Detroit Lions, comfortably the worst unit in the league against the position.

There aren’t many things that Detriot fans can really get excited about, but one of them is their rookie RB. Swift has really taken a step forward in recent weeks, and is now the clear starter for the team. The Panthers defense has been awful on the ground, so I’d expect Swift to have another strong game.

UPDATE: Swift has now been included on the injury report for Detroit with a concussion. If he doesn’t make it through the required protocol, then Adrian Peterson should step up as the lead back.

Last week Johnson didn’t have the game that many people hoped he would as the lead back for Houston. But, in case you didn’t watch the game, the weather was awful so there wasn’t going to be alot of passing. That meant Cleveland could just stack the box. This week, the Texans face New England, who have struggled against pass-catching RBs this season.

This is really a theme- selecting RBs from opposing teams, but let’s move past that. Harris has really stepped up in his role as the early-down back in this offense, with an average of over 5.6 yards per carry over the past three weeks. The Patriots now face Houston, who have given up an average of 5.5 yards per carry this season, as well as an average of 26.2 points per game to the position. Sure, there is the risk that the team use Rex Burkhead, but you can’t let that put you off.

I write this fully knowing that now I’ve likely backed the wrong RB, as that’s how it feels with the Colts. A lot of people will back Nyheim Hines or Jordan Wilkins in this matchup, but I like Taylor. Taylor is often given the opportunity to start the game, and is taken out if he starts to struggle. Against this Packers defense, who have given up just over 4.5 yards per carry this season, I think Taylor stays in the game for longer than in recent weeks.

I backed Andy Dalton this week, so I need to back some of his weapons. Cooper is going to be in your lineup regardless, but if you are wondering if you should start Lamb, after so recent struggles, I feel fine about it. Minnesota gives up plenty through the air, so there should be enough to go around.

If the breakout game is going to come this season, then there is a big chance it is going to happen this week. Brown marginally leads the team in targets, and they now matchup against Tennessee who have given up an average of 27.5 points to the position. If it doesn’t happen this week, then I’m personally thinking it won’t happen.

Knowing which receiver will have a big game for Pittsburgh is difficult, but I’m backing Johnson to have a good game here. Johnson has missed time through injury, but is still second on the team in targets and receptions. The issue is that Johnson isn’t typically targetted near the goal line, instead they look towards Chase Claypool. However, I think the Steelers wil be able to attack from deep, which is where Johnson excels.

Meyers has stepped up as New England’s target machine over the recent weeks, and has been decent with them. The matchup against Houston gives him another opportunity to have a good fantasy week, as they have struggled to keep wide receivers from being productive this season.

Cook comes into this game, against the worst defense in the league at the position, as a primary weapon in the red zone for New Orleans. Winston has previously used his tight ends at Tampa, so Cook could be in for a good game here.

Hurst didn’t start the season really well, but is now starting to put together a string of decent performances. However, that was while Calvin Ridley was out of the lineup due to injury. So it could be that the early season struggles continue. But it’s hard to look past a matchup that allows 9.5 points per game to the position.

Washington has the king of check downs (Alex Smith) leading the offense now. That is fantastic for Thomas who has been used as a big-body player to pass to if the pressure becomes too great. A matchup against the Bengals is fantastic, with the team giving up 10.9 points on average to the position.

Carlson featured in this column last week, and I see no reason to take him out. The Raiders offense is an effective unit, and have found a way to win against the Chiefs. I’d be confident of a few FG attempts, as well as PATs this week.

I love how Koo has played this season. He has been accurate, and has shown that he has the leg power to be a deep threat. A high-scoring game in a dome is just another opporunity for a great fantasy performance.

The Giants are on bye this week, meaning the obvious choice is the team matching up against the other New York team. The Jets are set to start Joe Flacco at QB. Despite him coming off the back of his best performance of the season, I’m not worried about him suddenly getting this toothless offense back on track.

The Eagles have really struggled on offense this season, due in part to their struggle to keep Carson Wentz in the pocket. Wentz has been sacked nearly four times every game on average, and has thrown 12 INTs in his nine games. The Browns have been finding a way to constantly get to opposition QBs, so I’m confident starting this DST.

This matchup is rough for Brady, especially as he isn’t the most mobile QB in the league. The Rams defense have only given up an average of 14.2 points to the position this season, a unit that just managed to frustrate the potent Seattle Seahawks offense. I’d look for a different option this week.

Goff didn’t excel in his previous game against Seattle, a matchup that he should have been great in. This week, he faces a tough defensive line and a unit that has only allowed 16.4 points on average to the position. We have seen what happens when Goff feels like he is under pressure, and it’s not pretty.

I was high on Lock during the offseason. I thought the team had surrounded him with enough talent for him to excel. However, it’s not really happened- he hasn’t taken that step forward. Combine his struggles with his matchup this week, the Miami Dolphins, who have taken a huge step forward and this feels like a matchup to avoid.

This seems to be the perfect blend of things to avoid. A RB who has struggled this season, against a unit that is the best in the league at defending it. There’s not too much more to say- avoid.

This selection is entirely about the matchup. Tampa have been a great unit against the run this season, and have only allowed 15.0 points on average to the position this season. Combine that with the fact that Jared Goff is likely to struggle behind his offensive line, and this feels like a game to avoid. And that’s not even mentioning the touches that Malcolm Brown or Cam Akers could steal away!

There are three threads that bring together this sit. One, Denver haven’t been really been a running offense, sitting 24th in the league in rush attempts. Two, when they have run the ball they have given Philip Lindsay carries. Thirdly, the Miami Dolphins h