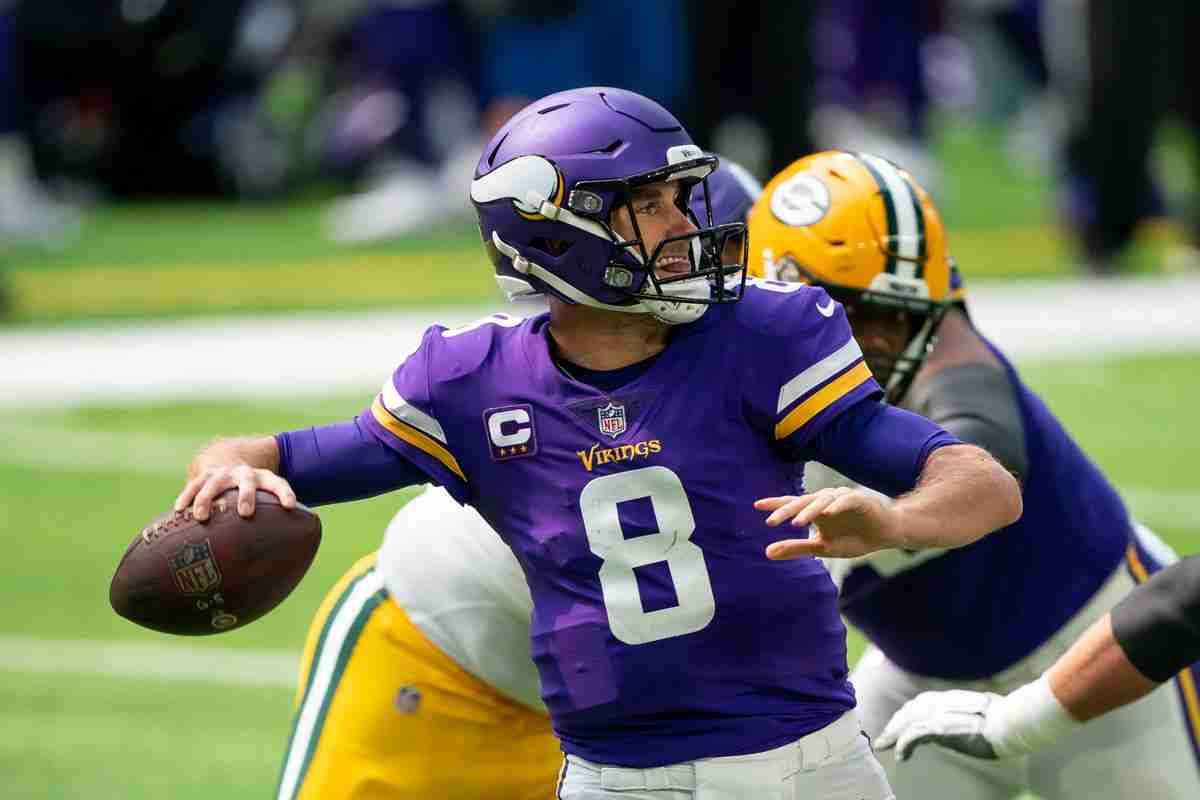 Welcome back to our Start ‘Em Sit ‘Em series for 2020, we are about to enter Week 17! I’m not going to say you shouldn’t be playing in Week 17. It’s totally up to you what you do. Fantasy Football is just for fun after all. Anyway, let’s get to it.

Slam dunk starts (the likes of Patrick Mahomes) and sits (pretty much anyone in New York) aren’t going to be included. You should always be starting or avoiding those guys. These are players that I have seen on social media being considered with some mixed answers.

Cousins is what he is- a solid, but unspectacular option for fantasy. The things that Cousins has going for him this week are that Detroit is the worst team against QBs this season. Oh, the team are also without Dalvin Cook, and their rookie receiver Justin Jefferson is just 132 yards away from a team record in receiving yards.

This is a game that the Colts simply have to win if they are going to make it into the playoffs. Rivers will be out to get his team into the post-season and avenge that Week 1 loss.

Brady won people championships last week, and even though Tampa doesn’t have anything to play for (really) he is expected to suit up. Atlanta’s defense has struggled all season. Fantasy Football isn’t always hard.

Taylor is a cheat start. There is no way that you don’t start him if you own him. This week he comes up against Jacksonville who are among the worst in the league against the position. This is also a game that the Colts have to win.

Gordon has stepped up right at the end of the season, which is great. This matchup should be one that the running back should be able to be productive in. If I have him, he is a no-brainer start for me.

Johnson is reminding people that he can still be a decent player in the league, after putting together some impressive performances. Against the Titans, he could have another strong outing.

Jefferson is a great option this week. The Vikings are without Dalvin Cook and as I mentioned in the QB section, Jefferson is close to breaking a franchise record. Not to mention the matchup is great.

Houston hasn’t had a great season, but Cooks has been a ray of light for the team on offense. The Titans secondary have struggled all year to stop receivers do what they want. There is no reason to think that won’t happen again in this matchup, especially after Cooks had his second 100-yard game this season.

Gallup had a great game last time out, and has another great opportunity to do the same. The Cowboys need to win this game to stand a chance at making the playoffs (as ridiculous as that sounds). Andy Dalton has been a decent stand-in, and Gallup is one of his favored targets.

Tonyan has been great for the Packers this year. He has really disproven that Rodgers doesn’t use the TE position. Tonyan is one of Rodgers favored targets, especially in the red zone, and the team will be looking to beat Chicago this weekend to lock up the Number 1 seed.

Let’s keep this short and to the point. The Falcons can’t run the ball effectively. Julio Jones isn’t going to play. More targets should come to Hurst as a result.

Carlson has been an effective fantasy option all season. This game should be competitive, which should allow for the Raiders to have a few FG attempts mixed in with PATs.

The Cowboys offense has really been rolling, and part of that is the ability of Zuerlein to convert his kicks. There’s no reason why it won’t happen again this week (it’s been the case in the last few!)

The Steelers have opted to sit Ben Roethlisberger. Meaning a return to Mason Rudolph, who I can’t see being able to over-run this defense.

The Seahawks have improved on defense in the second half of the season. Sure their opposition might not have been the greatest, but it’s not like the 49ers have Patrick Mahomes at QB.

The Saints have a chance to win and end up as the Number 1 seed for the NFC, but there is only one way that they can do it (I believe). In which case I could see the team opt to rest Brees’ ribs for the playoffs and bring in Taysom Hill, especially at the goal-line.

Mayfield could end up having a great game, but I’m not confident enough of that to put him in lineup. The Steelers could end up resting their starters, but I’m just not feeling overly confident in this matchup.

As with last week, this could be mute by the time we get to Sunday if the Steelers opt to sit their starting RB. The matchup isn’t great, and this offense hasn’t been great recently. Avoid if you can.

Now I’ve included Fournette here I’m sure he will end up being the back with the most touches this week. But honestly, Atlanta are a decent run-defense and I think it’s far more likely that Ronald Jones has the majority of touches in this game.

Kirk might not be getting attention from Jalen Ramsey, but the Rams are still the toughest defense against receivers. I’d avoid it if I could, especially as the Hopkins is still likely to command the majority of targets.

Don’t do it. Sure, Deebo Samuel and Brandon Aiyuk are both out but that doesn’t mean the targets are going to be Bourne’s. No! Expect the ball to go everywhere, with George Kittle the likely standout leader.

Graham is a risky play this week. He has been out-tageted by Cole Kmet, and really only has TD upside. The Packers defense has found a way to put pressure on the QB, and we’ve seen what happens to Trubsiky he is pushed.

The issue I have with Bailey this week is that the Vikings aren’t going to stall that much on offense. Limiting a kicker to just PATs isn’t what I want.

The Giants defense is a solid unit, but this offense is cooking. Andy Dalton started out his Dallas career struggling to move that ball, but that seems to be a thing of the past.

So that’s it for our 2020 Week 17 edition of Start ‘Em Sit ‘Em. Remember, you can always reach out to us for help in setting your lineup. Check out our weekly rankings page, or reach out to us on any of our social media channels. You can find us on Twitter, Facebook, and Instagram. And, as always, if you want something more specific to your league- reach out!