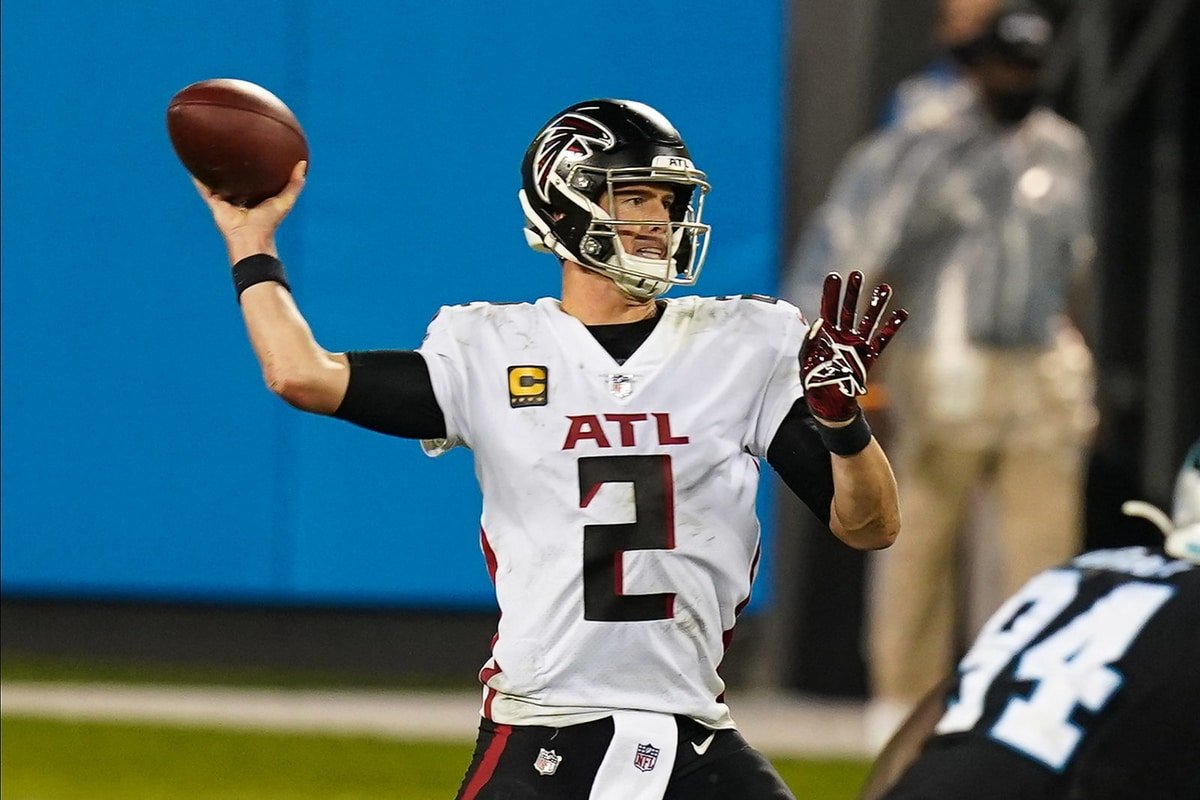 Welcome back to our Start ‘Em Sit ‘Em series for 2020, we are about to enter Week 9! The season seems to be flying along, and more importantly, we haven’t really seen any COVID issues. Hopefully, you are playoff bound- but if you aren’t it’s time to turn that around!

Our Week 9 Start ‘Em and Sit ‘Em selections for 2020 are chosen deliberately for players that I’ve seen people questioning. Slam dunk starts (the likes of Patrick Mahomes) and sits (pretty much anyone in New York) aren’t going to be included. You should always be starting or avoiding those guys.

I don’t know which way I think it is. Does the offense make Brady? Or does Brady make the offense? At this point though, it doesn’t really matter. The point is that he is playing well, and has now added Antonio Brown to the mix of weapons he has. Brady finished his matchup in Week 1 with 239 yards and two TDs, and should be able to have a similar stat-line. I wouldn’t expect another rushing TD though.

Herbert has been performing at a higher level than the Chargers record would suggest. This offense flows through their rookie QB, and he now faces a Raiders defense that has given up an average of 20.8 points to the position. Herbert should be able to air it out early and often.

Newton had a costly fumble late last week, but that just means he will look to make more of a statement in this one. I’m not expecting a 5 TD game like we saw from Mahomes, but there should be enough production through the ground and air to give Newton a good fantasy total.

Ryan has aired the ball often this season, as his defense has struggled to keep teams from scoring. Infact, he averages over 300 yards and 3 TDs in each game. The issue that he has found is inconsistency scoring. However, against Denver he should find success through the air.

Edwards-Helaire struggled last week. I fully expected that this was going to be a game that the Chiefs just pounded the Jets on the ground. However, Patrick Mahomes thought he would have a big game instead. Despite that, I think the team will return to the ground game against Carolina. The Panthers have performed well against QBs this season, but have struggled against RBs. Start Edwards-Helaire with confidence this week.

Edmonds should step in as the lead-back for Arizona this week, unless the team decide to risk Kenyan Drake. Personally, it seemed as though Edmonds was starting to get more work in the offense anyway. The Dolphins have given up an average of 20.9 points to the position this season.

Johnson is worth a start in this matchup against Jacksonville. The Texans starter has been inconsistent, but in matchups that he should be good in- he is decent. Johnson was able to record just over 100 all-purpose yards in Week 5 (the Texans only win this season).

Diggs is a must-start this week. The Bills offense started the season really well, but stalled so this matchup should get Diggs back on track. The Seattle defense is the worst against WRs, so start Diggs and feel good about it.

This blow up game is coming- trust me. Every season just when you are about to give up on Jones, that’s when he shines. Matthew Stafford is currently out on COVID reserve, but he could be available for this game. If he is, then Jones will be the primary receiver for Detroit with Kenny Golladay set to miss the game.

Cooks is still the leading receiver (in terms of targets and receptions) for Houston and balled out against Jacksonville in Week 5. He ended that game with eight receptions for 161 yards and a single TD. I’m not expecting him to reach that high, but he should have a great game and therefore be in your lineup.

If you picked up Brown, then I feel you need to start him. Last season, when he signed for the Patriots, we weren’t sure on the usage I’d get but Brady gave him the ball. I’m expecting a similar thing to happen here. Against the Saints defense, I’m happy to give Brown the nod.

Gronkowski really struggled at the start of the season. Infact, it got to a point where I said just sit him until you see otherwise. This is now that time. You can start Gronkowski. In the past three games for Tampa Bay he has totalled 14 receptions for 181 yards, as well as scoring a TD in each game. Great stats for a TE position that is hurting this season.

C’mon don’t let me down. I thought Engram would be a great play earlier in the season against Washington, and he failed to do too much. I’m going to give him another shot. Why? I need him to have a good game for some of my leagues, and if I say it it might happen. But seriously, Washington has given up an average of just over 10 points to the position this season.

For the record, I would be happy to start Albert Okwuegbunam if I was in a pinch for an option at the position this season. Denver face up against Atlanta, who are the worst team at defending the position in the league. Fant is second in targets for Denver, and leads in receptions. A must-start this week.

Koo has been fantastic this season. The Falcons offense has relied on him to score points, with him having attempted 20 FGs this season. Given the struggles of the offense to convert opportunities, this could be another great opportunity for Koo.

In the same game, McManus should have a good opportunity to score. Two weeks ago, McManus had a great six FG attempts, but has been restricted to one FG in each of his next two games. Against Atlanta, the offense is likely to be able to move the ball, but stall out a few times. That could lead to a jump in FG attempts for Denver.

Washington are going to be a popular start this week, with a matchup against the Giants this week. The Giants offense is still giving up sacks, and has found a way to turn the ball over. Combined with the ineffectiveness of the Giants to score, this is a great pickup.

I hope you picked them up, because Houston are one of my favorite starts this week. The Jacksonville offense has been inconsistent this season, and have now just lost Gardner Minshew. That should allow this struggling unit to get after the QB often.

The Steelers are rolling, and are set to face one of the worst offenses in the league. However, that’s exactly why I’m putting Roethlisberger as a sit. Simply, he doesn’t really need to air the ball out in this game, as they should be able to manage the flow of the game from the start.

Tannehill faces up against a Chicago defense that has been effective against QBs this season, giving up an average of 14.9 points. The Titans offense has been efficient this seeason, taking what a defense will give them. That (I believe) will lead to the team finding success on the ground rather than through the air.

Bridgewater should struggle against the Kansas City Chiefs this week. The Panthers are missing some offensive lineman, which allowed the Atlanta Falcons to get pressure on Bridgewater. The Chiefs defense has an effective secondary, and finds a way to keep QBs uncomfortable. Pick up a different streaming option this week.

I thought Taylor was going to have a fantastic rookie season behind the Colts line. However, it seems that the team have other plans. Taylor gets towards the line, and is then subbed out of the formation. Against Baltimore, I’m not sure how much production there would be for the Colts offense as a whole- but especially lacking for RBs.

Singletary is suffering from a lack of opportunity. The Bills have given him the majority of carries out of the backfield this season, but not given him the opportunities to convert them into scores. Infact, Zack Moss’s two TDs in the previous game are more than Singletary’s season mark.

Harris is a worry for me, as the Jets defense seemed like they were able to find a way to stop the Chiefs running backs being successful. It might have also been that Patrick Mahomes was finding success through the air, but Harris seems to be a one-dimensional back for the Patriots. I’d rather go with James White or Rex Burkhead in this matchup.

Unless I’m mistaken, Washington are the best team against the WR position and have been matched up against better talent that Daniel Jones. Avoid either of these guys if you can- there are going to be better spot starts this week.

Pittsburgh has struggled a little at stopping receivers from getting production this season. However, against Dallas, they could have a game where they stop that trend. That’s not anything against the talent of the receivers, but more than the QB position for Dallas is devoid of talent at the moment. Pittsburgh are going to have a field day with pressure upfront.

At the start of the season, Anderson was a huge hit. However, it seems as though the team is now looking at mixing in the other weapons in their offense. Anderson faces a defense that has been able to limit production to the position, so I’d try and limit my exposure to him this week.

Smith has had a great start to the season, but he is starting to struggle to keep up that momentum. Infact, in the last three weeks, he has only caught four passes for 51 yards. Chicago have allowed five TDs to the position this season. Given the landscape of the position, you might still need to start him. I’d just temper my expectations on him.

Tua Tagovailoa led the team to victory last week, but really there wasn’t much he needed to do. That unknown makes me nervous for Gesicki in a matchup against the Cardinals. Arizona has given up an average of just 6.5 points to the position this season.

Gonzalez has been restricted mainly to extra-point attempts this season. Infact, through seven games he has only attempted 13 FGs. Against Miami, I would expect the offense to be much of the same.

Being totally honest, this is a sit I’m nervous about. The reason being that he still has the range and accuracy to perform. I’m expecting Dallas to stall out a lot this weekend, it’s whether those drives end in FG attempts rather than punts. I’m just not happy to take that risk.

Last week, Denver faced Justin Herbert and I recommended sitting them. This week, it is the whole of the Falcons offense that I’m worried about. The Falcons offense is much-improved and should find a way to be successful in this matchup.

The Saints defense last season were a decent group, taking pressure off their offense to score to win games. This season, that has been turned on it’s head and the team are giving up an average of 28 points in each game. This matchup against Tampa is another one that should mean more points conceded.

So that’s it for our 2020 Week 8 edition of Start ‘Em Sit ‘Em. Remember, you can always reach out to us for help in setting your lineup. Check out our <a href="https://www.kingfantasysports.com/2020/09/08/weekly-rankings/"