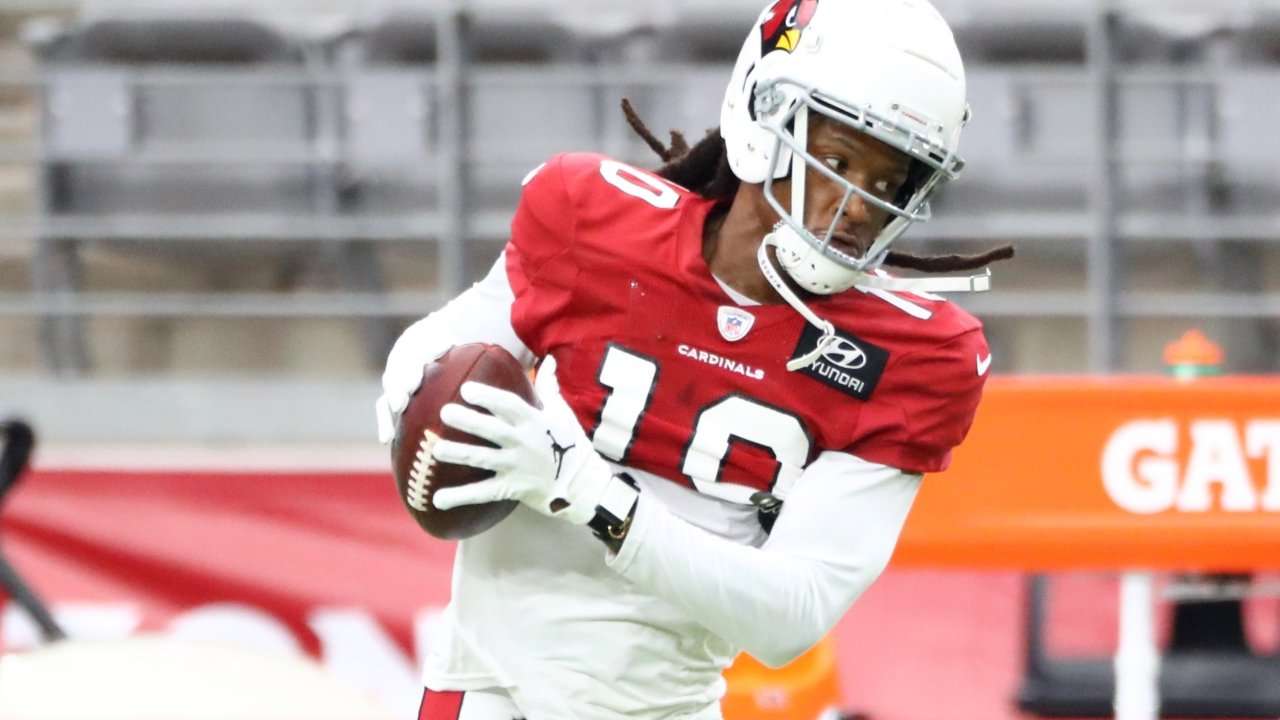 Alright ladies and gentlemen, as the title suggests, the testing ten (previously the dirty dozen, but more on that later) week 4 need to be part of your breakfast and lineups routine. One offers nutriment for a productive day and the other offers you the opportunity to gloat to your friends throughout the week.

Now, before you hit submit let’s take a look at players that don’t deserve to start. After speaking with upper management, I am switching it up a little bit this week and utilizing ESPN and their unique feature of start percentage to decide whether a player should be in your lineup.

I will be selecting 10 players who are starting in 75% or more of ESPN leagues. So, you are saying, 10 players, what’s the big deal? Well, I have identified that despite them being started at such a rate, you should NOT be.

I am blessed enough to be acquaintances with someone whose neighbor in Phoenix is the color commentator for the Arizona Cardinals. He let on earlier in the week that Hopkins wasn’t performing well in practice and appeared injured. Despite his tweet of alleged eagerness to perform this week, I am cautious. While he is often a rare sight to be seen on the sideline in a warmup kit, he has often trotted out as a decoy. That is what I am expecting of him this week. Bench him if you can or at most put him in your flex. He should not be trusted, making him prime Week 4 Dirty Dozen material.

This man has been playing lights out so far this season. However, he has yet to face a defense that has performed like Buffalo has. Want proof? Click here. While I do expect him to still pound the rock due to the lack of wide receiver depth for Las Vegas, just don’t expect the level of success he has delivered before. He will probably finish as a top 20 running back, just not as the top 12 performer he has done before.

All I have to say is this. He is facing the San Francisco defense. Need I say more? Click that link up above and you will see why he is on this list. San Francisco is dominate against the run. Man, I feel like I am repeating myself, and I know I am but here it goes. Philadelphia, just like Las Vegas, is experiencing injuries abound on the offensive side of the ball. If they score 17 points against this defense, I will be shocked.

Back to the well again with a Philadelphia offensive player. Zach is making his debut here for simply the fact that Carson Wentz is atrocious right now. I will be shocked if Jalen Hurts doesn’t start to get some reps in as quarterback for the Eagles. Couple that with the fact that San Francisco has given up only 40 yards to tight ends this season cements his place on this list. You can definitely find a better option at the tight end position for Week 4 and you should look into it. I recommend looking at Dalton Schultz of Dallas or perusing this list to help you find a better option this week.

Joe has been lackluster at best so far in fantasy this year. He has not been worthy of that first or second round draft pick you used on him at all. The only saving grace he has is the fact that his backup has performed just as poorly. In addition, he showed up on the injury report on a Saturday, which is very concerning. Do not play him. Unless you like to gamble.

Consider Allen’s addition to this list similar to last week with Kenny Golladay. However, unlike Kenny though, his addition isn’t injury related, it’s due to the fact that a new quarterback is at the helm for Chicago. I am concerned as to what the game plan will be with Nick Foles. Add in the fact that Nick looked to Jimmy Graham more in the red zone than some of his wide receivers makes me uneasy. Start him if you must, but temper your expectations.

Keenan is facing arguably the toughest defensive matchup his young signal caller will have seen so far this year. Yes, Justin came out and performed well versus Kansas City. However, Kansas City had prepared for Tyrod Taylor and Justin is nothing like him. Add in the fact that this is an early game, I foresee a little bit of a hangover for the west coast Chargers before they realize the game has begun. Keenan will probably still see plenty of targets but his production will be tempered. Wide Receiver three production wouldn’t surprise me here, but anything more, would.

Another wide receiver who has seen modest production early on in the year makes this list once again. This is due to the matchup. Arizona has performed well against the pass and lackluster against the run. I would expect a lot of Mike Davis up the middle for three yards and a cloud of dust. And so should you. He might find the endzone but I highly doubt it. If you want to play a Carolina wide receiver, look to Robby Anderson for fantasy production.

If you made it this far, then you already know about my trepidation in starting Nuk. Add in the fact Christian Kirk is still nursing a groin injury makes me very weary of the Arizona gun slinger. He is still on a breakneck pace, similar to the of Patrick Mahomes in his second year, I just don’t see him being able to make enough plays with his arm to be successful. Trot him out as your quarterback if you must, but I would look at this list before doing so.

Last but not least, we have the Texas A&M product gracing us with his presence. This has nothing to do with his talent level, nor his quarterbacks capability. It’s purely done from the standpoint that Los Angeles has become a beast on the defensive side of the ball. They were able to limit the Kansas City Mahomes to a paltry 23 points. One of the leagues most dynamic and creative offenses only put up 23 points against this team. Let that be a lesson to us all and bend the knee to their greatness. Similar to that of Keenan Allen, he should be seen as a wide receiver three this week and nothing more. If you do happen to get more, you are a lucky individual and should buy some lottery tickets.

Well, that about wraps it up for my week 4 players I have grave concern with. Now granted, COVID is wreaking havoc across the United States and the NFL is experiencing it in full force with multiple games now in doubt. With that in mind, keep an eye out here at the King’s table for all the late-breaking news or follow me on Twitter @Heady_Football as I try to give the best advice possible in these trying times. Thankfully, as Churchill once famously said, “This too, shall pass.” And so should you on the above players.