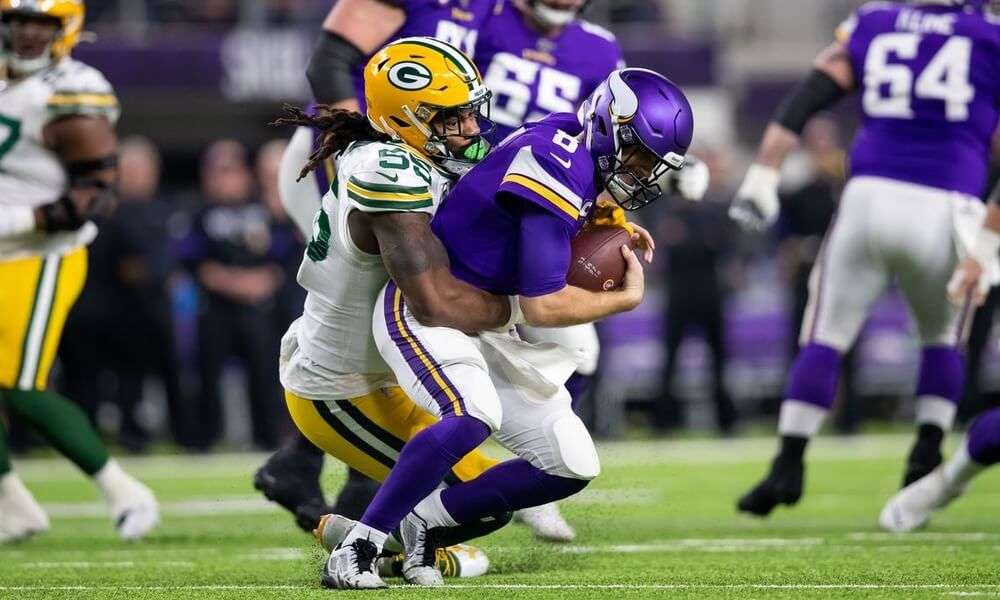 The ABCs of IDP Part 1

To understand the ABCs of IDP, we are going to split it into several parts- this is Part 1. It might seem like a lot to add more players into the fantasy pool, but once you start you’ll want to convert your leagues to it.

Would you put your rowboat in the Thames River with only one oar?!? Attempt to take a stroll on your bicycle with only one functioning tire?!?!?! Would you have your Sunday roast without gravy or Yorkshire pudding?!?! Fish without chips?!?! Would you have your corn chips without your salsa?!?!? If you are playing without Individual Defensive Players (IDPs) then you are missing half the flavor of fantasy football, and that dear friends is unacceptable!!!

Literally half of all players on the field go unaccounted for if you are not utilizing IDPs! And yeah I know, you pick a team defense. But what about those Tackles, Tackles for Loss (TFL), Sacks, QB Hits, Passes Defended, Forced Fumbles, Fumble Recovery, Interceptions, and Pick 6 Touchdowns… for a player?

You don’t want a chance to draft Devin White, TJ Watt, Za’Darius Smith, or 3x Defensive Player of the year Aaron Donald?!?!?!?! The new NFL rules have (unintentionally) made pass rushers, do-it-all safeties, and shut down cornerbacks highly paid, cornerstone pieces to championship teams. Why not have the same cornerstones for your fantasy team? Playing with #IDPs will not only improve your fantasy experience but also progress your knowledge of the game.

Make it more exciting and improve your league by including the most exciting players on the field! I am IDP Iggy, your King of IDPs. I have played IDP fantasy football for over a decade, and although I still play in non-IDP leagues (because some people have not caught up), the leagues which include IDP are far more entertaining.

First, let’s lay down some general IDP knowledge and formatting. The most standard format for IDPs is:

This means if you are in a 12-team league there are only 36 starters out of a possible 352 per week. If you are in this format, I highly recommend rotating players based on weekly match-ups, but…

One of the most thrilling experiences for IDP is to roster at least 6 IDPs… and play with 16 teams! Let’s review an example of points using the 16 team league, 6 IDP rosters as an example for points.

As the expression goes, there is more than one way to pet a cat. IDP Fantasy Football is not an exception; however there are a couple of scoring systems that work better than others. To understand IDP fantasy football, and to a larger extent football, you need to become familiar with the statistics for defensive players. The 12 standard stats are:

Naturally some statistics occur at a more frequent rate than others. To take it to an extreme, DB Troy Hill LAR led all IDPs with 3 TDs; however the leading solo tackler, LB Zach Cunningham HOU, had 106. You can see how these statistics should be rewarded with different points, but what about the stats you are not as familiar with? Here are the 2020 NFL season top 3 numbers for each of the 12 stats listed by volume of occurrence, and beginning with the highest;

My League of Record Scoring

The rules and the scoring format of your league will dictate who you should prioritize for IDP, or any fantasy league for that matter. My league of record is a big play incentive league meaning sacks, TFL, and turnovers give large points to IDPs. Some leagues have a higher incentive for tackles. Our league has a 10 tackle bonus. It ultimately attempts to give IDPs points for all meaningful recorded stats, and bonuses for excellent statistical games, which is highly recommend to level out IDP value versus offensive players.

For years upon years this was our standard IDP scoring:

This is a great standard, particularly if you have coaches/GMs in your league that are casual football fans or may not be as familiar with IDPs. It still slightly tilts the scoring for offensive players. However, our scoring has recently been tweaked due to more offensive production, and the rising popularity of Points Per Reception (PPR). It also moved the scoring more in line with the volume and occurrence of defensive stats. Here are 2 preferred scoring methods for non-PPR/half-point PPR on the left column and PPR on the right

The Truth is there is not a wrong way to set up points for your league. The chart above is a highly recommended point system to keep IDPs as valuable, if not more valuable, than offense players. Making LB D. White TB just as much as a consideration for a draft pick at 2.02 as any QB, RB, WR, or elite TE. It will also help standardize the IDP movement. Something which will be beneficial once IDP becomes the new normal.

The ABCs of IDP Part 1- Summary

IDPs are the flavor of fantasy football, the sweet, sour, and spicy!! Once you play with IDPs your leagues that do not will likely seem bland, stale, and one dimensional. It is one of the few areas fantasy football can ‘go’ to: PPR, Superflex, and now IDP. The great thing about IDP catching on is it’s not just a stat, or adding a roster spot that allows leagues to utilize a high scoring position. It’s that it opens up 11 more players on every snap of every game across the season! It is the potential for points on both sides of the ball on every snap, making every PLAY count towards POINTS for your league.

To remind everyone, there is no wrong way to set up an IDP point system. I have played in several and although I recommend the example mentioned above, I would rather you play with the platform scoring than not at all. Keep in mind different platforms record stats differently, and IDP stats can vary from platform to platform. For example some platforms an assisted tackle = 1 tackle as opposed to .5 tackle as a statistic.

Coming in the next installment

There is more coming everyone! This is just the 1st of a 5 part series highlighting everything IDP. Shortly after we should be near the draft, and that’s when the 2021 season really begins. A time when IDP talent, scheme, and fit can be properly evaluated.

The next article will cover league formatting, roster designations by platforms, what I call double-downing, most call stacking, D/ST and IDPs (talk about a lot of fun and strategy!!!), leading up to a very exciting fantasy format I call #FantasyFootball7s. The point system mentioned in this article paired with the formatting of next week’s article will lay the foundation of a well though out, fun fantasy football experience.

That’s it for Part 1 of the ABCs of IDP! If you want to check out our other IDP content, you can find it here. You can find us on Twitter, Facebook, and Instagram. And, as always, if you want something more specific to your league- reach out!