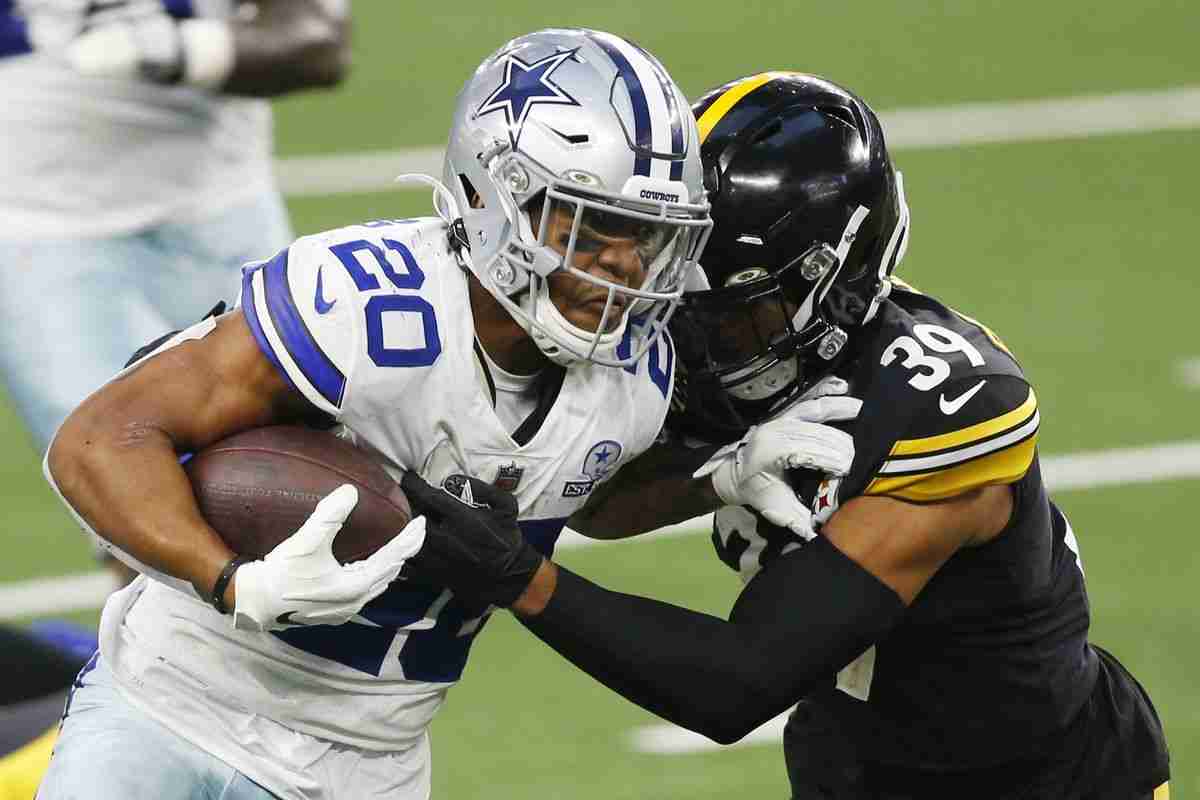 Welcome into the impact, where we round up the headlines & takeaways from the past week, giving you the information from Week 15 you need to know.

So it wasn’t a huge blow-up game for Tagovailoa and the Dolphins, but this was the end of an era of dominance in the AFC East. The 22-year-old showed poise and patience as he was able to find his banged-up receiver corp. Finishing with 20 of 26 passes good enough for an impressive 77% accuracy. It was his rushing ability at the goal line that made the difference in this matchup. Converting 2 short runs for TDs to eliminate the Patriots from playoff contention. This organization is in great shape for the future. They have found their QB in Tagovailoa, and he’s going to be a top fantasy QB in the years to come.

Mayfield is ballin’ out when it matters for the Browns, the fantasy QB3 through the past 4 weeks. He has a TD-INT ratio of 10:1 along with a rushing TD. He’s a league winner make no mistake about it. Mayfield also doesn’t have a red-zone turnover. In fact, in that area he is faultless with 20 TDs/0 INTS that’s clutch from a guy with a lot of question marks. That’s almost the exact opposite of what we got from Mayfield down the stretch last season. He was all too hesitant and threw interceptions in each of the last 6 games (9 in total). Mayfield is fighting for his career in Cleveland and he’s doing all the right things. For fantasy, he’s been winning people games. If you own him in the championship game well start etching your name on that trophy, they play the Jets.

Talking of players who will be in a lot of championship-winning sides, David Montgomery is crushing it right now. Through the last 4 games, he’s the No.1 PPR running back. Beating out Derrick ‘King’ Henry, an incredible feat considering he was the RB21 through the first 11 games. If you stuck by him and made it to the Championship games, you are rubbing your hands together at this week’s matchup.

Is he the real rookie WR1? I talked recently about the interesting topic of who is the rookie RB1? There’s plenty of arguments suggesting a number of running backs it could be. The No.1 rookie wide receiver argument had all been wrapped up by Justin Jefferson. But it’s suddenly become somewhat more interesting, please welcome in 49ers’ Brandon Aiyuk. In his last 7 games, he averages over 20 points a game. That’s a big enough sample size to tell you he’s been awesome, and a serious player for the present and future. In fact, since week 7 only Tyreek Hill (27.5) and Davante Adams (26.5) average more ppr points per game than Aiyuk.

Who was the No.1 RB on the week? David Montgomery? Dalvin Cook? Nope it was backup running back Tony Pollard. He looked great! He looked dynamic and lead the team not in just carries but in targets! It’s yet to be seen if Elliott will return in week 16. But clearly, if he is limited or he misses another game then Pollard is a must-start. It’s tough for Pollard to become the lead back in Dallas, with Elliott locked into such a monstrous contract. But with this snapshot of what he can do they would be silly not to utilize him more.

Jackson has found his swag that he seemed to left in 2019. He’s back to somewhat close to MVP level of play and he’s here just in time to win championships. Unfortunately, it may have come too late for those who drafted him early and suffered his up and down production. Through the last 3 weeks, he’s back to being the No.1 fantasy QB which is where we would expect him. The Giants are up next but seem to have run out of steam lately. This should be another win for Baltimore as they fight for a playoff spot. This should lead to another dominant fantasy day in the biggest game of the season!

Only Darren Waller & Travis Kelce have produced more points at the tight end position over the last 3 weeks than Logan Thomas. That’s elite company. The tight end position has been a disaster this season. If you don’t own Kelce or Waller you are streaming into streaming territory. The name at the top of the list lately had been Thomas. His 58 points in the last 3 weeks is nearly 3 times the production of their no.1 receiver Terry McLaurin. In fact, only 9 wide receivers in the NFL have produced more points than Thomas since week 12. He averages over 9 catches in the last 3 games compared to just 3 catches per game the first 12 weeks of the season. He’s solidified himself as a dynamic player at the position. As well as someone Washington can rely on.

To be more specific the receiving options for the Jaguars must be jumping for joy. The team have a chance of getting generational QB prospect Trevor Lawrence in the upcoming draft. DJ Chark looks in desperate need of a spark at the QB position to re-establish his scintillating form of 2019.

It’s seems a heck of a long time ago that we saw the monstrous outing of 50+ points against Arizona. Lockett was the ppr No.2 wide receiver only behind DeAndre Hopkins and his value was immensely high. He was catching TD bombs from Russell Wilson left, right and centre and the Seattle offense as a whole looked unstoppable and terrific or fantasy. Fast forward to the week 16 and it’s a very different story. Russell Wilson is struggling and Lockett & Metcalf are not producing just at the time you need them the most. Looking forward it’s going to turn into DK Metcalf’s offense, he’s among the hottest young wide receivers in the game, Lockett on the other hand is in the opposite stage of his career and fading towards a WR2/3.

It’s not really worked out for Clyde Edwards-Helaire. If you took him with the No.1 pick in the rookie drafts, you’re probably feeling a bit anxious about him and rightly so. In the second half of the season, we have seen major breakouts for plenty of rookie RBs. Meanwhile, Edwards-Helaire going somewhat backwards. Jonathan Taylor, D’Andre Swift, James Robinson, JK Dobbins, Antonio Gibson and Cam Akers have all seen heavy workloads lately. Edwards-Helaire is on the best offense in the NFL- there’s no doubt about that. But the extra usage of Le’Veon Bell is a sign that the rookie is not producing exactly what they want. The recent high ankle sprain won’t help that either, as it looks likely to end his regular season with a hope of some sort of return in the playoffs.

Russell Wilson seems to be cooking on empty lately. If you exclude the game against the Jets where everybody seems to feast, he’s averaged just 15 points from the previous 3 contests. That’s a far cry away from his 36.7 point average over the first 7 games. His longer term value is not affected but for the rest of this season he’s not an automatic starter and in fact his remaining schedule of Rams and 49ers is going to be tough.

Are Todd Gurley’s days numbered as a relevant fantasy player? Events this week seem to suggest this is the case and when you dig a little deeper it’s not hard to see why. Gurley has not averaged more than 3.3 yards per carry since Week 5. He’s found it really tough to get things going and this week interim head coach Raheem Morris has announced Ito Smith the starter over Gurley who has been far more productive. This demotion is a blow to any Gurley owners still holding any hopes of a return to some sort of form. His dynasty value is pretty rock bottom right now and it’s a sad ending for a once dominant running back, THE dynasty RB1 only a handful of years ago.

So, that’s it for the Week 15 edition of The Impact, giving you the headlines & takeaways you need. You can find us on Twitter, Facebook, or Instagram. And remember, if you need some help for your season-long leagues you can find our rankings here.