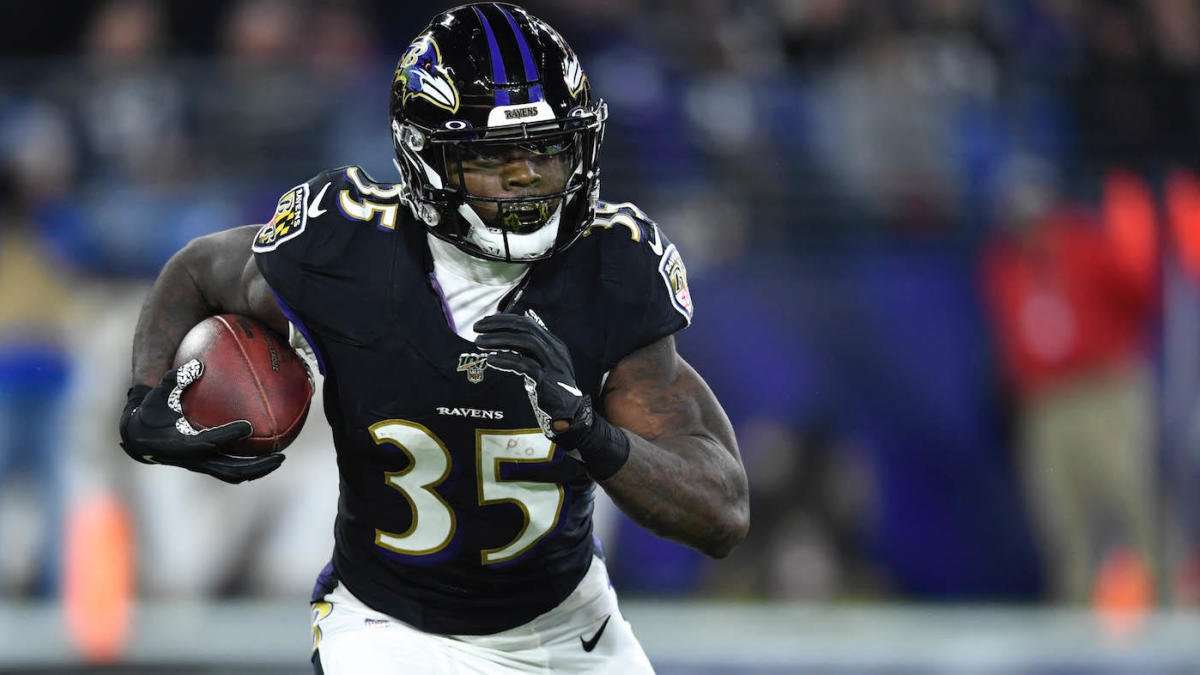 Under the radar 2021 Free Agents

Free agents have the largest swings in value, so I wanted to explore some under the radar options for 2021. New surroundings and investment in the player talent mean you can see a player massively improve their dynasty value.

Not exactly a household name Gus Edwards has carved out a nice role for himself in Baltimore. An undrafted free Agent Edwards has seen a solid workload as a change of pace back in Baltimore. In those limited carries, Edwards has had some success averaging over 5 yards per attempt each season.

A lot of these carriers have come in a beneficial situation. But he still saw a success rate of 63% in 2018 and 56% in 2019 which is certainly above average. In 2020 Edwards is 3rd in the league in success rate at 58% and is 8th in DVOA with 16.9%. The question that comes is whether he can turn this success in a limited role into larger success. Or whether he will even be able to have the opportunity to do so.

As a free agent, it is tough to project a landing spot for Edwards. He is a restricted free agent, which means in all likelihood he will be back in Baltimore. But as we saw with Matt Breida the last offseason anything is possible.

If he is back with Baltimore he has a chance to see an increased workload. The Ravens can save $5m by moving on from Mark Ingram, and whilst he is an important locker room leader $5m is a lot of money in a cap tight offseason. So if Mark Ingram is out the door it could allow Edwards to see an uptick in volume as the compliment to JK Dobbins.

Through his 3 seasons with the Ravens Edwards averages around 8-9 rushes per game. If he can see a slight uptick to the 12 touch range he could have some value as a bye week flex option.

The issue with Edwards is his passing game usage. It is essentially non-existent having only 15 receptions through his three years. This truly caps his ceiling as a secondary RB. I think Edwards could be a nice little buy option as the season ends. He is likely a handcuff with upside in one of the best rushing offences in the league. His current price is around a 3rd round pick, and I’m comfortable paying that for a guy. Especially one who is one injury away from being a reliable starter.

Jeff Wilson was my biggest stash candidate in the offseason. I rostered him in over 70% of my leagues as he was available on almost all waiver wires. Offering incredible upside as an excellent goal-line back that can also contribute in the passing game.

This season every time Wilson has had an opportunity he has produced. In games where he has seen double-digit touches, he is averaging 15.5 fantasy points. Wilson has seen 12 rushing attempts within the 10-yard line (6 of which have been at the goal line) and has scored 5 TDs. He has proved that he is incredibly effective at converting from close. Wilson has also contributed in the passing game with an additional 9 receptions which he has taken for 100 yards.

A huge amount of Wilson’s production can be attributed to having the best running game co-ordinator in the league. However, Wilson, like Edwards, is a restricted free agent, so he has a significant chance of being back with the 49ers again next year.

Tevin Coleman and Jerrick McKinnon are both also free agents. So you could easily see the 49ers deciding to roll into 2021 with Mostert, Wilson and JaMycal Hasty. Meaning a significant uptick in volume for Wilson.

Wilson offers excellent upside due to his passing game work and TD potential, whilst also being again a solid handcuff in an excellent running game. His current price is a 4th round pick, and in the vast majority of leagues that is a player you’re cutting before week 1. So why not spend it on someone like Wilson who offers excellent upside.

I could be clouded by the two-week stretch in which Allie-Cox was a reliable starter when he posted 5-111-0 and 3-50-1. That stretch coincided with both Jack Doyle and Trey Burton being injured. I could also be clouded by my obsession with finding the next college basketball player turned TE after hitting huge on Jimmy Graham ten years ago. However, I still believe Alie-Cox can be fantasy relevant given the right situation.

If you dig into the stats it gets you even more excited. Yards per route run is one of the best identifiers of breakout TEs it shows potential in a small sample size. Alie-Cox is currently the TE4 in yards per route run averaging 2.25. If he finds himself in a situation with an uptick in the volume he could be a fantastic buy-low candidate.

Like Wilson and Edwards, Alie-Cox is a restricted free agent. However, the colts already have Jack Doyle under contract for next year. He could well be back with the Colts, but I am very hopeful that he can find a new home in free agency. In the vast majority of leagues, you can probably acquire Alie-Cox for a 4th or 5th round pick and you might even be able to pick him up off a few waiver wires.

So that’s it for the Under the radar 2021 Free Agents. Remember, you can find all of our dynasty articles here. You can also find us on Twitter, Facebook, or Instagram.