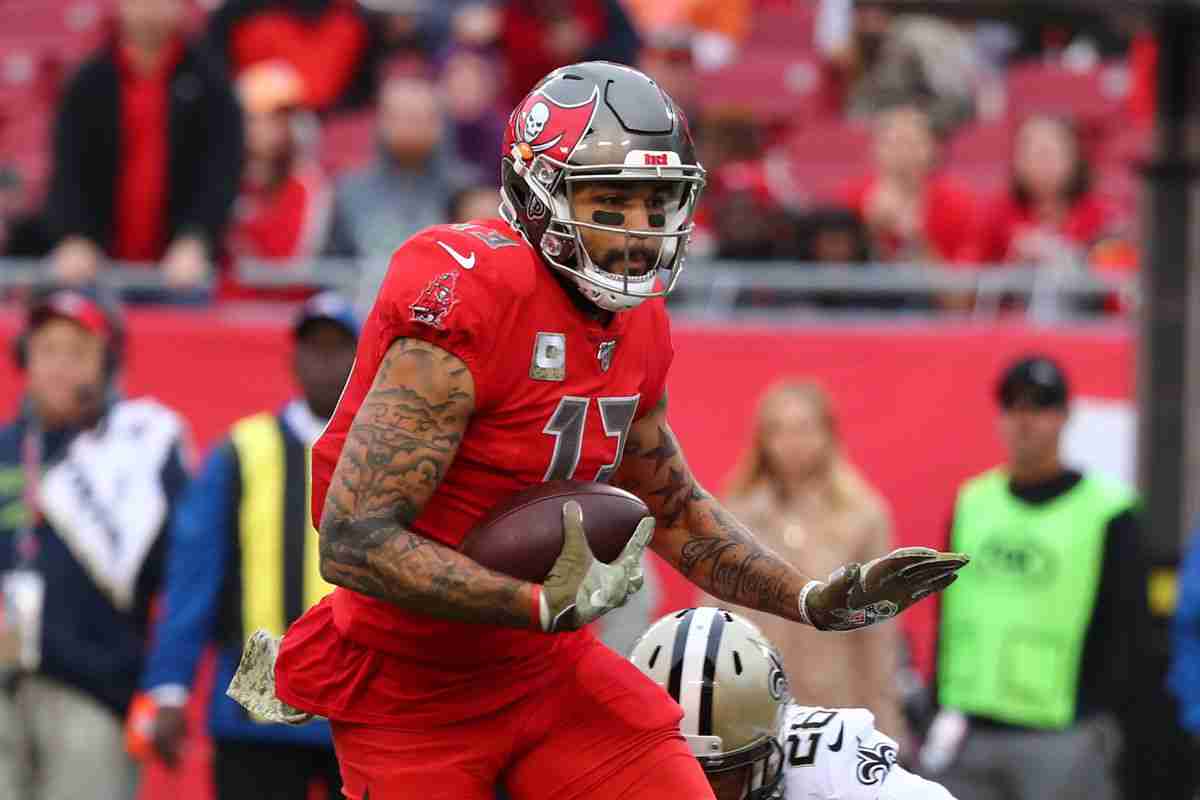 Playing value is a big part of dynasty leagues. Here we take a look at some underrated dynasty assets that should be worth more than they are! As an avid dynasty player, you are constantly evaluating and looking at your roster year-round. Often, narratives can harm how we view our roster, and we sometimes overthink and under-appreciate the players we have on our teams. In this article, I am going to look at some fantasy assets that many overlook or underrate in the community. If you can acquire one of these players before the season starts then do so, and please do some more digging before letting one of these players go.

Is there anything else this man needs to do? The short answer is NO. Mike Evans is one of the greatest statistical receivers of all time. The last time I checked, that is important in fantasy scoring. Many wanted to debate which receiver was the better option last season Godwin or Evans. Evans won that battle. My love for Evans never wavered, and he finished as a WR1 in both PPR and standard leagues. Evans has put up 1000+ yards receiving in every season that he has played. He has never had less than 67 receptions in any season, and he has had double-digit touchdowns in three of his eight seasons as a pro.

You can find owners that are not overly thrilled due to injuries that Evans has had over the years, but he has only missed 6 games in his 7-year career. If you can find the owner that is listening to the haters on this one, pull the trigger on a trade. I would give up a mid-to-late-1st round pick or another established receiver that has better publicity like Amari Cooper or Robert Woods. Mike Evans is truly an underrated dynasty asset.

Much maligned by the fantasy community, Joe Mixon makes my underrated list. You literally cannot say anything nice about Joe Mixon anywhere without someone throwing dirt in your eye. That said, Mixon’s actual football talent and skills make him one of the best in the league. Don’t just take my word on it, many talent evaluators and league personnel who have watched his film are enamored at the way he runs, cuts, and moves with the ball in his hands.

Unfortunately for Joe Mixon that has not always come with great success for fantasy purposes. Mixon was slow-played his rookie year and then had back-to-back 1400-scrimmage-yard seasons. This was apparently not enough for fantasy owners, since the majority of his 2019 production came in Weeks 9-16. Most fantasy owners had already given up on Mixon at that point in the season and were forever scarred. Last year he did himself no favors either after only playing in six games. However, in those six games, he averaged 71.3 yards per game which would put him 7th in the league.

Joe Mixon is a top ten back and with the health of Joe Burrow and a revamped offensive line, the ceiling is high. Offensive coordinator Brian Callahan said during the offseason he “doesn’t want Joe Mixon to leave the field” on third downs. Mixon has always been an underrated receiver. His route running and hands are on point. Mixon is primed for another RB1 finish. Do not give up on talent is my motto, and I am sticking to it. Do not trade Joe Mixon. Sit back and enjoy the ride.

The hate has gone too far on Matt Ryan, and most of it is just a Falcon thing. Matt Ryan once again finished as a Top 12 QB last season, averaging 17.5 points per game in fantasy. Matt Ryan has a ton of upside on your dynasty team, and his value has increased even more now that the Falcons have drafted Kyle Pitts and are all in on Ryan.

Now is the time to buy Matt Ryan if you don’t have him. If you have him be happy as he is ready to strike, and we could see numbers similar to his MVP season. Atlanta’s defense is a work in progress, to say the least, which could end up with some shootouts. The addition of Mike Davis, who caught 59 balls last year, also helps Ryan’s ceiling. Matt Ryan has missed three games in 13 seasons and since 2011 has thrown for over 4000+ yds every season. Ryan is an asset for the next two seasons at least. He could be the answer to doing just enough to put you over the edge especially in Superflex leagues.

What do you think of these underrated dynasty assets? Anyone we missed? Reach out on social media, you can find us on Twitter, Facebook, and Instagram. Or jump into our Discord server.