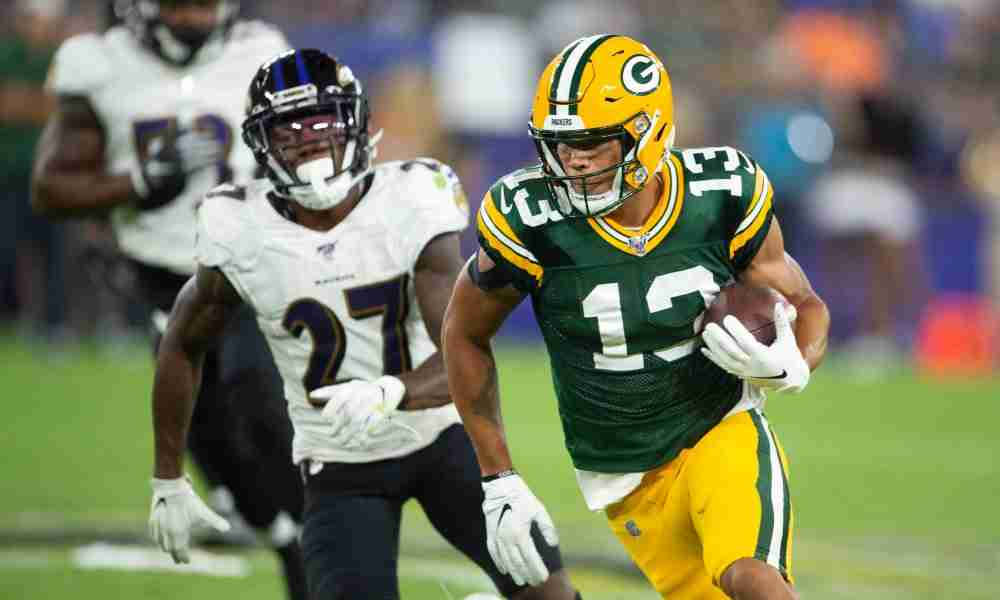 We are here with our Week 10 waiver wire adds. We are now well on the way to the fantasy playoffs. I hope your team is in the hunt!

Each week I am going to look at players to use that have lower ownership percentages (lower than 50%). I’m going to be using the rostered percentages from Yahoo leagues, as it’s easily publically available. These are players that I’m looking to pick up from the waiver wire for Week 10.

As we now enter in the world of bye weeks, be aware you need to fill players that are going to miss action this week. That means waiver wire adds might be more short-term than usual, teams on bye for Week 10 are:

Tagovailoa has now played two games in the league, but was required to do far more this week. He again was composed and efficient on offense, finishing with 248 yards and 2 TDs through the air. The Dolphins rookie is likely going to be a popular plug-in for Patrick Mahomes or Matt Ryan owners this week.

Foles has been improving on offense, but still isn’t an automatic selection. However, a matchup against Minnesota could give him the opportunity to help owners through this week. I would monitor the status of David Montgomery before I slotted him- if he misses then the team will likely attempt to air the ball out more.

Edwards managed to perform well against a tough Colts defense, after getting a TD. If Mark Ingram continues to miss time, then Edwards will start to enter owners thoughts- jump in now before it’s too late.

After the struggles that the offense had, it’s likely that Coleman will slot right back into being a starter once he is back from injury. There is a chance that he returns this week against New Orleans, but I am more confident on other adds this week.

It’s now time for the other D Johnson in Houston to step up. David Johnson left their Week 9 matchup with a concussion, so has a chance of not suiting up. If that is the case, Johnson should be given the touches against Cleveland.

Not often I get to write about a player that is really barely owned, but this is 2020. Ballage steps up as the next RB up, after Justin Jackson was forced to leave the field with a knee injury. We have seen that Joshua Kelley isn’t able to perform when given a heavy workload. I wouldn’t burn too much unless there is some negative news about Jackson, as he won’t have a role once this backfield’s health improves.

Lazard should be activated this week, based on some reports I have seen. He is likely going to pickup where he left off with a great matchup against Jacksonville this week. This will be your last opportunity to pick him up before he returns to action. Don’t miss out!

Reagor is a waiver pickup who is likely going to under the radar- you might even be able to pick him up once waivers clear. The rookie is now through his bye week, catching a TD the week before. Against the New York Giants he has another opportunity to score, as part of a depleted receiving group.

Mooney feels to me as though he isn’t getting the respect that he deserves. Yes, he isn’t the lead receiver on a run-heavy offense, but he is still getting plenty of looks. Against the Vikings defense, he could be a decent plug-in for owners that are without Julio Jones, Tyreek Hill or Calvin Ridley, as well as the Cowboys receivers.

I’ll keep this short. Hollins is now one of the only receiving weapons in Miami, with Preston Williams suffering a foot injury. This is by no means a must add. Just, if you are truly desperate, consider picking him up.

Hooper should be back in Week 10, after missing action with appendicitis and a bye week. A matchup against Houston should give him the opportunity to return to being a low-end TE1. However, at the time of writing Baker Mayfield has been added to the COVID reserve list, so it is worth monitoring any developments with that.

I’m combining these two, as really it is a matter of which camp you are in. One of these two is going to be given the opportunity to fill in for George Kittle. Reed has the chance of scoring TDs, with how he has been used in the red zone during his career. Whereas, Dwelley is more of a receiving type of player. Personally, I’d rather go with the redzone ability of Jordan Reed, but I’ll leave it up to you.

Smith has been getting more and more involved in the offense in Minnesota, this week scoring his first 2 TDs of the season. The tight end has been running more routes recently, and could be worth a streaming option this week against Chicago.

The Eagles are just under the threshold to be included this week, so I’m going to use them. They face the New York Giants who are able to be put under pressure on offense, giving up sacks and turnovers as a result. Don’t overthink it.

The Packers DST is again being mentioned here. They performed decently against San Fransisco last time out, and now face a Jaguars offense that looked lost at times against Houston’s pressure.

The Raiders offense has been effective to a point. That has allowed Carlson to have at least two FG attempts in each of his games this season. He has only missed two of them, and has a decent matchup against Denver this week.

I said you should pick up Crosby last week, so I hope you did. This week the Packers face Jacksonville, which should allow Crosby with plenty of scoring opportunity.

So those are our waiver wire adds for Week 10. I’d certainly expect a number of them to end up in my start/ sit article later this week, and in my weekly rankings, which will be as soon as I take in the action tonight.