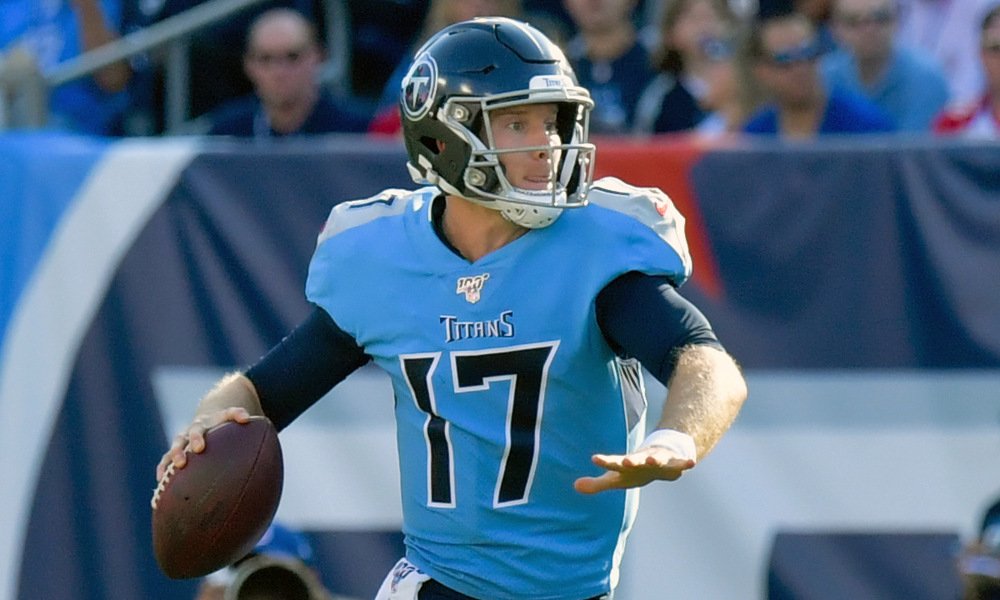 The wheel never stops here, we might not have Week 2 quite in the books, but we can now start looking at waiver wire options for Week 3. Hopefully, you got the starts you needed to your leagues, and don’t need a Monday Night miracle.

Each week I am going to look at players to use that have lower ownership percentages (lower than 50%). I’m going to be using the rostered percentages from Yahoo leagues, as it’s easily publically available. These are players that I’m looking to pick up from the waiver wire for Week 3.

Tannehill ended last season on fire, and he seems to have picked up where he left off. In his first two games, Tannehill has thrown for just under 500 and 6 TDs. With a matchup against the Minnesota Vikings next, Tannehill could be a steal on waivers this week.

Minshew is still under-owned in my opinion. I didn’t think that he would be able to have the game he did against the Titans, but his 339 yards and 3 TDs were fantastic. Yes, he may have turned the ball over twice, but Minshew is doing really well under center. Minshew now has a great schedule for the next few weeks (certainly easier than his opening two weeks). Hopefully, you picked him up- otherwise do so this week!

You might think that Dion Lewis should be included here. However, I don’t see him getting a significant workload. I believe that Lewis will get more touches, but the team will look to sign a free agent that can shoulder the workload. That being said, let’s get into it!

McKinnon has looked good on the field in recent weeks, despite not getting a huge number of touches. However, with news that Raheem Mostert could be finished for season, McKinnon is likely to get more touches in the offense.

Let’s be honest, Gore at this stage of his career isn’t going to be ripping up the field. However, he is still the lead back for the New York Jets (although it’s not a hugely valuable role). In a week where players went down all over the place, Gore is worth picking up as a plug in option for a few weeks at least.

Ok, if there was ever a week that Freeman was going to be signed- it’s this one. It seems as though there are multiple starting players that are finished for the season, due to injury. I wouldn’t burn a lot to get him, but if you can pick him up he could become really valuable (depending on the gamble of landing spot).

Valdes-Scantling looks like a completely different player this season. He started the season with 96 yards and a touchdown, and followed that up this week with another 64 yards. Davante Adams missed some time in the game with injury, so depending on the severity, Valdes-Scantling could end up being the lead receiver for Aaron Rodgers- something that is extremely valuable.

Gage had a good week last week, and was added in several leagues as a result. Then, the Atlanta Falcons matched up against the Dallas Cowboys and he had another good game. With the number of targets he is getting, he is a great PPR player on an offense that has to pass the ball.

With A.J. Brown out of the lineup, there were question marks over who would step up as the lead receiver. Well, it seems like Jonnu Smith has stepped up in the redzone and Humphries as the guy close to the QB. Yes, this was a week where Corey Davis was tending to a hamstring injury, but Humphries led the team in targets and is virtually free.

Thomas exploded in the opening week of the season, and that showed in his jump in being rostered. However, I believe there is still more to come from Thomas. The team clearly likes him as a big-bodied receiver, which should lead to TDs in the redzone, as well as targets elsewhere on the field.

I hope you picked up Shultz last week when I wrote about him. If you didn’t, now you will have to pay. Schultz broke out leading the team in targets and receptions on his way to a nine reception, 88 yard and touchdown game. This role is going to be valuable this season, grab Schultz until it’s too late.

The Colts bounced back from their shock loss to the Jaguars this week with a great game against the Minnesota Vikings. Forcing the normally safe Kirk Cousins to multiple interceptions is a great sign for their defense. With a matchup against Sam Darnold and the New York Jets, the Colts are worth a streaming pickup.

The Chargers were effective enough in week one, and followed that up with a decent showing against one of the most potent offenses this week. With a matchup against Carolina this week

Gostkowski has been a bit shaky in his opening two games for his new team. However, he has stepped up and converted when it matters- with two winning kicks. If the Titans offense continues to motor then Gostkowski could start to have multiple week value to fantasy owners.

Blankenship was a player I mentioned in last week’s edition, and he made that pick look great after converting his two PATs and four FG attempts. The Colts are an effective offense, so it’s surprising to see he is on so few rosters.

So those are our waiver wire adds for Week 3. I’d certainly expect a number of them to end up in my start/ sit article later this week, and in my weekly rankings, which will be as soon as I take in the action tonight.