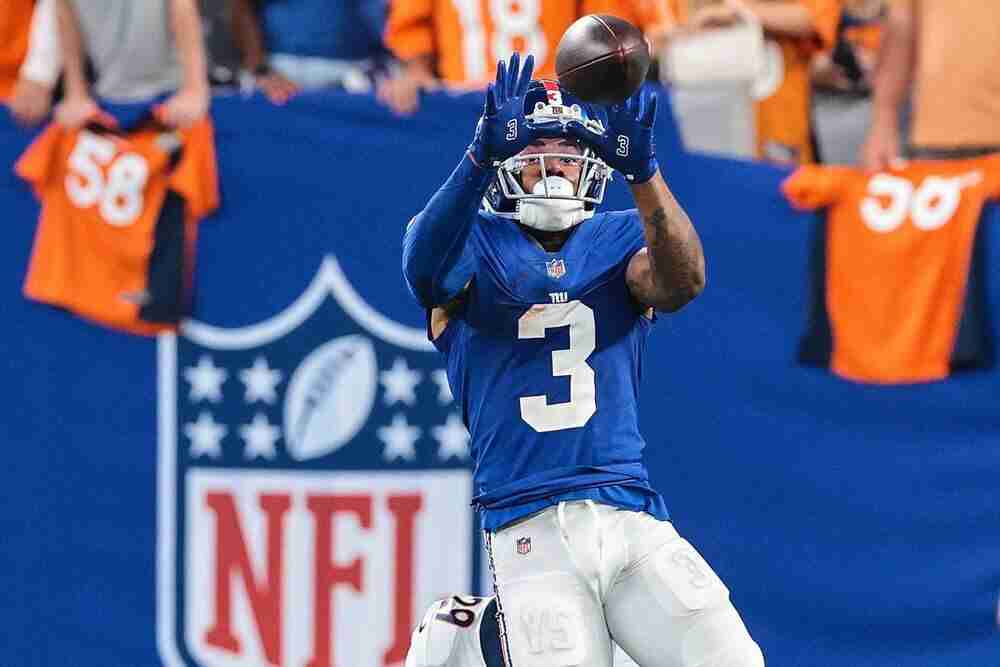 Your waivers have cleared for Week 2, but there are still plenty of leagues (and managers) that need more- dive into the deep options!

Ahead of the season we were all thinking that it’s only a matter of time until Desmond Ridder takes the reigns but Mariota put up a good footballing display and provided solid fantasy output, notching up 19 fantasy points. Whilst he didn’t throw any TD’s he threw for 215 yards and no interceptions, he still ran one in to the end zone and added 72 rushing yards. A great option to have in Superflex leagues.

It may not have been a golden start to Trubisky’s season, but a win is a win. With the signs that Trubisky is the starter at the moment, picking him up if you need some cover for Prescott seems like a good idea.

Brissett didn’t make headlines in the victory over the Panthers, but he did enough to get the game on track. There is one thing for certain, he is going to be the starter for the next few weeks. He is coming up against the Jets this week before a T.J. Watt-less Steelers defense and the Atlanta Falcons- not a bad run of games.

Honestly, I don’t know how I can included Drake here. He led the Ravens in carries last week, and JK Dobbins against looks set to miss some more time. Considering that he was only just signed by the team, his role is only likely to grow in the offense.

Warren was the knee-jerk pickup this week after Najee Harris left the field with a flare up of his foot injury. Harris says he is good to go, but Warren is worth an add in deep leagues. Should Harris miss more time, he is going to be a big add in your leagues.

The 49ers put Elijah Mitchell on IR, so he is set to miss four weeks at least. So how does this backfield end up? Well, early indications are that Jeff Wilson is going to be the starter, but there is always opportunity with a big change like this. If you have a deep bench, then Mack or TDP could end up being a good part of a committee and perform for fantasy. Of the two, I’d opt for TDP.

Shepard might be injury-prone, but he has great talent. The Giants offense didn’t take the full step that many expected at the start of the season, but there are still opportunities. In a wide receiver room with Kenny Golladay and Kadarius Toney, Shepard’s deep threat make him a deep play if required.

Jones had 9 targets in the opening game against Washington, catching six passes for 65 yards. Christian Kirk is the primary receiver for the team, but with Marvin Jones looking like he was struggling, Zay Jones could step up as a secondary receiver on a team that is going to need to play catchup.

Davis led the Jets receiving corps in Week 1, with 6 receptions for 77 yards. The Jets offense isn’t doing what they designed it to do, that much is clear when the team have invested capital into talent like Elijah Moore and Garrett Wilson. But for Week 1 at least, his veteran presence wasn’t ignored by Joe Flacco.

At last we may see Howard show us why he was such an exciting prospect a few years ago. Circumstances went against him in Tampa but he appears to have landed at a place where he will be a key target behind Brandin Cooks in a team that will more often than not be chasing the game. He finished as a top ten tight end after a 2 TD display and notching up 38 yards from his two receptions. I’m stashing him as I think Brevin Jordan will still be their guy, at least early on.

Conklin caught the lone TD for the Jets last time out, which really saved his fantasy day after only catching 4 of his 7 targets for 16 yards (and the score). In two-TE leagues, he might already be owned, but Flacco at least looked his way to start the season. Potential for targets is all we are looking for at this depth.

There you have it! Our Week 2 Deep Dive Waivers. Any questions, or want some more specific help for your league on who to drop, just reach out. Reach out on social media, you can find us on Twitter, Facebook, and Instagram. Or jump into our Discord server. And checkout out rankings for each Week.