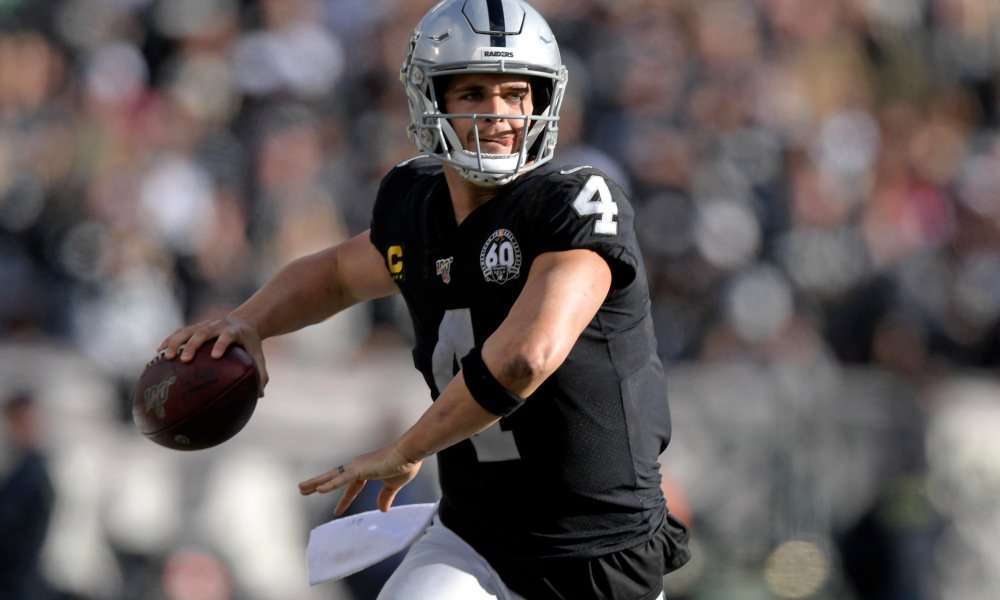 Another interesting week in the NFL. We are returning for Week 7 with our Dynasty Buy and Sell column. Each week, we will identify players that are targets to either acquire or move on. The window on some players is extremely short, so you should act now!

AJ Brown is a stud. I talked about him as a buy low a few weeks ago and hopefully you did. If you didn’t the window is closed, his price has only gone up since he returned to the field.

There has been a lot of discussion around DK Metcalf and CeeDee Lamb being the top 2 young dynasty WRs moving forward. But for me, AJ Brown 100% belongs in that conversation.

Brown has now put up back to back 20 point games since his return from injury. Now maybe a good time to remind you AJ Brown finished as the WR6 from week 8 onwards last year.

The major question mark heading into the year was not around AJ Brown. Instead, it was that the Tennessee offense was unsustainably efficient once Ryan Tannehill took over. Well, it’s 2020 and that efficiency has continued as they currently lead the NFL in EPA/play.

Brown is elite across the whole route tree, but particularly dominant on in-breaking routes. Routes where he can use his physical frame in much the same way Julio Jones has for the last 10 years.

I’d be very comfortable paying two future firsts for AJ Brown. But my favourite move is pivoting from an older stud like Michael Thomas, Devante Adams or DeAndre Hopkins. Buying back several years without giving up much production in the short term.

I recently ran a poll on entitled which Steelers Wide receiver would you own in dynasty. Chase Claypool, Diontae Johnson, or Juju Smith-Schuster. With the reactive nature of polls on twitter I expected Claypool to win but didn’t expect it to be quite so much of a landslide.

I’ve talked already this offseason about Diontae Johnson and the fact that he only scored 20% highlights that he is still a buy. However, I didn’t want to repeat myself so instead, I want to focus on Smith-Schuster.

His outlook for 2020 isn’t great; his current ADOT is just 5.0 yards. With that ADOT he would require huge volume in order to provide useful fantasy production. The issue is, it just isn’t there. He just isn’t seeing that volume averaging 6 targets a game (17% target share). So if I’m this low on him in 2020 why is he a buy?

Smith-Schuster is a free agent after this season and I am very confident he will be on a different team. With this comes some risk, as he could end up in a terrible situation. But he is likely going to be the prized asset in what is projected to be a weak receiver free agency class. That should mean that wherever he ends up, he will get a decent shot at leading the offense.

I’ve not even mentioned that Juju is still only 23 years old! For reference, the Rams drafted Van Jefferson this year and he is 24!

You don’t have to act quickly on this one as I think Juju’s value will stay the same over the coming weeks. It might even drop when Diontae returns to the field.

I’d feel comfortable paying a future 1st for Juju, but you are likely able to get him cheaper.

I believe the perception of Derek Carr is that he is a below average QB who is likely to lose his starting job. Either in-season or at the end of the year as such he is currently the QB27 in fantasy pros consensus ranking.

Carr’s contract looks fairly moveable at the end of this season. The Raiders can move on from Carr at the end of this year and save $20m in cap space. However, where are they going to find a better QB than the $22m he is due to make next year?

Any potential veteran QB is going to command a much higher salary than $22m. Furthermore, the Raiders are unlikely to be in a position to compete for one of the three top tier QB’s in this year’s draft. That is unless they give up a lot of draft capital to move up.

So I fully expect the raiders to run it back with Carr in 2021 and possibly beyond. Carr is currently the QB18 in points per game and offers a solid weekly floor as a QB3 in Superflex formats.

Carr is available for less than a first in Superflex formats, any weekly QB starter is worth that. One that is putting up almost 20 points a game is easily worth that!

Irv Smith was a preseason darling of many. Touted as a breakout TE to target in the later rounds of your redraft leagues. He didn’t produce early and seemed to drift away from people’s consciousness. However, with back to back solid weeks where he has posted stat lines of 4-64-0 and 4-55-0 he is back.

More interestingly he has out-targeted Kyle Rudolph in both of those games and seems to have secured the receiving TE spot. If you’re a contender this year he may not be the best buy. He is unlikely to return consistent stats on a weekly basis. But if you’re out of it this year he is a fantastic option to build around for next year and beyond.

The current price is around a future 2nd. However, depending on the league you may struggle to attract him for that sort of price. But personally, that’s about as high as I’d pay for a TE not named Kittle, Kelce, Fant, or Andrews.

Every year future draft picks wax and wane in value as people go through the process of focusing on this season over future years. We are now approaching the point at which future draft picks are at their lowest in terms of relative value.

As multiple teams are trying to tool up for a title push draft picks are readily available. Next year’s draft is looking like it will be absolutely loaded with elite prospects at all four major positions. There seem to be at least 3 franchise QB’s, 3 Elite RBs, 4 elite WRs including Ja’Marr Chase who could be the best receiver prospect in the last 3 years, and Kyle Pitts who depending on landing spot could be a top 5 Dynasty TE from year 1.

I was really excited about Drake coming into the season. He was a league winner down the stretch last year, off the back of an elite rushing performance and a strong receiving volume.

Last year Drake saw above a 10% target share in every single game he played in Arizona. This year he hasn’t touched 10% in a single game.

Watching him run this year he doesn’t look the same explosive runner, he’s wanted to bounce everything. Monday night Drake had a fantastic fantasy performance putting up 28.4 fantasy points. However, I think this is the perfect window to offload Drake now when people may be believing he’s back. The underlying stats did not differ on Monday.

He saw a snap share of 68%, an 8.3% target share, and a 57% rush share. All very much in line with his season averages. The difference was Drake broke a couple of big runs against the porous Dallas defense including a 69 yard TD.

If you watch that run how many RBs in the league don’t score there? As long as they’re running a sub 4.6 and have average vision to spot the lane- they’re scoring.

If you can get any future 1st for Drake I’d absolutely take it. I do not believe he will have another 20 point fantasy game the rest of the season and being a free agent in the offseason who knows where he will be a year from now.

So that’s it for the Week 7 edition of dynasty buy and sell. Remember, you can find all of our dynasty articles here, and all of our work is posted across our social media channels. We are on Twitter, Facebook, or Instagram.