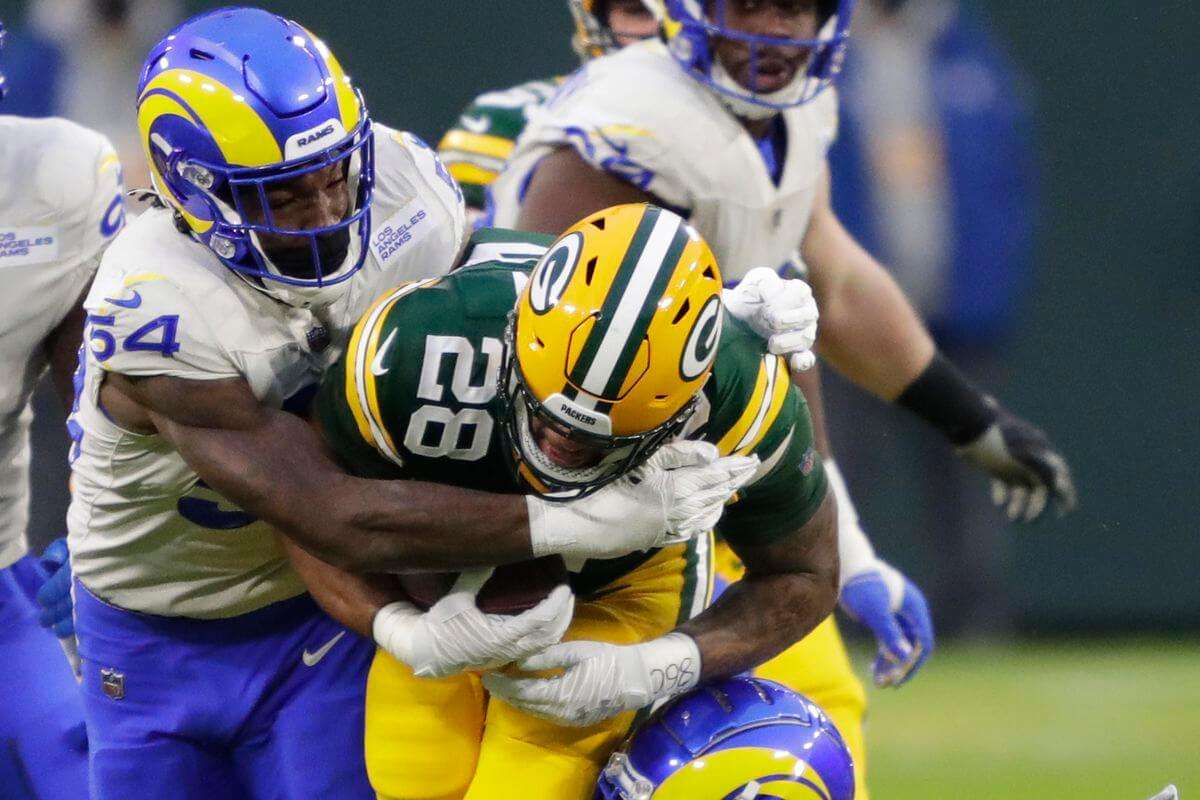 You’ve read about zero RB in every which way, but what about a Best Ball spin? The anecdotal based Zero-RB outlier reaches were 24 carat Gold in 2020 Redraft if you bid correctly during FAAB, but Fools Gold for Best Ball.

Zero-RB brings up THE most important rule of Fantasy Football that constantly gets overlooked. #1 pillar of making money playing fantasy sports. Player evaluation? Schedule? Sentiment? Analytics vs. Film? No. The sharks know the answer. Its boring. Easy, free, and boring as watching paint dry. Clearly understanding your leagues format and scoring.

WHAT! I did not open this article for something so mundane. Sorry, making money isn’t about flash, its pinching pennies. Zero-RB will always center around the league format, like most decisions you make should. If you are approaching DFS, Dynasty, Best Ball, Redraft all with the same strategy and exposure goals, we have to schedule a serious fantasy intervention. With this being a Best Ball-focused article, that’s where our attention will reside.

However, it helps get the point across if we understand why Zero-RB works better in Redraft vs. Best Ball. In Redraft, you get a dozen or so ‘outs’ with the waiver wire. Christian McCaffrey got hurt last year? Allocate FAAB to Mike Davis. Imagine Best Ball is placing 10% of your FAAB every late pick, ouch. That makes guessing the replacement back extremely difficult, as well as the opportunity cost you just ate. If I want the upside of a Tony Pollard, I can just attack him in Redraft and stash. Don’t try and sort when he plays, I can just wait until the chance Ezekiel Elliott is out of the equation. I can’t hold that risk in Best Ball. Remember, zeros lead to losing in Best Ball.

Every week Elliott still is the Bell cow, my odds of winning my Best Ball leagues falls if I drafted Pollard. Now, what if that Elliott drafter also hits on WR/TE/QB? It’s going to be an uphill climb. Remember, there are no playoffs in Best Ball, whereas in Redraft, oftentimes the best team is the 4th place squad going into playoffs. Good enough to make the playoffs, and had a few injuries fall correctly and now is favored in matchups. That doesn’t work in Best Ball.

There are often teams in Best Ball, that finish Week 16 with the most points, but don’t win because their cumulative score was lacking. In 2020, as predicted, we had a gnarly RB ‘Dead Zone’, with no Positional ADP 34-62 RBs finish top 25. That is astounding. In the contrast, RBs drafted within the top 20 ADP, none fall out of the top 30 actuals outside of injured McCaffrey/ Mixon.

Zero-RB candidates, and their finishes by ending Position ranked actuals, vs. their Positional ADP.

Here we see WRs stretch their ADP to Actuals by a wide margin. Several late round WRs made a splash and entered in the top Actual points. We don’t have to wait for an alpha to get hurt for WR, we can play into the variance of a 3/4-WR set from the opening snap of the season. Many Zero-RB candidates don’t even break a sweat until later in the afternoon. We can obtain players with extremely high snap share, in the triple digit ADPs at the wide receiver position. The volatility for WR comes from targets, not so much opportunity share. Here we have several top 30 WR Actuals, that were drafted later than ADP of 50+.

There is so much hindsight bias out there when we think of James Robinson, Jeff Wilson, and Mike Davis, these weren’t Zero-RB grabs. They were waiver-wide additions or late fliers. There is a large difference.

UDFA unicorn known in Fantasy folklore as James Robinson. Why is he folklore? A myth that cogs the shadows of your anecdotal process? HE DIDN’T EXIST IN BEST BALL LAST YEAR. HE ISN’T REAL. 10% OF PEOPLE DRAFTED HIM. There were a handful of people, that barely drafted him in the top 300 before the sprint at the end of August. I draft Best Balls for about 5 months, so the last 2 weeks does not exactly move the needle for me.

Mike Davis, another player that harbors a batch of incorrect abominable takes from established fantasy analysts, was not being drafted all Summer. Calling James Robinson, Jeff Wilson and Mike Davis great 2020 Best Ball picks is not only embarrassing, it’s a lie.

A few Mike Davis handcuffs around pick 320 here and there, and only ~9% of drafts had Jeff Wilson drafted! A literal few before August. There were 1,577 Best Ball leagues at FFPC last year. For the 28 round format, that’s 44,156 player slots and only 682 draft occasions of the above-mentioned players! Instead, Zero-RB drafters were soaking up exposure to Sony Michel, Boston Scott, Tony Pollard, Kerryon Johnson, and Marlon Mack.

Here we see the sparce ADP activity on these exotic rare birds, a very quiet Summer 2020:

I can still draft Aaron Jones and Cam Akers, and still use FAAB for my flex if it’s worth the gamble for a starting RB. We need to stop trying to find the outlier, trying to obtain 3% share of each late round RB, and focus that energy on upside WRs who are going to have a chance to put up scores week 1. Zero-RBs worst forecasted week is the first one of the season, and hope for a chaos grenade after that. Zero-RB would play successfully into that fragility, if we had a 50 week season. Every starting RB would burn out or get hurt. The problem with the NFL is it’s a short season with a small sample size. It’s the time element that kills a Zero-RB team. Let me explain with some simple math below:

Its week 8, 2021. You are in 6th place going Zero-RB. Your WR/TE/QB studs have proven to be a solid choice, but your RBs still aren’t able to fill both slots weekly. Your Pollard/Mattison has been dragging you down, but have no fear, Zeke/Cook just went down with injury. Alas! Pollard/Mattison now have starting roles, and the system projects you to have the highest point total of the week. Smash! Right? Wrong. There is only a ~8% chance the person in first place has the incumbent RB that just got hurt.

If that is the case, there is a 92% chance that team keeps humming with the accurate draft choices. You are in 6th place and its week 8, you have 1,300 points. First place has 1,550. You are down 250 points. Even if you keep pace with the 1st place team, you will run out of time. Even if you outpace them by 20 points a week, which is unlikely given their high scoring team, you would still run out of time before the end of the season. This is even more extreme with tournament Best Ball. Playoffs start around week 15, meaning your Zero-RB strategy has even less time than you originally planned. Not only do you need to make up ground, you have to hope the incumbent back doesn’t come back from their injury and relinquish the starting role.

If we take a look at Win Rates Above/Below Draft Position for RBs, the Dead zone of non-starters becomes apparent. The position and its solo nature is a killer for these afterthoughts.

If we now look at WR, we actually find the most fertile ground for soil. We see the position landscape change as we get into the 5th round and our player count gets over 60.

Okay, I understand there are teams where the roles are more of a 1A to a 1B, and the opportunities are muddied, and those are attacked differently. However, if we enter into a situation where we start muttering excuses of scenarios for our teams RB2 to outscore their ADP, ‘If, when, maybe, sometimes, but..but..but..’ we run the risk of running out of time. The strategy is sound, and certainly plays into a lot of clever assumptions about the sport. The problem is Zero-RB makes sense if the NFL was a longer season, but it just isn’t. Zero-RB is simply about running out of time. Don’t run out of time, don’t draft RBs who don’t play. Don’t find outliers. Find Robust RBs that catch passes, and go win your league.